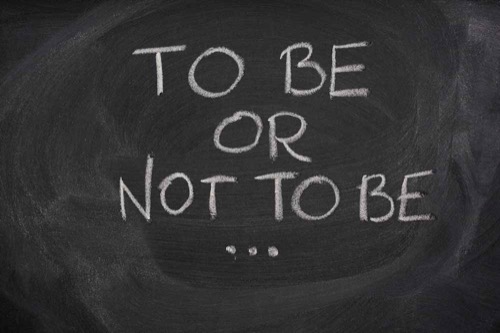 Wouldn’t it be great if there were a nontoxic cancer treatment that effectively killed tumor cells without causing any harm to healthy cells in the patient’s body? Or how about a chemical that could make antibiotics effective against bacterial strains that have become antibiotic resistant, such as pneumococci or MRSA (methicillin-resistant Staphylococcus aureus)? Solving just one of these tasks would be a medical miracle, and yet a team of American and Swedish researchers has shown that both are possible. Even more amazing is that the solution to these two seemingly disparate medical issues comes from the same molecule, a protein-lipid complex found in human breast milk called HAMLET (human alpha-lactalbumin made lethal to tumor cells). And unlike its Shakespearean namesake, the actions of milk-borne HAMLET are anything but tragic.

Alpha-lactalbumin (LALBA) is the most abundant protein in human breast milk and is known primarily for its role in synthesis of the milk sugar lactose. In its “native” or folded state, this protein has no affect on tumor cells or bacteria. However, when LALBA unfolds and combines with oleic acid, an omega-9 fatty acid commonly found in human milk, it takes on a whole new set of skills.

In human infants, HAMLET is formed when the milk reaches the stomach; LALBA unfolds when it comes in contact with digestive acids and then combines with milk oleic acid. In the lab, researchers are able to create HAMLET by unfolding LALBA isolated from human milk with EDTA (ethylenediaminetetraacetic acid) and then adding oleic acid. Experiments with the “man-made” HAMLET have highlighted what this protein-lipid complex does for human infants as well as its numerous medical applications outside of the infant gut.

The tumor-fighting powers of HAMLET were discovered in 1995 by what the researchers called “serendipity” (Hakansson et al., 1995). They were investigating whether human milk proteins might block adhesion of bacteria to cancer cells and instead found that one of the milk proteins actually killed the cancer cells while leaving the normal cells unharmed.

Researchers later identified that killer protein as HAMLET and found it could differentiate a normal from a malignant, or tumor, cell. Although it works its way inside the cytoplasm of all cells with which it comes into contact, only in tumor cells does it go beyond the cytoplasm and enter the nucleus (Gustafsson et al., 2005). Once in the nucleus, HAMLET interacts directly with the DNA as well as the proteins (called histones) that surround and package the DNA into chromosomes. The damage HAMLET causes to the cell’s DNA ultimately results in the cell’s death. More specifically, tumor cells exposed to HAMLET undergo programmed cell death, known as apoptosis. HAMLET breaks down the machinery needed for the cell to replicate, leaving the cell with no option but to commit cellular suicide (Gustafsson et al., 2005).

HAMLET has shown promise in treating multiple types of human cancers, including several in vivo experiments (reviewed in Gustafsson et al., 2005). For example, topical application of HAMLET reduced the size of human skin papillomas (pre-cancerous lesions caused by HPV) in 100% of the patients without causing any negative side effects. Additionally, HAMLET inhibited the development of human brain tumors (glioblastomas) grafted into rat brains. Postmortem analysis of the rats’ brain cells demonstrated telltale signs of apoptosis in tumor cells, including fragmented DNA, but no changes to the normal brain cells that surrounded the grafted tumor.

It seems strange that a molecule that targets cancerous cells would be found in human milk – how might it benefit human infants? Researchers speculate that HAMLET may be critical in helping infants regulate the growth and development of their gut mucosal tissue (Hakansson et al., 2011). With so much cellular proliferation (i.e., mitosis) going on during the first months of life, particularly in the maturing gut and its surrounding lymphatic tissue, there is the possibility for some cells to get carried away in the business of making copies. HAMLET would be able to effectively target these cells and eradicate them before they became malignant.

As if taking out potential cancerous cells isn’t enough, HAMLET also may help infants fight off infections. Hakansson et al. (2011) demonstrated that HAMLET has eyes for both malignant cells and specific bacteria that target the respiratory tract, including Streptococcus pneumoniae and Haemophilus influenzae. Interestingly, its method for eradication for both types of cells is the same – apoptosis – despite the fact that bacteria (as prokaryotes) lack the specific targets found in tumor cells (namely, a nucleus and DNA bound by histone proteins). Nevertheless, HAMLET goes after the bacterial DNA and causes it to fragment, leaving the bacterial cell with no choice but to shut down operations.

If the story ended here, HAMLET would certainly be regarded as one of the more amazing molecules found in human milk. But HAMLET is a bit of an overachiever and apparently is not content with simply causing cellular death in tumor cells and particular types of bacteria. Indeed, HAMLET appears to be able to do the impossible – it makes antibiotic-resistant bacteria susceptible to antibiotics.

Antibiotic use creates strong selective pressure for the evolution of resistant strains, and many bacteria have evolved resistance to multiple antibiotic classes, such as S. aureus, the bacteria that causes staph infection (the multiple drug-resistant strain is now known by its own acronym, MRSA). Simply creating new antibiotics only provides a short-term solution to this major public health issue. What is really needed is a way to make the current arsenal of antibiotics effective again. Enter HAMLET.

When HAMLET is used in conjunction with antibiotics, resistant strains of bacteria become sensitive to antibiotics (Marks et al., 2012, 2013). These results were not due to HAMLET applying its usual trick of inducing cellular death. Researchers purposely used very low concentrations of HAMLET (what they called “sublethal”) on bacterial colonies in the lab and still found a reduction in the size of the colonies. In conjunction with antibiotics, low levels of HAMLET appear to increase the binding and uptake of the antibiotics by the bacteria and also inhibit bacterial reproduction. Importantly, these results were found even in bacterial species that were previously resistant to HAMLET alone (e.g., MRSA). Indeed, Marks et al. (2013) noted that the one-two punch of HAMLET plus antibiotics was more effective in killing MRSA than S. pneumoniae, a bacteria that HAMLET can easily kill on its own.

Cow’s milk gets in on the act

If HAMLET has a flaw, it is that it comes from human milk and therefore is limited in large-scale clinical applications. However, LALBA also is found in cow’s milk, and when it unfolds and combines with oleic acid, it forms a complex known as BAMLET (bovine alpha-lactalbumin made lethal to tumor cells). As its name suggests, BAMLET has been shown to kill several types of cancer cells in the lab and bladder cancer in rat models (Xiao et al., 2013). However, the way it leads to tumor cell death differs from HAMLET; BAMLET destroys the cell’s lysosome (an organelle in the cytoplasm responsible for breaking down cellular waste) rather than the nucleus and thus does not directly interact with DNA or histone proteins (Rammer et al., 2010). Perhaps this difference in target is due to the fact that human LALBA and cow LALBA are not identical proteins (they share approximately 71% of their DNA (Xiao et al., 2013)). It is not yet known how this molecular difference affects BAMLET’s ability to make resistant bacteria sensitive to antibiotics, but hopefully researchers will tackle that question soon.

This HAMLET has a happy ending

It seems remarkable that the combination of a protein and a fatty acid could produce a molecule that causes cellular death of tumor cells, without harming normal cells or causing side effects, kill specific types of bacteria that cause respiratory infections, but not harm good bacteria or normal cells, and make ineffective antibiotics once again effective in fighting bacterial infections. But perhaps most remarkably it has been hiding out all of this time in human milk, performing the important job of increasing infants’ immune responses while keeping cellular growth in check.

5. Marks LR, Clementi EA, Hakansson AP. (2013) Sensitization of Staphylococcus aureus to methicillin and other antibiotics in vitro and in vivo in the presence of HAMLET. PLoS One 8:e63158.