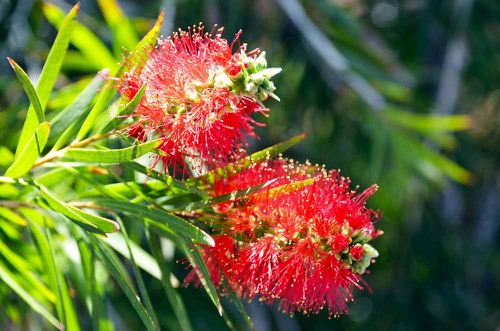 Decoys are commonly used in hunting, politics and warfare. Their attributes are deception and diversion.

The finer skills of a decoy are best exemplified in biology where millions of years of evolution have honed the occupation into a highly efficient art form. One example is a molecular decoy in milk that expertly plies its trade of deception and diversion to protect individuals from disease-causing bacteria.

A recent publication by Claire Gaiani and 11 colleagues highlights the important role of milk fat globule membrane proteins in preventing attachment of bacteria to gut cells [1]. The investigation, published in Colloids and Surfaces B: Biointerfaces, raises new questions about probiotics containing bacteria stabilized by dairy-based food matrices [2]. Probiotics contain bacteria that promote gut health. The investigators are located at the University of Lorraine (France), University of Antwerp (Belgium), and the Catholic University of Leuven (Belgium).

Many scientists report that large populations of different bacterial species are present in the human gut where they aid digestion of food [3, 4]. Preventing bacteria, especially disease-causing (pathogenic) bacteria, from crossing the mucosal cellular barrier of the gut, and similar barriers elsewhere in the body, is essential for survival. Once bacteria breach the mucosal cellular parapets, havoc ensues. The investigations of McGuckin and colleagues revealed a concentration of bacteria entrapped in the sticky mucus layer lining different regions of the gut [5-8]. The entrapment prevents the bacteria from attaching directly to the underlying cells and perturbing normal cell functions.

Mucins are characterized by a core protein heavily decorated by many sugar structures [5, 9, 10]. The molecular structure of mucin is like a bottle brush flower with its stem representing the mucin protein and the red flowers representing the dense array of sugars attached to the protein (see illustration). McGuckin and colleagues concluded that the sugar structures on gut mucins often resemble the sugar structures present on the surface of gut cells [5]. The latter structures are used by bacteria to bind to cells, which often then leads to cellular injury. Investigations led by Sando, Gaiani, and their colleagues demonstrate that milk also contains a mucin, MUC-1, that takes the fine art of deception and diversion to another level [1, 9, 10].

Milk Mucin Is a Decoy for Bacteria

Milk is exquisitely designed to suit the exacting nutritional requirements of rapidly developing infants, and additionally, it has broad nutritional and health benefits for adults. For the young in particular, milk also contains components designed to prevent bacterial infections [11]. Milk contains fat globules, which are small liquid fat droplets surrounded by a thin membrane containing a number of proteins decorated by sugars [10].

Sando and colleagues demonstrated that a principal milk fat globule membrane protein is the milk mucin named MUC-1, which is densely decorated with a variety of sugars that also resemble the sugar structures on proteins present on the surface of gut cells [10]. These investigators concluded that one of the functions of MUC-1 is to bind pathogenic bacteria, thereby diverting these bacteria from binding to gut cells [9]. This action diminishes the risk of infection of the gut in the suckling young. McGuckin and others revealed that MUC-1 is resistant to normal digestion, especially in infants, and the bacteria bound to MUC-1 are often shed in the feces [5, 9, 10]. Thus, MUC-1 has mastered the art of deception and diversion to protect the health of infants from harmful bacteria. However, what happens to good bacteria, especially bacteria used in probiotics designed to promote human health?

Probiotics contain bacteria normally present in the gut. When ingested these bacteria help to establish a natural bacterial community in the gut that aids digestion and prevents growth of harmful bacteria. Gaiani and colleagues [1] investigated whether a probiotic bacterial species, Lactobacillus rhamnosus GG, binds to gut cells grown in the laboratory. They were also very interested in whether milk fat globule membrane proteins (containing MUC-1) or a purified pig gastric mucin interfered with the binding of bacteria to gut cells [1]. The extensive sugar structures present on the latter mucin are likely similar to those present on MUC-1 in milk and therefore, the pig gastric mucin is a good model for investigating the effects of MUC-1 on the binding of bacteria to gut cells [5, 6]. The laboratory grown gut cells develop cellular structures and functions typical of digestive gut cells in the intestine, hence they are very convenient and useful [12].

Gaiani and colleagues initially used the amazing power of atomic force microscopy (AFM) to directly investigate potential interactions of the bacteria with the milk fat globule membrane proteins and the purified mucin [1]. AFM measures the number, strength, and type of interactions between molecules and particles [13]. The AFM results were unambiguous. Gaiani and colleagues reported that the milk fat globule membrane proteins and purified mucin bound strongly to the probiotic bacteria. They concluded that the nature of the forces measured for the purified mucin indicated multiple interactions with the bacteria occurring through the mucin’s attached sugars. The investigators implied that MUC-1 in the milk fat globule membrane was acting in a similar way. The investigators also used mutants of L. rhamnosus GG to identify the protein on the bacterial surface responsible for binding to the dairy proteins and purified mucin. They discovered a specific protein in the bacterial pili that was crucial for this binding interaction. Pili are long and flexible protein filaments present on the surface of many bacterial species.

Lactobacillus is a naturally occurring bacterial species in the human gut that aids food digestion. The purpose of its use in oral probiotics is to promote normal gut function after its disruption by antibiotics, chemotherapy or hospitalization. To increase the survival of Lactobacillus as it passes through the acidic environment of the stomach, it is often packaged with a stabilizing food matrix, typically made from milk proteins including milk fat globule membrane proteins [2]. Many of the dairy proteins in this matrix are heavily decorated with sugars and designed by nature to be stable in the stomach so that they can pass into the intestine where some of these proteins help to prevent bacterial and viral infections. Guerin and colleagues speculated that the presence of milk fat globule membrane proteins, and particularly MUC-1, in food matrices, while helping passage of the probiotic bacteria through the stomach, may subsequently prevent binding of the probiotic bacteria to the gut cells. This action could disrupt the health-promoting activities of the probiotic. The investigators propose that additional research is required to assess the impact of food matrices on the claimed health benefits of probiotics.