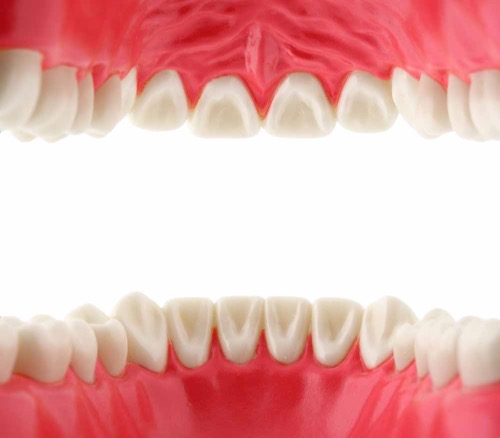 In almost every European language, milk has lent its name to the first teeth that people develop. But the association between milk and teeth is much more than linguistic, as a series of papers published this year demonstrates. Researchers from Denmark and Australia have reported that cow’s milk helps to reduce the impact of bacterial species known to contribute to the development of cavities and gum disease. Another group, in Sweden, has found breast milk to have similar properties.

The bacteria in question tend to form carpets of cells called biofilms, which most of us recognize as dental plaque. Over time, when a biofilm on the surface of a tooth becomes populated by more acid-producing species, such as Streptococcus mutans, decay sets in—and more rapidly when those bacteria are well-supplied with sugar. When a biofilm extends into the gum, it slowly destroys the tissues that keep teeth in place and also increases the risk of several cancers elsewhere in the body. The species, Porphyromonas gingivalis, is often implicated in chronic gum disease.

So how does milk fight biofilms? By chemical warfare.

At least two proteins in cow’s milk—lactoferrin and osteopontin—seem to be rather good at fighting biofilms. Lactoferrin was already known to make it harder for micro-organisms to find initial footholds on saliva-covered surfaces. In a recent study, Stuart Dashper at the University of Melbourne, in Australia, and his colleagues added to this information: they showed that lactoferrin works by impeding two enzymes positioned on the exterior of P. gingivalis [1]. In doing so, it greatly reduces the cells’ ability to stick together in biofilms, but without harming the rate of P. gingivalis cell division in a suspension. That’s okay, because in a soup, rather than an invasive carpet, P. gingivalis isn’t so bad for gums.

Like lactoferrin, osteopontin is a protein with lots of carbohydrate segments. In August, a Danish team led by Sebastian Schlafer, of Aarhus University, reported that osteopontin makes biofilms easier to break up by altering their species composition [2]. Osteopontin seems to make life particularly tough for another bacterium, Streptococcus mitis, to make headway in populating the biofilm. But the details of exactly how this protein destabilizes biofilms aren’t known. Intriguingly, osteopontin even worked its magic on biofilms that had started to form 12 hours before it was applied, suggesting it might one day be a useful ingredient in a twice-a-day tooth-brushing regime.

How does milk’s chemical warfare measure up against the alternatives? Dashper and colleagues have considered this question by studying the amount of acid released by cavity-causing S. mutans when it bobs about in soy milk as opposed to cow’s milk [3]. Meanwhile, Pernilla Lif Holgerson’s group in Umeå University, Sweden, have compared the oral bacteria of infants fed breast milk to those fed infant formula [4]. In both cases, real milk comes out on top.

In fact, in Daspher’s experiments, S. mutans made five to six times more acid when it grew in an environment containing soy milk at pH 6.5 compared to one containing cow’s milk at the same starting acidity. And even as the environment became more acidic, this harmful bacterium did better in soy milk: at pH 5.5, it produced three to five times as much acid as it did when swimming in cow’s milk. These results indicate that even though soy milk is often marketed as a health product, it is probably not doing great things for mouths around the world. One reason for this is that the calcium in soy milk is less available to act as a buffer.

To compare breast milk to formula, Lif Holgerson’s team took samples from the mouths of three month-old Swedes, and tried to culture the bacteria in those samples in their lab. They knew that the earlier in life humans pick up S. mutans, the higher their chances of developing caries. And that other bacteria can inhibit S. mutans’s growth–notably, those of the genus lactobacilli.

The team failed to grow a single lactobacilli colony from the samples that came from formula-fed infants. Conversely, the samples from infants fed breast milk either exclusively or part of the time gave rise to obvious lactobacilli populations in 27.8% of cases—not an impressive proportion, but better than nothing. Overall, the biofilms from the formula-fed infants’ samples contained more anaerobic species of bacteria, which are associated with gum inflammation. And the lactobacilli that the researchers grew from the breastfed infant samples did indeed inhibit S. mutans, as well as its friendlier cousin, Streptococcus sanguinis.

Taken together, these four papers suggest that drinking milk is the healthy option for teeth and gums. They also point to the possibility of adding the useful components of milk to oral health products. For that, much more testing will, of course, be necessary. But make no mistake: the future of mouthwash may be milky.