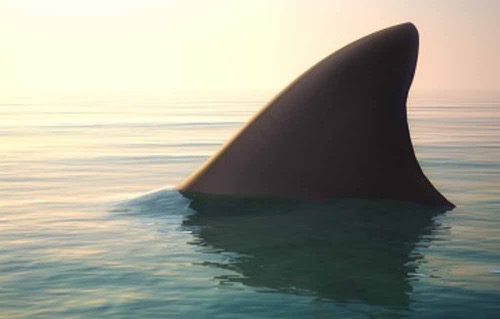 A research article published in the British Medical Journal on dairy intake and mortality is causing a lot of fuss [1]. So far, the journal has published 45 rapid responses to this article compared with an average of 3 responses to other articles in the same issue. What’s all the fuss about?

Researchers followed 61,433 Swedish women and 45,339 Swedish men for 20 years, recording death outcomes and fracture events [1]. They also estimated milk consumption based on a food frequency questionnaire. Surprisingly, they found that women who drank more than three glasses of milk per day had more hip fractures than women who drank less than one glass of milk per day. High milk intake was also associated with higher all-cause mortality in both men and women.

Meanwhile, published in the same month, a study of 94,980 Japanese men and women followed for a median of 19 years came to opposite conclusions [2]. The investigators found that higher milk intake was associated with lower all-cause mortality.

How could these studies come to opposite conclusions? First, the people in the two studies drank very different amounts of milk. The Japanese people were asked whether they drink milk “never,” “1-2 times per month,”, “1–2 times per week,” “3–4 times per week,” or “almost every day,” and 43.6% reported that they drink milk almost every day. The Swedish people drank up to 6 glasses of milk per day (1–2 glasses per day on average). Second, the two study populations had completely different genetics and environment, which is a fancy way of saying that everything about them was different.

At the end of the day, neither of these studies tells us anything about cause and effect. Just because “A” is associated with “B,” does not mean that A causes B. Often the real cause of B is a third or “C” factor, that is linked to both A and B. In a classic example, increased ice cream consumption is associated with increased shark attacks. Do sharks especially love humans who have just eaten ice cream? Fleshy outside with a creamy center? No, it just so happens that ice cream intake and shark attacks are both correlated with a third factor—warm weather.

Occurring less often than a third factor—though also possible—is a phenomenon called “reverse causation,” where “A” and “B” are linked, but “B” causes “A.” The authors of the Swedish study acknowledged that it is possible that women who were at higher risk of bone fracture may have responded by drinking more milk to prevent it [1].

In nutrition research, identification of a causal factor through observational studies is particularly impossible because nearly every diet component is correlated with every other component in the diet. If one food component is increased, another is necessarily decreased. In the Swedish study, high fluid milk consumers may have eaten less cheese and yogurt. Likewise, some food items often co-occur. The six glasses of milk that some Swedish people partake may not be a problem, but what about all of the cookies that go with the milk?

One might wonder why scientists ever bother to conduct observational studies of human nutrition when the results are suspect and tell us nothing about cause and effect. Randomized controlled trials are very expensive, especially if they are to span human lifetimes. Observational studies in humans, when paired with plausible mechanisms, provide at least some evidence on which to base dietary recommendations.

The authors of the Swedish study were motivated by the theory that galactose—a breakdown product of lactose—may have detrimental health effects [1]. On the face of it, this sounds unrealistic considering that babies have been exposed to loads of it 24/7 since the beginning of human time. Putting that thought aside, the data of the Swedish study doesn’t really support the galactose theory. The researchers found that a higher intake of cheese and yogurt was associated with lower mortality [1]. Given that cheese and yogurt contain galactose at levels similar to those in fluid milk [3–4], the negative effects of fluid milk, if there are any, cannot be explained by galactose.

Is there a “third factor” that could explain the milk and mortality associations among Swedes? Possibly, genetics. The DNA mutation that allows some people to drink milk into adulthood provided such a strong survival advantage that it spread rapidly in geographically isolated populations [5–7]. When a DNA mutation is highly favorable, its selection enables nearby deleterious mutations to persist [8]. This “hitchhiking” of deleterious mutations has even been observed near the lactase gene [9]. Thus it is expected, on principal, that those who can consume lactose will have a different disease risk from those who cannot, independent of whether they actually drink milk [10].

In the Swedish study [1], the genetic background of the study subjects is unknown. If they had a similar incidence of the 13,910*T allele—the lactase persistence allele—to that of Swedes in other studies [11], then it could be expected that 60.5% of the subjects had an excellent ability to break down lactose (T/T), 32.9% of them had a moderate ability to break down lactose (C/T), and 6.6% of them had no ability to break down lactose (C/C). It is likely that a higher proportion of Swedish subjects drinking 0 or 1 glass of milk per day would be C/C or C/T (with fewer hitchhiking deleterious mutations), compared with subjects drinking more glasses of milk per day. It’s also likely that this subset of the study population consumed more fermented milk products. Therefore, genetic background is a possible “third factor.” If milk consumption is correlated with lactase allele incidence and lactase allele incidence is correlated with disease risk, then milk consumption will be linked with disease risk even though milk consumption is not a causal factor. While it has not been proven and is admittedly just a hypothesis at this point, it is possible that the Swedish subjects’ “genetic background” could be like the “warm weather” for ice cream and shark attacks.

What’s the bottom line? In the absence of better evidence, the dietary recommendations—three glasses of milk per day for U.S. adults [12]—will not change. The totality of the evidence suggests that milk is beneficial for bone health and cardiovascular health. Consumers can relax and enjoy their ice cream without fear of sharks.