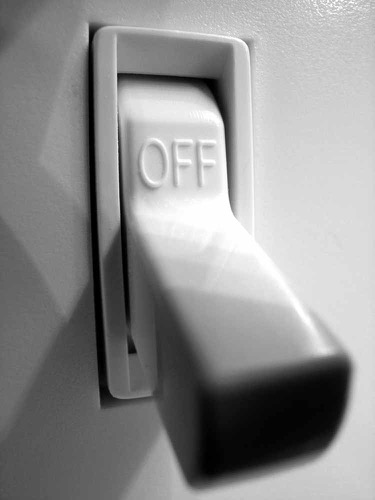 If we could travel along a chromosome, we would find genes arranged in clusters. Sometimes the genes within the cluster have some shared function, but other times they seem to be randomly organized. Lactation biologists have often wondered how the mammary gland turns on lactation and keeps the milk flowing when needed. In a recent study by Danielle Lemay and her colleagues1, they investigated the potential role of gene cluster arrangement and coordinated control of lactation. Interestingly, they found that the clusters of lactation genes may be more relevant to which genes are turned off during lactation rather than which are turned on.

The power of global databases and Internet connectivity means that a very large amount of mammary gland and lactation-associated data are now available from laboratories around the world. These data allow researchers to openly collaborate and extend analyses. Lemay et al. downloaded a series of functional lactation cycle data to perform computer-based analyses on what are referred to as gene neighborhoods and functional clustering.

First, the research required the development of a new computer tool or program to extract and analyze the data in a customized way. The tool, named G-NEST, automated the analysis of genes that were turned on during lactation and their location in the genome. When each gene was compared to every other gene in the analysis, the distance between them was a crucial factor in whether they were both turned on at the same time. There were clear neighborhoods of genes, ranging in size from two to five neighbors, that followed the same on/off pattern. This confirmed a fundamental principle and supported the view that genes are controlled in groups. However, when the researchers looked at the way in which genes that are active in the mammary gland are arranged and compared that arrangement to other tissues, they found that very similar patterns were present across those tissues and were not specific to the mammary gland. So the very specific biological functions of the mammary gland are not reflected in the way that the genes are organized.

Next, the investigators generated a set of data that identified marks on the genes and surrounding regions that reflect whether the genes in that region are active or not. They also developed a ratio that allowed them to calculate which of these marked regions were in fact active and which ones were silent. Again they identified regions that were clearly marked in the mammary gland, but these regions were similar to those in other tissues. Importantly, what the analysis showed was that the very large majority of regions were switched off during lactation.

Once lactation begins and moves past the colostrum stage, the purpose of the lactating mammary gland is to produce milk that is reasonably consistent in composition, with protein components largely dominated by caseins and a few other proteins. This provides a very important nutritional basis for the newborn. It seems the findings of the study by Lemay et al. reflected this dominance of a few gene products; that is, most genes were turned off and the cell machinery focused on producing lots of a few proteins, as well as some lipids and carbohydrates. The study also showed that active gene neighbors were unlikely to regulate the biology of the mammary gland. In fact, the more powerful regulatory genes were found outside of neighborhoods.

This research provided another piece of the puzzle for lactation biologists. It is essential in trying to understand what controls lactation, and in some cases the failure of sufficient milk production, that we appreciate the importance of gene modifications. These modifications can arise from the environmental, nutritional or health status in the womb, or early in life, and can have a long-term impact on how the mammary gland regulates milk production. This paper highlights that what is turned off in the mammary gland during lactation may be a major driver of why gene neighborhoods are needed. Less is more when it comes to milk!