Milk Makes the Most Out of By-Products 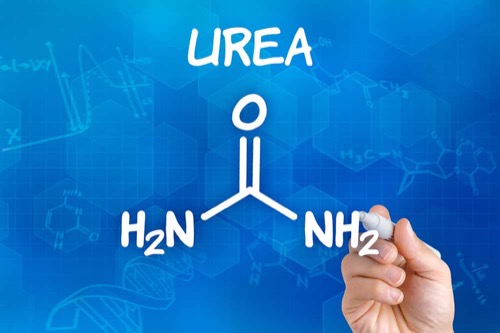 How do infants get their nutritional and developmental needs without having fully developed intestinal systems? Newborn babies are still developing in many ways, and although maturation of their gut is a high priority, it takes a while for their digestive system to work as it does in an adult. Meanwhile they need to be supplied with nutrients, growth factors, and both the beneficial gut microbes and the ingredients they need to thrive (so that they remain with that person over a lifetime!), all while breastfeeding. To achieve this, breast milk has a complex mixture of components that support all of these requirements. Of these components, we know a lot about the proteins, fats, and carbohydrates, but more recently it is the microcomponents that have come into focus. These are collectively referred to as metabolites, and in a recent issue of the Journal of Nutrition, Jennifer Smilowitz and her colleagues from the University of California, Davis, report a detailed analysis of the metabolites in breast milk (1). Surprisingly, when milk samples from nursing mothers were compared, many of the metabolites were found to be present at very similar levels.

Dr. Smilowitz collected breast milk samples from 52 mothers at the same stage of lactation, day 90 postpartum. Along with her colleagues, she then applied nuclear magnetic resonance (NMR) techniques to identify the small molecules present in the milk samples. NMR is the same technology that is used clinically for MRI but applied on a laboratory scale. Using this approach they detected 65 metabolites in breast milk. Many of the metabolites were simple sugars, with lactose present at greater than 40 times the next most abundant metabolite. Some were amino acids, the basic building blocks of proteins, or fatty acids that result from the breakdown of fats. Others were the byproducts of the biochemical processes that generate energy in cells, while the remainder were dominated by members of the vitamin family and DNA derivatives.

The scientists then reasoned that those components most similar between the samples, that is the ones that appear to be conserved, are likely there for a specific purpose. They found that the most highly conserved metabolites are lactose, urea, glutamate, myo-inositol, and creatinine. Lactose is a ready supply of energy for the infant, and it is also known to be responsible for drawing water into milk, thereby helping the milk maintain a consistent composition. They noted an additional degree of conservation in the total level of sugars. However, when the sugars were examined more closely, Smilowitz and colleagues found a distinct division into two groups—those that produce sugars with fucose in a certain orientation and those that do not.

Even more intriguing was the conserved levels of urea in breast milk. Urea is usually considered a nitrogen waste product that is excreted via the kidneys, so why is it conserved at relatively high levels in milk? The authors propose that urea in milk may provide an essential supply of nitrogen for gut microbes. This would promote the growth of those very valuable bacteria that are so critical to a healthy digestive system and important for establishing a healthy immune system in the newborn.

So once again our investment in creating a much deeper understanding of milk has been rewarded. Clearly, breast milk has evolved to be much more than a source of energy and nutrients for the newborn; just as important are the elements it contains for completing physiological development and producing a healthy human.