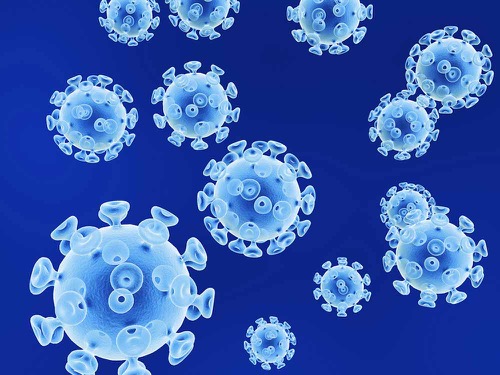 Contagious viral diseases have been the scourge of mammals ever since mammals first emerged some two hundred million years ago. There has been an arms race ever since, with viruses evolving new mechanisms to invade mammals, and in response, mammals evolve new counteractive defense strategies. The success of these evolutionary countermeasures is evidenced by our current existence, but the conflict continues.

The process of evolutionary change in response to disease threats has armed humans with a myriad of defenses, not least being those protecting the vulnerable young. Milk is likely to be front and center in this defensive arsenal.

HIV transmission between mother and infant

New research by Lohman-Payne and colleagues1 has concluded that immune cells present in human breast milk are influential in decreasing the mother-to-child transmission of viruses, and in particular HIV, the virus that causes acquired immunodeficiency syndrome, or AIDS.

The type of disease transmission familiar to most of us is typified by the flu, where there is person-to-person transmission. This is technically known as horizontal transmission. In contrast, the passing of a communicable disease agent from an infected mother to her offspring is called vertical transmission, as the agent is transferred across generations.

A large percentage of new HIV infections in many areas of the world are due to vertical transmission of the virus. In communities not receiving anti-HIV treatments, vertical transmission accounts for 30-50% of new infections. In this instance, infection of the fetus or newborn could have occurred in utero, during the birth process, or acquired during the postnatal period, especially while the newborn was breast-fed.

What is amazing, though, is that most breast-fed infants of HIV-infected mothers do not pick up the virus despite their prolonged exposure to it. There must be something protecting the infant from the virus.

Milk contains many molecules that help fight disease. These molecules include antibodies, specific sugars and lipids, and a range of proteins. Some of these molecules, like antibodies, are highly specific for particular disease agents; other molecules have broad specificities. The latter typically recognise and bind to many different types of disease agents, often not killing them, but preventing the disease agent from gaining entry into cells lining the gastrointestinal tract. The problem is that viruses, unlike most bacteria, are usually hidden within cells of the host, where these milk molecules cannot gain access.

Milk also contains white blood cells, or lymphocytes, that are the mainstay of an individual’s defense against viral infection within the body. These cells learn to recognise a specific virus, and then they activate the body’s immune defense system, which seeks out and kills virus-infected cells. Some of the lymphocytes, called cytotoxic T-cells, can directly kill cells infected with a virus. To complicate things more, HIV hides out in some lymphocytes.

The researchers examined whether lymphocytes in the milk from HIV-infected mothers could help protect sucking infants from infection. This was a large study, conducted under strict ethical guidelines, and involved 510 pregnant Kenyan mothers who had evidence of HIV infection. A total of 474 infants were born to these women and 348 (73%) of the women breast-fed their infants.

The study first showed that the HIV ‘virus load’ in milk was related to the amount of virus circulating in the mother’s blood, but at a lower level. Importantly, milk from HIV-infected mothers was shown to contain specific lymphocytes that could be activated by synthetic HIV viral protein fragments. This result indicated these specific lymphocytes were able to recognise and respond to the presence of HIV.

There was one important finding requiring more research. The researchers showed that the better the lymphocytes recognised HIV proteins (i.e., the ‘breadth’ of the response), the more likely there was a higher level of protection against infection of the infants. Perhaps artificially improving the breadth of this response in lymphocytes present in milk may be very beneficial.

In the face of the high-exposure risk of these infants, their surprisingly low infection rate is remarkable. The study potentially explains why most infants feeding on milk from HIV-infected mothers did not become infected.

We’ve heard it all before, but there is something very special about milk!