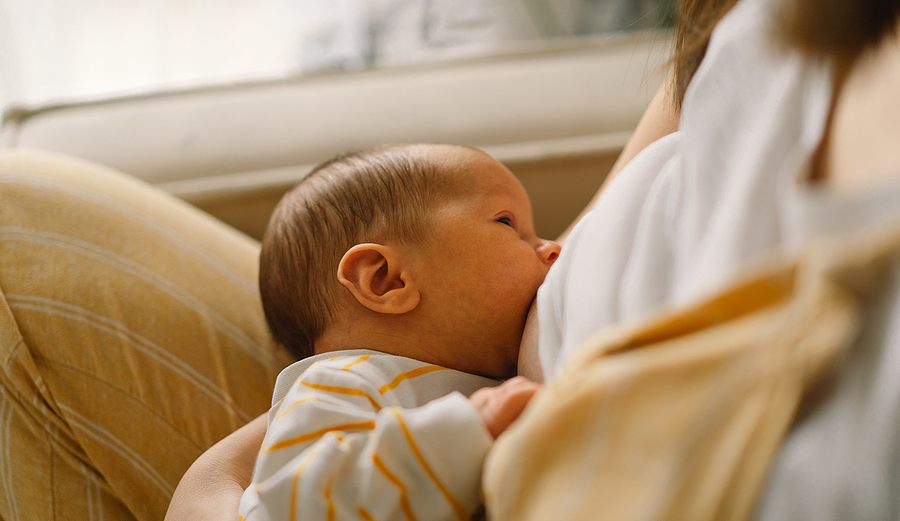 No one likes having a sneezing fit due to seasonal allergies or struggling to breathe during an asthma attack. It turns out our propensity to such allergic and autoimmune reactions may come down to what’s in our gut—or rather, what was there when we were infants. A new study finds that whether a particular bacterium, Bifidobacterium longum subspecies infantis (B. infantis), is present in infant guts influences early immune development and could thus reduce the risk of allergic and autoimmune conditions later in life. The infant gut microbiome has been shown to play a particularly crucial role in the development of the immune system. An abnormal early gut microbiome is associated with immune dysregulation, which can lead to several disorders including colic, asthma, allergies, type-1 diabetes, and Crohn’s disease [1-6].

Even though the gut microbiome as a whole has important effects on the immune system, identifying the specific microbes involved has been a challenge. One way to identify beneficial gut bacteria may be to see which ones can utilize sugars in human milk, known as human milk oligosaccharides (HMOs). Breastfeeding is known to help develop better immune-microbe relationships, and HMOs appear to play an important role in promoting the growth of beneficial gut microbes.

When researchers looked for bacteria adapted to metabolizing HMOs, they identified B. infantis, and the EVC001 strain of B. infantis harbors all fully functional HMO-utilization genes [7,8]. Studies have shown that some B. infantis strains, such as EVC001, are able to stably and persistently colonize and dominate the intestinal microbiome of breastfed infants, leading to reductions in a fecal marker of intestinal inflammation [9,10]. Previous work has also shown that B. infantis is commonly found in breastfed infants in countries such as Bangladesh and Malawi where incidence of immune-mediated disorders is low [11,12]. In contrast, it’s rarely found in Europe and North America [13,14].

“It’s very compelling that the countries that still have this strain of bacteria don’t have the levels of autoimmune and allergic diseases that we do in first world nations,” says Dr. Bethany Henrick, Director of Immunology and Diagnostics at Evolve BioSystems. “I think the reason we lost it is unclear, but putting it back does not seem to do any harm,” says Henrick.

Along with Dr. Petter Brodin of the Karolinska Institute and other colleagues, Henrick led a new study investigating the effects of B. infantis on infant immune development [15]. They found that B. infantis was associated with immune changes that help regulate inflammation and reduce the risk of allergic and autoimmune conditions. “We’re showing in this paper that one of the consequences of getting it back into babies is proper immune programming and moving away from autoimmune and allergic phenotypes,” she says.

Henrick previously found that infants fed B. infantis EVC001 had significantly less enteric inflammation or inflammation in the gut [9]. “That was pretty profound, and as an immunologist I felt like that could impact the development of or programming of the immune system,” says Henrick. “Research in the past five to ten years has shown that the adaptive immune system in particular is programmed during the first 100 days of life,” she says.

In the new study, Henrick and her colleagues examined immune development in 208 infants, evaluating bifidobacterial species and other microbes expressing HMO-utilization genes. They also assessed the beneficial effects of microbes expressing HMO-utilization genes in a second cohort of 40 breastfed infants in California, with half receiving B. infantis EVC001 and the other half given no supplementation.

“There was this ‘aha!’ moment where we found stark differences between the kids that were colonized with B. infantis EVC001 compared with the controls,” says Henrick. A lack of Bifidobacterium and depletion of genes required for HMO utilization were associated with increased markers of both systemic and intestinal inflammation and immune dysregulation during the first months of life. In contrast, feeding infants B. infantis EVC001 increased levels of regulatory molecules known as cytokines and decreased levels of pro-inflammatory cytokines. B. infantis EVC001 metabolites also appeared to shift human immune cells in a way that favored immune and inflammatory regulation and away from the development of autoimmune and allergic diseases. “Putting B. infantis back into a baby creates a bimodal shift in the cytokines and in the immune cell imprinting, and we have never seen that before with other bacteria,” says Henrick.

Henrick is planning follow-up studies with collaborators to further investigate the impact of putting B. infantis back in infant guts, including looking specifically at its potential effects on preventing or modulating eczema or type 1 diabetes. She is also planning to test the effects of reintroducing B. infantis in larger groups of infants followed up over longer time periods.

These results show how a specific bacterium, B. infantis EVC001, can influence the programming of immune cells early in a breastfed infant’s life away from pro-inflammatory responses associated with immune-related conditions while producing regulatory cells that improve the body’s ability to control inflammation. “Our data do provide a very strong mechanism of action that we can skew the immune system away from cell subtypes that are indicative or strongly associated with the development of autoimmune and allergic diseases in kids, so that we’re putting these kids on the proper immune trajectory,” says Henrick.