Milk Banks Around the World 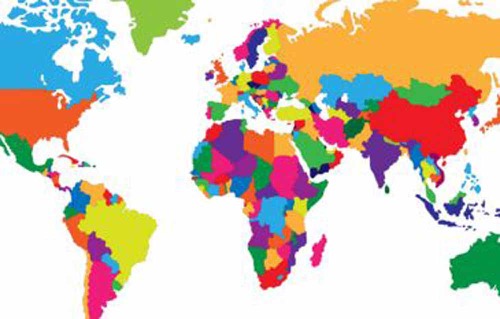 As the benefits of breast milk have become better known and the world has become more connected, sharing or selling it has concomitantly become much more common. Milk banks are the most institutionalized method of milk sharing, and probably the safest, but different countries run them very differently. As the third item in SPLASH!’s series on the subject—the other pieces can be found here and here—this article explores those differences, and picks out lessons offered to the rest of the world.

Brazil is easily the global leader in milk banking. With a history of the practice dating back to the 1930s, the country also has a three decade-old public health law that stipulates all the steps required to operate a bank, based on advice from scientists at the respected research organization, FIOCRUZ. Today, Brazil has 217 milk banks, plus another 126 milk collection points, with at least one bank in each of the country’s 26 states—from Amazonas to São Paulo. Last year, 166,848 Brazilian women donated breast milk; an even larger number of infants reaped the benefits [1].

This huge system is centrally organized; every state has a reference bank, with a national reference bank in Rio de Janeiro from which continuous monitoring of the whole system is managed [2]. An online portal called RedeBLH [3], which has won praise from foreigners [4], facilitates a vast data collection operation, and enables the public, as well as the government, to stay informed. FIOCRUZ’s Fernandes Figueira Institute—where the national reference bank is kept—also disseminates information via a newsletter, conducts research, and runs undergraduate and graduate programs on policy and applied methodologies for milk banking [5]. In early July this year, it hosted milk-banking specialists from the European Milk Banking Association, Norway, and India, seeking to learn more about the Brazilian model [6].

But success is not about just about setting up a complex and responsive infrastructure; fundamentally, it requires getting mothers on board (and in Brazil, payment for donations, which might encourage them, is prohibited). Milk banks do a lot more than merely collecting, testing, pasteurizing, and providing milk. In Brazil, they run training programs for community peer counselors who promote and support breastfeeding in urban shanties and remote villages, and they are sites where mothers can access pediatricians, social workers, nutritionists, epidemiologists, and many other specialists. In fact, they are so well integrated into the country’s public health system that new mothers are referred to a milk bank when discharged from a hospital maternity unit [5].

No other country comes close to Brazil’s level of success, but European nations tend to do a decent job. In Italy, milk banks have become much more common since the turn of the century. In a recent questionnaire sent out by the Italian Association of Donor Human Milk Banks, Italian milk banks recorded an upward trend in the total volume of donations between 2007 and 2012. However, they have problems relating to their typically small scale [4]: when the single pasteurizer or the only freezer breaks down in one of these banks, the whole operation grinds to a halt. Worryingly, the testing of mothers for lifestyle choices and infectious diseases that would make them unsuitable donors, although very widely conducted, was not found to be water-tight. Similarly, record keeping to facilitate the tracing of milk from donor to recipients was possible in only 88% of cases.

Norway stands out in the world of milk banking for choosing not to pasteurize donated milk. This would be unthinkable in most countries. But in Norway it is made possible primarily because breastfeeding rates are very high (99% breastfeeding initiation)—which is, in turn, because employment law minimizes difficult choices for mothers, and breastfeeding in public is entirely accepted. This means that demand can be met, even when screening measures for donors are extremely strict.

Unlike in most countries, Norway ensures that mothers don’t face economic burdens from donating their milk. The bank at Rikshospitalet University Hospital in Oslo, for example, pays donors about USD $20 per liter (about 57 cents per ounce) to cover expenses like parking fees, and also offers the use of hospital-grade pumps. All infants who may need donated milk are provided it free of charge. And, occasionally, the hospital even makes milk deliveries to family homes—without asking for a prescription.

The question of whether it would be better to pasteurize the donated milk is often revisited [7]. So far, the balance of opinion in Norway has remained against it. The country’s health system treats milk donation in a similar vein to blood donation, and thus elevates the importance of perfectly tracing milk from donor to consumer. The testing of donors is also regularly repeated and extremely rigorous. To date, no donor has failed any of the retesting procedures, and the population of 4.5 million generally harbors very low HIV and hepatitis rates, which makes the choice not to pasteurize a plausible option. The virtue of this choice is that the high temperatures involved in pasteurization, which are required to kill germs, also stop some of the active proteins in raw milk from working properly; these active proteins in human milk provide health benefits to infants.

On the opposite side of the spectrum to the countries discussed thus far are those where milk banking is just getting off the ground. Surprisingly, not all are places where governments are strapped for cash, or where citizens have cultural quibbles with the principle of milk donation.

Milk banks are notably few and far between in Australia, for example. Over the whole country, there are only four established milk banks, and none in South Australia [8]. What’s odd about this situation is that it was not always so. In the 1940s, it was commonplace for Australian women to donate excess milk for use in the local hospital. Scholars blame the decline on a number of factors—from excessive marketing from formula manufacturers to a lack of political will to promote breastfeeding [8]. These days, research suggests that mothers would be willing to provide what milk they could, but still sometimes come across medical professionals who don’t seem supportive of breastfeeding, and, by implication, might create barriers to the donation and receipt of breast milk.

Cultural and religious complexities around donor milk do, of course, exist. Islamic law, for example, forbids marriage between a donor’s offspring and the recipient of the donor’s milk [9]. In a recent survey of Turkish women, just over 90% said they had never previously heard of the concept of breast milk banking, 36% stated that they had problems of a religious nature with the idea, and 29% thought it would lead to social and moral problems [10]. Elsewhere, populations appear to have become more accepting of milk banking given time. This is the case in Taiwan, where the first milk bank opened in 2005 [11].

In a different bracket, however, are places where citizens have genuine medical concerns over the safety of the milk that infants might receive. This is certainly the case in South Africa, as a study by Irene Coutsoudis and colleagues at the University of KwaZulu-Natal, makes clear [12]. In a country with a very high HIV rate, the province of KwaZulu-Natal has the highest burden of all—the rate among pregnant women in 2007 was 37.4%—in addition to South Africa’s highest infant mortality.

These authors held focus groups to try to understand the attitudes and experiences associated with milk banking of both healthcare professionals and mothers. As expected, mistrust of screening standards was foremost in mothers’ minds, and even some nurses held that concern. But the work also uncovered women’s worry of being stigmatized if they accessed a milk bank, since infant feeding choices are understood in the community to be linked to HIV. Shortcomings in communication were also evident. One woman recounted being shown her baby for the first time when it was already receiving milk, and yet the concept of milk banking was completely unknown to her—and left unexplained.

As such, while the global advice might be to ‘do as Brazil does,’ or, if appropriate, ‘as Norway does,’ there are important differences that need to be taken into account to enable milk banking to work in different countries. Some of these differences, as described above, are already known thanks to researchers conducting surveys and trying to learn from women and doctors how to improve existing systems. Yet, in many places, reliable information is of as great a shortage as donor milk.