Milk and Potatoes Made the World Go Round 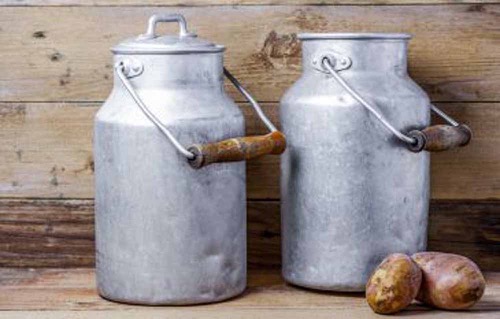 Population growth, urbanization and, as a consequence, economic and political development owe much to humankind’s ability to make use of two humble foodstuffs: milk and potatoes. That is the theory put forward by development economist C. Justin Cook, of the University of California, Merced.

In his first piece of research (1), Cook demonstrated the significance of the population frequency of lactose tolerance in world history over the past half-millennium. Beginning with data on how different present-day populations perform on a hydrogen breath test (a medical evaluation of the symptoms of lactose intolerance), Cook rewound the clock of population frequencies by five centuries. He did this by adjusting the numbers according to the known population flows of different ethnic groups.

Cook then constructed a model to statistically remove the influence of different climates and levels of technology on population growth at the time—along with other potentially important variables. According to his model, if the proportion of lactose-tolerant people in a population were to have risen by 24% in the year 1500, the population density would have settled at a level 40% higher than it started. Back then, “Any increase in income is going to be offset by population,” says Cook. “Pre-industrial economies functioned in this way.” In short, if you could feed more kids, you had more kids.

Those numbers may sound dramatic, but in the context of world history, they are barely a ripple. Lactose tolerance rates vary wildly among present day populations. For example, 96% of Swedes are able to digest the sugar, compared with only 2.3% of Zambians. Indeed, the genetic innovation that is associated with the ability to digest lactose into adulthood in Europe is often considered one of the fastest spreading human gene variants known.

In Cook’s view, lactose tolerance increased population density so effectively for several reasons. One reason is that milk offers a highly portable source of calories—more calories from a fixed number of cattle than raising and killing them for meat would have. The nutrients in milk would also have helped populations stay healthy with a mixture of complex fats, essential amino acids, and various vitamins and minerals—including calcium to increase bone density.

Furthermore, the ability of infants to digest cow’s milk would have enabled mothers to wean their offspring earlier. And this would have sooner freed up women in pre-industrial economies to give birth again, resulting in a higher lifetime reproductive output. (Although Cook admits this last mechanism is more speculative than the others.)

Aside from the latter point about reproduction, such arguments underscoring the importance of dairy in the diet must have seemed familiar to researchers who had not long before estimated the historical benefits of potatoes. When Cook’s paper was published, Nathan Nunn and Nancy Qian, of Harvard and Yale Universities, respectively, had reported (2) that potatoes account for about a quarter of the rise in population and urbanization in the ‘Old World’ during the 18th and 19th centuries.

Potatoes, of course, originate from South America. Therefore, Nunn and Qian’s argument focused on the vegetable’s introduction to Europe—which initially resulted from Christopher Columbus’s voyages. Sailors and missionaries then spread potatoes all around Europe and beyond. Just as milk offers more calories and nutrients from a herd of cattle over time than does eating them, the potato outperformed existing crops that were grown in Europe before their introduction. Nunn and Qian’s logic was the same as Cook’s: the more mouths that could be fed, the more babies were made.

With such closely related findings, the obvious next step was to combine them somehow. Hence, in more recent work (3), Cook reported the results of a model of population and urbanization growth in Europe from 1700-1900, which uses both the potato introduction data, and the adjusted lactose tolerance survey data to predict the patterns seen.

In short, Cook has found that potatoes and milk were synergistic. During this period, countries where the population was generally able to consume milk benefited more from the introduction of the potato than countries where this wasn’t the case. That makes sense because the two common shopping bag items are nutritional complements, each filling in the most obvious holes in a healthy diet left by unique consumption of the other. Specifically, populations in which everybody was lactose tolerant grew about twice as fast when the potato was introduced as populations in which nobody was.

But not everything makes sense in the data. A clear outlier to the rest of the patterns for lactose tolerance and population growth is China. “It’s the outlier,” says Cook. “China has a huge population and very low lactose tolerance… Maybe they have other kinds of beans [for protein]? I’ve thought about it a lot. But I don’t know what’s special about China.” Nonetheless, Cook seems to be successfully unraveling the history of humanity, one foodstuff at a time.