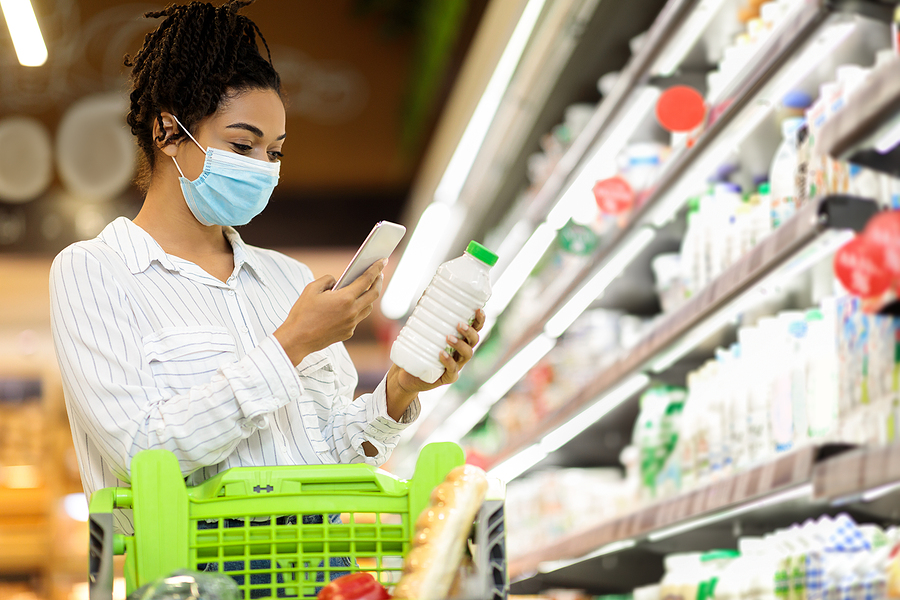 From steak and salad to milk and cereal, people enjoy a wide variety of foods from both plant and animal sources. As researchers have studied the environmental sustainability of various diets, there has been much debate about the respective roles of plant- and animal-sourced foods in such diets [1,2].

Two recent studies approach this question from an economic perspective by taking into account both the nutritional content and monetary cost of foods. “Our starting point was to find out what foods could be included for the cheapest diet possible,” says Dr. Sylvia Chungchunlam of the Riddet Institute in New Zealand, who was the first author on both studies [3,4]. “Then we wanted to see what would happen if we actually went to a plant-only based diet and how that would affect the cost of the diet,” she says.

The researchers used a type of analysis known as linear programming to identify the combination of foods that could meet all the nutrient requirements of a healthy adult at the lowest cost [5]. Foods from animal sources are particularly rich in several important nutrients, including protein, essential amino acids, vitamins and minerals [6]. As a result, the researchers tested whether animal-based foods would be present in their least-cost modelled diets, and how this diet would compare with plant-based diets.

In their initial study, Chungchunlam and her colleagues focused on the United States [3]. “We decided to go with a US study just to have a broad picture of what’s happening in the developed world,” says Chungchunlam. They used food composition data from 2016 and national food prices from 2009–2010 in their analysis, the most up-to-date comprehensive data available [7,8].

The researchers found that animal-based foods such as milk, eggs, fish and meat were included in the diet that met the energy and nutrient requirements of healthy adults at the lowest cost. “What we showed was that the cheapest diet possible included animal-sourced foods,” says Chungchunlam. “If we wanted to model a plant-based diet, that was 40% more in terms of cost,” she says.

The least-cost diet contained a large amount of milk, suggesting that dairy was particularly cost-effective at meeting nutritional requirements. “Dairy is a good vehicle for fortification and dairy is actually quite cheap, and so dairy would always tend to come into those model diets, and most of the time dairy is very culturally acceptable,” says Chungchunlam.

Of course, food prices vary from country to country, and the amounts of animal-sourced foods required to achieve a least-cost nutritious diet could vary accordingly. Given that their initial study pertained only to US food prices and took into account US government subsidies on animal-based foods, Chungchunlam and her colleagues decided to perform a follow-up study in New Zealand, which has similar eating patterns as the US but lacks similar subsidies [4]. “We wanted to see if there was a similar effect where there was not as much government subsidies in animal-based products,” says Chungchunlam.

Similar to the US study, the New Zealand study also found that foods of animal origin, such as milk, eggs, and green mussels, were required in the least-cost dietary pattern that met adult nutritional requirements. “We found that the plant-based diet was still 34% more expensive,” says Chungchunlam.

These results suggest that at least in developed countries, the least-cost dietary pattern that meets nutritional requirements may rely on foods sourced from both plants and animals. “Our next step would probably look at developing countries because the price of animal-sourced foods in developing countries is actually much higher compared with plant-based or cereal-based diets,” says Chungchunlam.

The researchers do note that their studies are economic analyses that are limited to the effect of food costs on achieving a baseline level of nutrition, and that the resulting dietary patterns have not been optimized for other features. “We’re not telling people not to have a plant-based diet, that’s their choice, they just have to be aware that it will cost more,” says Chungchunlam. “What we’re also saying is to look at which nutrients might become first-limiting if you make that shift towards those plant-based diets,” she says.

The results of the two studies suggest that animal-based foods, and particularly dairy, may be crucial for meeting nutritional requirements at the lowest cost. “When considering which foods we should include to meet nutrient requirements, the lowest cost diet needs animal foods, it needs milk, it needs eggs, and it needs fish or seafood,” says Chungchunlam. “So the least-cost diet needs animal-sourced foods to be present,” she says.

5. van Dooren C. A review of the use of linear programming to optimize diets, nutritiously, economically and environmentally. Front Nutr. 2018 Jun 21;5:48.