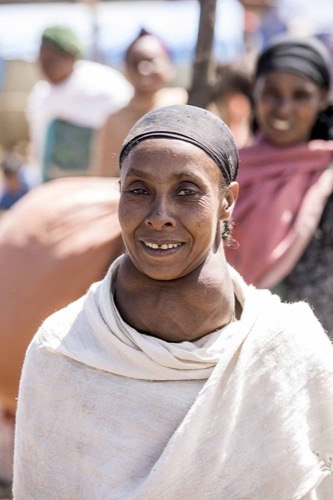 Milk is well known for being the primary dietary source of calcium, but it may be a surprise to learn that, in the U.S. and U.K., milk is also the leading dietary source of iodine [1-3]. Some of these countries’ consumers are steering away from dairy because of intolerance, allergy, or personal dietary choices. However, researchers have found organic milk [1,4] and milk-alternative drinks like soy, almond, and hemp milk [2,3,5] have only a fraction of the iodine found in conventional milk, indicating that many of those avoiding conventional dairy—especially pregnant and nursing women—may inadvertently be placing themselves at risk for iodine deficiency.

Iodine: Playing Hard to Get

Iodine is a mineral required by humans to produce the thyroid hormones thyroxine and triiodothyronine (or T4 and T3), which control virtually every metabolic and hormonal process throughout the body. During fetal and infant development, these hormones are especially critical for brain and nervous system development. Mild to moderate maternal iodine deficiency during pregnancy can result in impaired cognitive development, and severe maternal deficiency can damage the developing fetal brain and cause mental retardation [6]. The human brain continues to grow at a fetal rate during the first year of life, and thus low iodine in breast milk (due to low maternal intake) is also associated with poor cognitive outcomes [7].

Beyond infancy, iodine deficiency is most commonly associated with goiter. With insufficient iodine to manufacture thyroid hormones, the pituitary gland increases the production of thyroid-stimulating hormone, which in turn causes the thyroid gland to enlarge. Lower than normal production of thyroid hormones (commonly known as hypothyroidism) also slows down all of the body’s metabolic processes. Side effects of these metabolic changes include difficulty staying warm, weight gain, muscle weakness and fatigue, issues with fertility, and even slowed cognitive functioning [6-9].

The Institute of Medicine and World Health Organization (WHO) currently recommend 150 micrograms of iodine per day for adults, 220 micrograms of iodine per day for pregnant women, and 290 micrograms of iodine per day for nursing mothers [3]. A microgram is quite a small unit of measurement—why is it so difficult, then, for people to consume a sufficient amount of iodine? Unfortunately, iodine is as rare in the food supply as it is essential for human health; there are very few foods in which iodine is naturally found. Most of the earth’s iodine is found in the ocean and the richest natural dietary sources of iodine include seafood and seaweed, and plant foods grown in iodine-rich soils near the coasts [8]. As a result, iodine deficiency has historically had a geographic distribution (often referred to as “goiter belts”) [8]. The WHO estimates that 2.2 billion people currently live in iodine-deficient areas (usually inland or high altitude) [8], and iodine is one of the most common micronutrient deficiencies in the world [6].

The relationship between iodine deficiency and the thyroid gland was recognized in the mid 19th century, but it was not until the early 20th century that a solution was identified [8]. In the U.S., iodized salt was first made available in 1924 to people living near the Great Lakes (a well known “goiter belt”), and within a decade was available throughout the U.S. The fortification project was a success, effectively eradicating iodine deficiency and its associated disorders in a matter of years [8].

The story in the U.K. is slightly different. Despite being an island, goiter and other issues related to iodine deficiency were still common throughout Great Britain, even as recently as the early 20th century. The U.K. did not fortify salt with iodine like the U.S. Instead, and rather ironically, the U.K.’s iodine issues were solved by efforts of dairy farmers to improve the health of the country’s cattle. By adding iodine to the cattle’s food, cattle health improved and, as an unintended bonus so did human health [1,9]. Today, it is estimated that milk and dairy foods provide a third of the iodine intake for adults and 40% of the intake for adolescents in the U.K. [2].

Iodine is also an accidental ingredient in milk in the U.S., making its way into milk, and subsequently into other dairy products, because it is in a common cleaning agent used on cow udders and milking equipment and containers [4]. One eight-ounce glass of conventional milk provides approximately 110 micrograms of iodine, just 40 micrograms below the WHO’s recommended daily intake (RDI) for adults [3]. Although iodized table salt is still available in the U.S., dairy foods are the primary source of dietary iodine. Most Americans get their salt from processed foods, which do not contain iodized salt. Moreover, the majority of commercially available iodized salt brands do have sufficient iodine to meet the FDA’s daily requirements [8]. Table salt may have once helped to eradicate iodine deficiency in the U.S., but dairy foods are likely responsible for preventing deficiency today.

Iodine in dairy has been called an “accidental public health triumph” [1]. Milk and dairy food consumption were already being promoted in both the U.S. and U.K. for their benefits for bone health, and the benefits from iodine were icing on the cake. But conventional milk has some competition these days, including organic milk, and milk alternative beverages made from soy, nuts, coconut, and rice. Consumers may be driven to these options for environmental, health, (lactose intolerance, milk protein allergy) or dietary preferences (veganism, “Paleo” diet) without realizing that they may not be making an even nutritional swap.

Analyses of organic milk and milk alternatives in both the U.S. and U.K. indicate they contain only a fraction of the iodine of conventional cow’s milk [1-5]. Organic farming regulations limit the use of mineral supplements in cattle feed and in the types of cleaners and materials that are used in milk collection. As a result, organic milks contain between 30% and 45% less iodine than their conventional counterparts, with variation related to season, farm location, and cattle diet [1, 4]. The news is even worse for non-dairy milks. In the U.S., the average iodine content for 30 different brands of milk alternatives (including soy, almond, coconut, cashew, and hemp) was just over 3 micrograms for an eight-ounce glass, which is only 2.7% of the iodine content of cow’s milk [3]. Results were nearly identical (2.1%) when U.K. brands were assayed [2]. Unless these consumers are replacing the iodine from dairy with increased consumption of seafood, seaweed, or an iodine-containing multi-vitamin, they are likely to be falling short of their RDI [2-4].

Interestingly, most milk alternatives are fortified with calcium and vitamin D to approximate that found in cow’s milk—if they can fortify with those important nutrients, why not iodine? Fortification of milk alternatives is not as simple as adding in a few drops of iodine to the mixing bowl, unfortunately. Several of the ingredients used to make milk alternative drinks actually inhibit iodine absorption and reduce the production of thyroid hormones, leading to overproduction of thyroid-stimulating hormone and the growth of a goiter [2,4]. Soy is a well-known goitrogen, and thus adding iodine to soymilk may have no effect on consumer iodine status. Seaweed is actually a commonly used ingredient in milk alternatives to provide calcium and is one of the best dietary sources of iodine. These milks do have more iodine (approximately 40 micrograms of iodine for an 8-ounce serving, compared with 3 micrograms), and yet could still leave consumers with insufficient intake [1-4].

It’s a fairly safe bet that the majority of people living in the U.S. and U.K. are unaware of their iodine status. Indeed, nutritional information labels on food, including those on conventional milk, rarely indicate a food’s iodine content. Thus, if nothing else, research on iodine levels in milk alternatives will increase awareness of iodine consumption across all types of consumers. We may be aware of whether we are getting enough calcium or vitamin D, but these studies suggest that most of us need to more concerned about our iodine status.

Photo note: A goiter is an enlargement of the thyroid, which can be caused by an iodine deficiency.