Microbial Transfer from Mother to Offspring 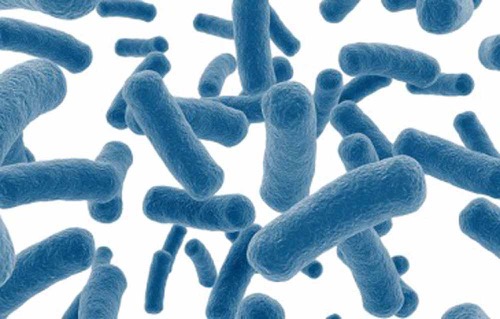 Until recently, it was thought that the maternal reproductive system is sterile, and that a baby’s first contact with bacteria was during birth while working its way through the birth canal. This long-standing dogma has been challenged by studies demonstrating that almost all tissues in the body are full of germs.

Aagaard and colleagues (1) specifically assessed the placenta. Amazingly, they reported the presence of a unique microbiome, including nonpathogenic commensal microbiota from the Firmicutes, Tenericutes, Proteobacteria, Bacteroidetes and Fusobacteria phyla, resembling to some extent that of our oral cavity. This now unmistakably shows that the baby’s first contact with bacteria is not at birth, but while still in utero.

A few years ago, Rodriguez and colleagues demonstrated by testing the meconium of healthy babies that bacteria are transferred to the fetus from the mother (7). Previous studies on the presence of bacterial strains in umbilical cord blood and amniotic fluid also showed that the embryo is clearly not sterile. Additionally, the known differences between the vaginal microbiome and that of newborn infants further reinforce the fact that the birthing process is not the initial point of inoculation.

Babies start developing their own microbiome early on during embryonic life upon contact with the placenta. This process can be influenced by a number of factors, such as preterm birth or maternal infection during pregnancy. Then, a second major microbial contact occurs during birth, followed by contact with bacteria from breast milk.

In recent years it is becoming apparent that in the normal lactating breast there is a healthy bacterial flora, which then is transmitted into the breast milk. Of the genera known to be present in human milk, the most abundant are Streptococcus, Staphylococcus, Serratia, and Corynebacterium. However, the milk microbiome is rather complex and dynamic, and at the same time unique to an individual mother and her infant. This microbial balance can change during a breast infection, such as mastitis, although it is not clear whether the symptoms are the result or the cause of this change in the microbial balance of the breast, and thus of the breast milk. What is certain is that these changes in the breast milk microbiome during a breast infection reflect changes in the lactating breast, and may therefore provide diagnostic opportunities.

What do the bacteria in milk do once ingested by the baby? Rodriguez and colleagues provided evidence that these breast milk bacteria colonize the infant’s gut, and consequently, it appears that they have a functional significance in breast milk (7). The uniqueness of the breast milk microbiome of a dyad demonstrates that the mother transmits her microbes to her baby in a personalized way, facilitating the development of the baby’s immune system and gut health in an environment-specific manner.

In addition to microbes, immunomodulatory components, such as activated immune cells and bioactive factors, are transmitted from the mother to her baby during breastfeeding, further enabling maximal protection of the newborn as well as optimal development of its immune system. What is more, these breast milk components are dynamic and rapidly respond to the offspring’s changing needs as well as to maternal factors. As lactation research progresses, more secrets of breast milk physiology will be revealed, with potentially enormous health benefits and implications for both mothers and their infants.