Medicating the Elderly with Night Milk 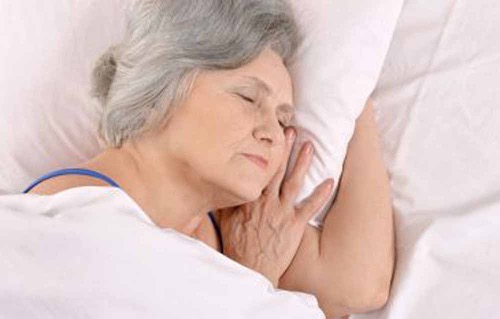 Elderly people often have trouble sleeping. For those afflicted, it’s more than mere annoyance: insomnia in old age is associated with a range of health difficulties. What’s worse, many medications that are commonly prescribed to elderly people only add to the problem—including beta blockers, which treat hypertension. This is because they lower the levels of a hormone called melatonin. Yet, melatonin levels can be increased by consuming foodstuffs that contain the hormone. One key source is milk collected from cows in the middle of the night.

The idea that the gradual ebbing of melatonin production in later years is frequently responsible for many elderly people’s insomnia has been around for some time. More than twenty years ago, a highly cited study [1] with just a dozen participants found that elderly people with sleep problems are far more likely to sleep well—that is, to sleep without waking up repeatedly—when they receive a melatonin supplement as opposed to a placebo.

The amount of melatonin in those supplements was quite a bit above what is available naturally in milk. But that doesn’t necessarily mean that natural milk levels are too low to have an effect. One problem is that milk containing relatively high levels of melatonin—and of melatonin’s precursor, the amino acid tryptophan—isn’t easy for suburban consumers to come by. Cow’s milk that sits on a supermarket shelf typically comes from a cow that was milked during the day.

The difference between milk collected during the night and typical supermarket milk is so stark, it’s as different as night and day. In 2014, a study of Holstein cows at the Federal University of Viçosa, in the Brazilian state of Minas Gerais, put the melatonin levels of day milk at about a 10th of those in night milk [2]. Animals milked at 2 a.m. in the study produced, on average, 39.43 picograms (pg) of melatonin per liter of milk. In comparison, milk from the same animals collected during the day (at 3 p.m.) contained only 4.03 pg per liter. In other words, switch the milking schedule, and you shift the components of milk. (Indeed, melatonin concentrations as high as 56.4 pg per liter have been recorded in cow’s milk, by altering the photoperiod to which the cows were exposed.)

Using this knowledge to benefit humans doesn’t require experiments in rodents for the usual reason in medical research—that of getting an idea whether a treatment is likely to work before a full side-effect profile has been established. Since humans have consumed milk for millennia, its safety is assured. Instead, studies in mice and rats offer a means to isolate the physiological effects of melatonin-rich milk from the possibly muddling influence of psychology. Unlike humans, rodents haven’t grown up with the understanding that drinking a glass of warm milk before bed will aid sleep.

The same group at the Federal University of Viçosa followed up their analysis of the melatonin concentration of day and night milk with a study to check that the differences were reflected in blood. They report that Wistar rats that drank cow’s milk collected at 2 a.m. had elevated melatonin levels in their blood plasma—a big jump up, compared to when they drank day milk [2].

In a more detailed study in 2015, the behavior of mice in response to different concentrations of night milk (and thus, melatonin) was closely monitored [3]. The mice that drank the most melatonin were those that reduced their activity and fell asleep quickest, and most easily lost their footing in a laboratory balance test. The effect was so large it was comparable to that of diazepam, the sedative.

And yet, while the rodent studies serve a purpose, it is in humans that most researchers in the field are ultimately hoping to see an effect. Very few trials of night milk have been attempted in humans.

One noteworthy study for elderly readers comes from Japan [4]. There, researchers have studied the effect of elderly people’s daily levels of physical activity on their sleep, in combination with their consumption of different dairy products. Both physical activity and consuming melatonin-containing milk are thought to aid sleep, so what about both together?

The results were much as imagined. Day milk—even with its quite low level of melatonin—improved the quality of participants’ sleep on its own. Adding exercise into the mix aided this effect [4]. These results would most likely have been more impressive, however, if night milk were specifically used.

More research into how elderly people respond to night milk would be welcome. One study more than a decade old looked at how demented patients sleep in response to drinking night milk [5], with mixed results. It had nothing to say about non-demented elderly people.

Somewhere out there, an entrepreneur with a dairy herd could fill in a potentially gaping market niche: delivering night milk to elderly people, served up as a soporific tonic. This is expectation from the animal data—and indeed from the Japanese study since it found that milk consumption improved sleep on its own. The title of the Brazilian milk melatonin-production paper implies the possibility: ‘Night milking adds value to cow’s milk’. That may be true in more than an economic sense, but first more data is needed.