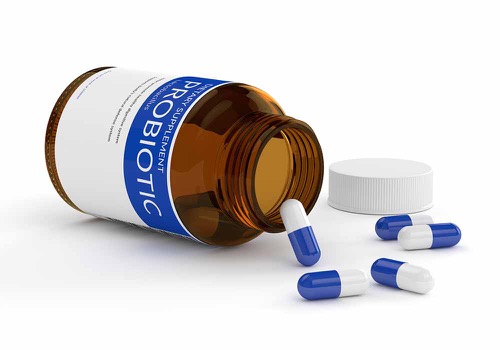 These days, the health-giving properties of human milk oligosaccharides, or HMOs, are much appreciated. The medium-length sugars, which are the most common component of human milk after water, lactose, and lipids, are not metabolized by infants. Instead, they have diverse non-nutritive roles, such as protecting infants against invading microbes, and encouraging the proper development of the growing gut. It is well established that different women secrete different collections of HMOs in their milk, and until very recently, genetics was understood to hold complete sway over this, dictating the various types and relative amounts of the various HMOs that a woman produces. In a recent issue of JAMA Pediatrics, however, Antti E. Seppo of the University of Rochester Medical Center, in New York, and his colleagues, report that women who consume probiotics have altered blends of HMOs in their milk [1].

There are four main groups of women classified by the HMOs that they make. Women may be “secretors” [2] (meaning that they have a functional FUT2 gene, and can consequently produce enzymes called fucosyltransferase-2), or “non-secretors” (who lack functional FUT2, and thus also fucosyltransferase-2). Possessing fucosyltransferase-2 endows secretors with the ability to produce HMOs in which a fucose subunit links to a lactose part via an alpha-1-2 linkage. Another gene called FUT3 makes possible the synthesis of other types of links between sugar subunits. The combination of functionality of a woman’s FUT2 and a FUT3 genes determines into which of the four main groups she falls.

The recent study undercuts the dominance of the genetic perspective. To be sure, genetics determines the biochemical raw materials available for reactions to be feasible in the human body, but it now seems that environment—in the form of maternal diet—can affect the relative abundance of the different HMOs among those that her genetics permits her to produce.

In the study, Seppo and his team defrosted samples of colostrum that were put into storage during a prospective probiotics trial in Finland. (The original trial was concerned with the question of whether probiotics consumed during pregnancy influenced childhood allergy status.) These defrosted samples were then assessed for their concentrations of 19 different HMOs, using a method called high-performance liquid chromatography. In total, colostrum was analyzed from 51 women who had taken probiotics between week 36 of pregnancy and giving birth, alongside colostrum from 30 women who had taken a placebo over the same period.

Two HMOs occurred at much higher levels in the women who had received the probiotic supplementation. These were 3-fucosyllactose and 3′-sialyllactose. Nonetheless, the overall level of HMOs was lower among women who had taken probiotics compared with placebo. The much longer list of HMO structures that occurred at lower concentrations in the treatment group include difucosyllacto-N-hexaose, lacto-N-tetraose, lacto-N-fucopentaose I, and 6′-sialyllactose.

The intriguing point about these lists is that they give clues as to the mechanisms involved. The HMOs that occurred at higher levels are both synthesized via one biochemical pathway, and those that were reduced in amount via another. This implies that the probiotics used in the study—specifically, capsules of Lactobacillus rhamnosus GG, Lactobacillus rhamnosus LC705, Bifidobacterium breve Bb99, and Propionibacterium freudenreichii subspecies shermanii—were in some way affecting the amounts or activity of the enzymes in those pathways in opposite ways. Although how exactly that is happening is unclear.

The finding that probiotics can alter the HMO component of human milk marks a sea change in how applied scientists understand the options available to them as they seek to make available to infants HMOs that they lack. Until now, the focus has been on synthesizing simple HMOs and adding these structures to infant formula, an area of research that has made significant strides [3] lately, even though there is a long way to go before these synthetic structures functionally imitate natural HMOs. Providing gestational probiotics could offer a potentially cheaper alternative. Indeed, 3′-sialyllactose—one of the two sugars for which probiotics appear to stimulate production—lowers the rate of binding of Escherichia coli onto intestinal epithelial cell surfaces [4], reducing the probability of infection. As such, one day in the not-so-distant future, late-pregnancy probiotics could be prescribed or withheld to usefully influence HMO composition and quantity.

2. Lemay, D. To Secrete or Not to Secrete. SPLASH! February 2013. Available via: https://milkgenomics.org/splash/to-secrete-or-not-to-secrete/