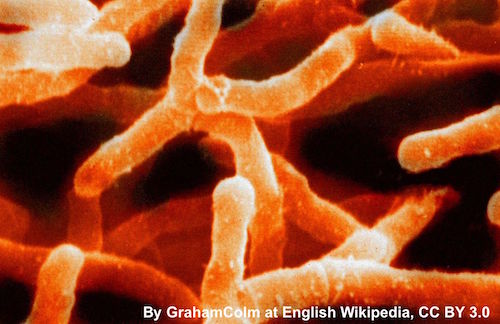 The gut microbes of infants play an important role in the early development of the infant immune system and may have long-term health effects [1]. These microbes are thought to be transmitted from the mother at birth [2-5]. However, studying where exactly the infant gut microbes originate and how long they persist has been a challenge.

In a new study, Professor Peer Bork and his colleagues at the European Molecular Biology Laboratory tracked the presence of maternal bacteria in the infant gut [6]. They found that selected maternal bacteria, particularly Actinobacteria and Bacteroidia strains that are essential components of the infant microbiome, seed the gut of vaginally-born infants and expand to form a stable community. However, the researchers did not find maternal transmission at birth in infants born via C-section. In addition, the study revealed that strains from the environment, including from family members, occasionally replaced existing strains in later childhood.

Previous studies suggest that microbes from the vagina or from breast milk are unlikely to account for the majority of infant gut species [7,8]. Infant gut microbes are most likely to originate in the mother’s gut, which contains most of the same species, although they are present at different relative abundances [5,8]. Some studies have shown that microbes present in the environment can colonize the infant gut after birth [9]. But it’s still unclear how long maternal microbes persist in the infant gut, and how the infant gut microbiome is affected by microbes from other family members and the environment.

In the new study, the researchers analyzed the genomes of gut bacteria from a cohort of family members in order to track strain transmission. They looked for rare single nucleotide variations (SNVs) shared between the gut bacterial strains of family members. SNVs have been shown to be able to track maternal transmission [8-10]. The researchers looked for rare SNVs shared exclusively between the gut bacteria of mothers and their babies, as this represented evidence of maternal transmission.

The study also showed that maternally transmitted strains were very stable during the first year of life, but later in childhood these strains were occasionally replaced by strains from the environment and from family members. Fathers appeared to account for most of the novel strains in the family environment, as they were more frequent donors of novel strains to other family members than recipients.

The researchers conclude that the transfer of gut bacteria from mothers to infants is a selective process and the maternal bacteria that colonize the infant gut persist and expand to form a stable microbiome. They suggest that the stability of maternal strains in the infant gut shows their importance relative to non-maternal strains, and hypothesize that maternal strains may have a protective effect by preventing the influx and growth of other potentially harmful strains in the infant gut. Future studies will need to further elucidate the benefits of maternal transmission and the consequences of transmission from the environment and family members.