The Many Lives of Fat Cells 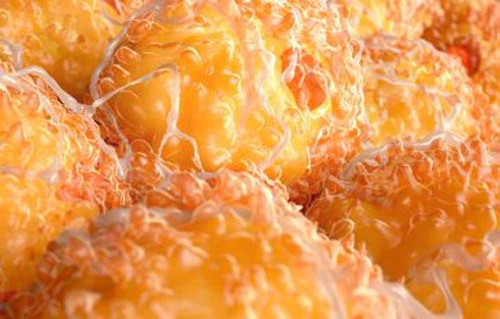 People obsess about fat. Many have much more fat than they need deposited in various locations in the body and it threatens both health and fashion. Fat has now developed a bad reputation. In times gone by, a bit of extra fat meant a lifesaving energy reserve in times of food scarcity. Indeed, the metabolism we have inherited from our ancestors was originally fine-tuned to suit the feast or famine lifestyle of the past; however, it is not suitable for most people in today’s world where food abundance is the norm. Fat is a simple thing, or so we thought. There have been several surprises of late.

Fat Tissues Are Not All The Same

The body of a mammal contains different types of fat, each with specific functions. Scientists have long known that the main functions of fat in animals are the storage of energy in the form of specific fatty acids called triglycerides and the protection of internal organs from blunt force trauma. The fat type that largely characterizes these functions is white fat (adipose) tissue, which is primarily made of fat cells called white adipocytes that are relatively large, and a single large globule of fat typically dominates their internal structure. This is the fat we all know so well.

One of the scientific surprises discovered over the last decade is that adult humans have a small amount of brown adipose tissue in the neck and shoulder region (interscapular region) close to the major blood vessels leading to the brain. Presumably, the primary function of this adipose tissue is to heat blood flowing to the brain when the body is exposed to very cold temperatures. This adipose tissue may also have a role in regulating metabolism [1–3].

Another surprise made only over the last few years was the discovery by scientists of a third type of fat that consists of brown-like adipocytes induced by diet or cold within white adipose tissue [2, 3]. Researchers call this type of fat beige adipose tissue. Even though beige adipocytes look like brown adipocytes, they are different in terms of their cellular origin and function. Scientists from several groups have concluded that beige adipose tissue might help protect people from obesity by increasing the rate of metabolism of fatty acids [3]. Consequently, many scientific groups in both the public domain and private companies are investigating dietary and drug-based strategies that may increase the amount of beige adipose tissue in obese people [3, 4].

A scientific group led by Saverio Cinti that involved researchers from six universities and three continents recently concluded that adipocytes present in mammary tissue undergo a dramatic change during the lactation cycle [5]. This is the cycle of milk production and cessation occurring in mammary tissue between one pregnancy and the next. During lactation, mammary epithelial cells secrete the various components of milk into mammary tissue alveoli (small sacs found within the mammary gland). When there is no longer any suckling by the young and removal of milk from mammary tissue, the tissue undergoes a dramatic cellular restructuring called involution that stops milk production. Some mammary epithelial cells die but most revert to a quiet state no longer producing milk.

The researchers used the remarkable genetic tools available for studying transgenic mice to visualize the fate of fat cells lying adjacent to the mammary epithelial cells during the lactation cycle. They used light microscopy and the amazing power of transmission electron microscopy to produce exquisite images of these adipose cells during and after lactation. The scientists’ approach allowed determination of the adipocyte type in mammary tissue throughout the lactation cycle.

Cinti [1] showed that during pregnancy and lactation some white adipocytes in the mammary gland converted into milk-secreting epithelia cells, quite a remarkable cellular transformation. This was already known [6]. The surprise was that when they examined mammary tissue during the process of involution they found that some milk secreting epithelial cells changed into brown-like adipocytes, a process called transdifferentiation, whereby a cell of one distinct type converts into another type. It is still unclear whether these cells are brown or beige adipocytes. However, white and beige adipocytes originate from the same cell precursors suggesting that these mammary adipocytes in involuting mammary tissue could be beige adipocytes rather than brown adipocytes. The lactation cycle therefore highlights the striking functional plasticity of adipocytes in mammary tissue. The investigators did not comment on the functions of the brown-like adipocytes in involuting mammary tissue. Clearly, the study is another example highlighting the many lives of fat cells and their underappreciated importance in diverse biological functions.