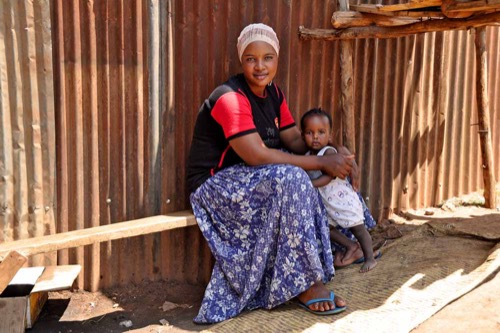 Malaria still accounts for approximately 435,000 deaths each year, and the substantial majority of these deaths—some 61%—are children under five years of age [1]. Governments of affected countries, international aid organizations and foreign donors put in place various safeguards to reduce the disease rate, including mosquito nets and preventative malaria medicine for children. Yet the World Health Organization bemoans a lack of funding in this space. In 2017, for example, 15.7 million children in the Sahel region in Africa received seasonal malaria prophylaxis, but the paucity of program funding meant that 13.6 million children who could have benefited missed out [1].

Recently, three medical scientists wondered whether human milk from mothers who at some point had been infected with malaria might also contain the antigen. So, they collected data from lactating women in Uganda, and found their suspicions to be correct [2]. It is not yet known whether malaria antibodies in human milk offer protection to infants, and if that is the case, how effective they are compared with other safeguards.

Analogy with other infectious agents suggests that protection is a possibility, though. Viral antigens have been found to pass from a mother’s blood into her milk, and some studies suggest that this helps an infant consuming the milk to develop immunity to the viruses in question [3]. Moreover, human milk provides a rich source of immune aids for infants. For the first few months of life, antibodies in milk provide infant immunity at a time of life when the capacity to produce one’s own antibodies has not yet fully developed.

The goal of the recent study was to test for the presence of Plasmodium falciparum histidine-rich protein-2 in both the blood and breast milk of lactating women. There are several types of malarial parasite, and Plasmodium falciparum is the most common type found in Africa. Hence Plasmodium falciparum histidine-rich protein-2 is the antigen in response to which the human body produces antibodies. The team—Lieke van den Elsen and Valerie Verhasselt of the University of Western Australia School of Molecular Science in Perth, and Thomas Egwang of Med Biotech Laboratories, based in Kampala—tested women who visited the St Anne Health Center III, in Katakwi District, northeastern Uganda, during both the periods of the year when malaria transmission was high in the area, and when it was low. The idea was to evaluate whether in women who were once infected with Plasmodium falciparum, but who showed no symptoms during at least the period of testing, whether antigens in the bloodstream move via the mammary gland into the milk.

The study ran during most of 2018. During that period, 88 lactating women who were asymptomatic for malaria visited the clinic, which ran tests to confirm that their blood samples had detectable levels of the malaria antigen. Of these women, 14 also had the antigen present at detectable levels in their milk. In other words, the results of this small study suggest that about 15 to 16% of lactating women of this group pass on the malaria antigen to breastfeeding infants.

The researchers also ran some preliminary tests to assess whether women with higher levels of malaria antigen in their blood were the most likely to have it pass into their milk. This appears to the be the case. Then to double check that they were not for some reason picking up false positives during the laboratory milk assessments, the team also tested milk samples from 44 women without malaria antigens in their blood. None of these samples contained the antigen.

This study’s findings are intriguing, but it would be dangerous to assume that infants who drink human milk laced with malaria antigens are immune to infection. While that would be good news for the infants on the face of things, it could also be pointed to by policymakers who wish to justify the underfunding of some existing malaria prevention measures. The authors of this study are clear that more research is needed. However, the data do add weight to the argument that women should, wherever possible, be encouraged and supported to breastfeed.