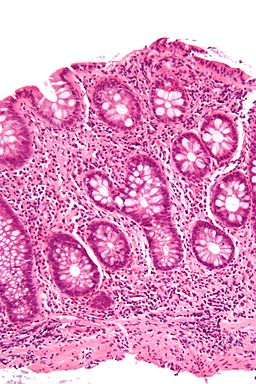 While we have long known that prebiotics can be beneficial for gut health, surprising new studies suggest that milk-derived prebiotics may also affect our happiness and our love life. Probiotics are beneficial gut bacteria, whereas prebiotics are foods consumed by probiotics. Our own consumption of prebiotics and/or probiotics can alter our gut microbiota (the microbes naturally present in our gut) by altering the ratios of beneficial, synbiotic, and parasitic species.

Current evidence demonstrates consumption of milk-derived prebiotic oligosaccharides (e.g. trans-galacto-oligosaccharides) reduces symptoms of several severe gastrointestinal disorders. Because certain prebiotics are consumed preferentially by specific gut bacteria, health benefits from prebiotics are linked to the relative populations of each genera of bacteria. Especially noteworthy is the promising new research linking the consumption of therapeutic dairy prebiotics with their ability to selectively feed on one particular microbial genus: beneficial bifidobacteria.

Inflammatory Bowel Disease (IBD) encompasses as variety of inflammatory diseases and is now the most common gastrointestinal disorder, affecting an ever-growing number of Americans, on the order of millions, with astronomical effect on the annual health care costs. Novel and cost-effective approaches to treat IBD are much needed. The problem starts with an alteration of the microbiota, and researchers now believe microbiota may also be part of the solution.

Three recent clinical studies in humans affected by IBD have shown the positive effects of probiotic bifidobacteria supplementation through decreased inflammation and the diminishing of other symptoms [1-3]. These species of bacteria are normally found in high numbers in the gut of healthy breast-fed infants; however, as we age, they species become a minority–especially in patients affected by IBD.  When that happens, other types of bacteria, such as Bacteroides vulgatus and Enterobacteriaceae prevail.

In a new study recently appearing in the Journal of Nutrition, researchers investigated the specific mechanism of action responsible for the beneficial effects of milk sugars on the inflamed gastrointestinal tract [4]. They used a mouse model of colitis (caused by a pathogenic bacterium, Helicobacter hepaticus) and found that just after 4 weeks of treatment with Galacto-oligosaccharides, the symptoms of colitis were greatly reduced compared to a placebo-fed group. This pronounced effect was associated with a 1.5 fold increase in fecal Bifidobacteria as well as cellular expression of anti-inflammatory mediators.

However, before we jump to the conclusion that all prebiotics can cure IBD, we must note that other clinical trials, using plant-derived prebiotics, were not so successful and actually made the symptoms of colitis worse [5].  Because we are just starting to understand the interaction between the milk-derived oligosaccharides, the beneficial bacteria, and their interaction with the human body, more studies are needed to clearly establish the link between milk-derived molecules and their apparent benefits.

Prebiotics may play important roles outside the gut as well. Highlighting the importance of gut microbiota on the gut-brain axis of emotion and thought, another study appeared in the Proceedings of the National Academy of Science [6].  This study reported on the effects of a yogurt, supplemented with Lactobacillus rhamnosus, fed to mice with emotional symptoms (like stress and anxiety) that are commonly associated with irritable bowel symptoms. This study demonstrated that mice receiving the treatment were less anxious and stressed. Surprisingly, the researchers found the probiotic diet caused changes in the brain receptors for a class of neurotransmitter called GABA. While the global consequences of the receptor’s changes are not known yet, it is fascinating to discover that the bacteria can have an influence on our brain and behaviour. 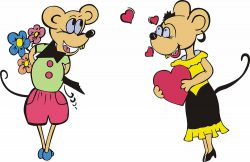 Often we associate happiness with self-confidence–which in turn may be reflected in our body language–but could probiotic consumption actually translate into increased sex appeal? Perhaps the most unexpected side effect associated with the consumption of probiotics was reported on the Scientific American Journal earlier this month [7]. A group of researchers from the Massachusetts Institute of Technology was investigating the effect of probiotic yogurt consumption on obesity when they stumbled on a side effect that was, for a lack of a better word, remarkable. Indeed, the male mice in the study receiving the probiotic yogurt were certainly noticed by the females who were likely attracted by the male’s shinier fur and the “sexy swagger” induced by their  larger testicles.  Males receiving the probiotic yogurt were able to mate more successfully and produced more offspring than the control group, while females on the prebiotic diet weaned larger litters.  Overall fecundity for both males and females was increased in the probiotic-fed group.

There you have it: probiotic consumption is associated with feeling better, reduced stress, decreased fatigue, and  increased attractiveness to mates. While this science is still in its infancy and needs to be  further proven and understood, a spoonful of probiotics seems like a more tantalizing way than ever to enhance your health and mood after a long stressful day at work.