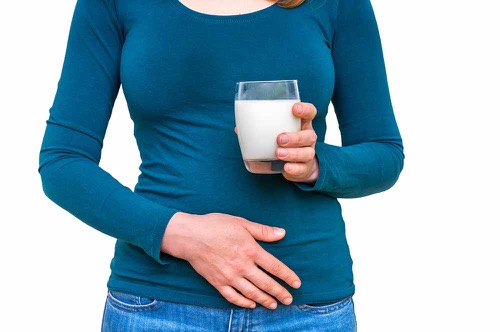 For years it has not been clear how consuming dairy products affects one’s chance of developing the two main forms of inflammatory bowel disease, Crohn’s disease and ulcerative colitis. On the one hand, saturated fats are thought to contribute to the risk, and dairy products contain these. But on the other hand, various unique components of milk, yogurt and cheese, such as certain anti-inflammatory factors and, depending on the product, even particular bacteria, are thought to be protective. Now, by far the largest epidemiological study of dairy consumption and the development of these diseases has been published [1]. It reports that people who consume milk are significantly less likely to develop Crohn’s disease than those who do not. The data for ulcerative colitis were less conclusive.

Crohn’s disease and ulcerative colitis are similar. They are different forms of chronic inflammation of the gut—a mismatched immune response to the bacteria inhabiting the digestive system. In Crohn’s disease, the inflammation occurs in patches among areas of healthy tissue, in all layers of gut tissue, and in any region of the digestive tract from the mouth to the anus [2]. Ulcerative colitis is limited to the inner-most lining of the colon, and the whole of the colon tends to be affected at once. The symptoms and generally understood causes are more or less the same. Some genetic profiles are thought to increase the probability of becoming afflicted, but it is common for only one of two identical twins to be diagnosed with either disease, which suggests environmental factors play a major role in the diseases’ development. Indeed, smoking approximately doubles the likelihood of getting Crohn’s disease [3].

The scale of the just-published study is indicated by the acronym: EPIC, which stands for European Prospective Investigation into Cancer and Nutrition Cohort. The participants were all healthy when they enrolled at some point between 1991 and 1998, which they could do in any one of eight European countries. When they enrolled, they answered detailed questionnaires about the frequency at which they consumed about 200 different types of food, including whole fat, semi-skimmed and skimmed milk, fermented milk, natural and flavored yogurt, and various categories of cheese.

More than 400,000 people did complete these questionnaires. And, over the years until, in some centers, December 2010, these individuals’ health trajectories were recorded. Exactly 244 of the participants developed ulcerative colitis over the study period. Meanwhile, 110 participants were diagnosed with Crohn’s disease. The large team of researchers involved in coordinating this study then looked for statistically relevant differences in the diets of the people who were diagnosed compared with those who remained healthy—and they did a subsequent “matching study” to ensure their findings were robust.

Isolating cause and effect was not straightforward in this case. This is because, while there are reasons to think that consuming dairy products reduces the chances of getting inflammatory bowel disease, people who are diagnosed—or think they might have it before they are diagnosed—often avoid dairy to reduce their symptoms. In other words, a correlation of low dairy intake and the occurrence of symptoms might result from the reverse causal pattern to the one that the researchers were interested in. For this reason, the researchers decided to err on the side of caution and exclude from the analysis anyone diagnosed inside 18 months of the study’s start date.

The main result, however, is straightforward: participants who were diagnosed with Crohn’s disease were more likely to not consume milk than those who remained healthy. This was the case whether or not the effects of other environmental variables, such as education level and total number of calories consumed, were statistically removed in the analysis. Curiously, the researchers did not find that the amount of milk in the diet matters, just its presence or absence—and they speculate that this could imply that consuming just a small amount of milk is enough to provide a protective benefit. Similar dietary patterns were seen in the data for people who developed ulcerative colitis, but these were not statistically significant.

What makes these results so important is that, unlike most research in this field, participants were not asked to recall what they ate and drank years earlier. Anyone who has missed a few days of a food diary and tried to fill in the gaps will realize how unreliable such information is likely to be. Before this study was published, there was only one other prospective study that sought to look for the same relationships, but it was much smaller in scale, only French women took part, and it did not examine the risks for Crohn’s disease and ulcerative colitis separately [4]. That study failed to find a link, and left researchers wondering whether this was because it did not have enough participants to reveal a real effect. Now, with more participants, both men and women, and with the diets of many different countries represented, that link has been established.