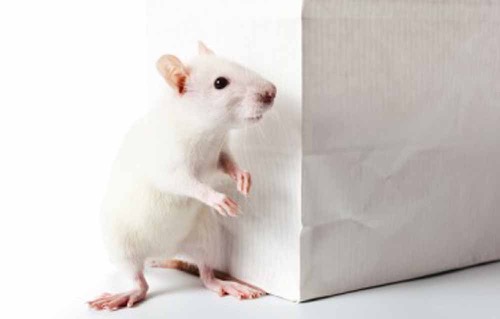 If you were to stop strangers on the street and ask them whether pregnancy and breastfeeding enhances or diminishes memory, some might lean towards an old wives’ tale: pregnancy is supposed to bring with it an underperforming or shrunken brain [1]. But why would this make sense from the point of view of evolution? Recently, researchers working on spatial memory in rats have made the point that it doesn’t. Instead, they have found that a specific kind of memory, called “object-in-place” memory, actually improves over the course of having and nurturing an infant. Their laboratory rats received a mental boost that may have begun to develop gradually during pregnancy (although it remained hardly noticeable at that point), then became significant when the rats were lactating, and remained even after infants had been weaned.

Why would this be? The working hypothesis of Katherine Tombeau Cost and her team of biologists from New Orleans is that it has to do with foraging under pressure [2]. A lactating rat is under-the-gun to find food quickly and return to protect her nest of vulnerable pups ASAP. On the other hand, a pregnant rat—or one without kids—can take her time. In a world without childcare or a means to lock your front door, it’s the equivalent of running to the shops to grab what you need, instead of dawdling in the aisles and browsing the dinner options.

Moreover, “object-in-place” memory—foraging memory, if you like—is quite a complex mental function. The brain has to recognize not merely an object, but also the object’s context, which involves the activity of several brain regions, including the hippocampus, the perirhinal cortex, and the medial prefrontal cortex. Thus, improving “object-in-place” memory seems to require the progressive action of high levels of multiple female sex hormones, and would be as difficult and delicate a task to undo as to affect.

Nor is this kind of spatial memory straightforward to test in the lab. Cost and her colleagues based their experiments on the assumption that rats are sensitive to furniture re-arrangements—that rats tend to spend much longer sniffing around an object that they know has been moved, compared with one that they know has not.

In each “object-in-place” memory test, the team placed their rats in a square box that contained a different object, such as a mug or a bottle, slightly inside each corner. After a while, the rat was returned to its normal home. Then, following either a five or 30-minute break, she was placed back into the same box, but this time two of the four objects had swapped positions. Cost et al. [2] monitored what the rats did next. They repeated this testing procedure before and after the rats became pregnant and at several time points after the animals had given birth.

The researchers also performed the memory test on childless rats for comparison. The five-minute break didn’t appear to toy with any of the rats’ memories: whether pregnant or not, lactating or not, all the rats noticed the internal redesign of the box. But strong differences in the rats’ mental functions became evident in the 30-minute-delay tests. On these occasions, it was only the lactating mothers or the mothers who had recently lactated that appeared to recall the earlier object arrangements.

In the world of the wild rat, the ability to recall where food is currently available cuts foraging time, which could make all the difference to the odds that a predator will snuff out the infants left in the nest. Or, for a more paranoid mother who really, really minimizes time away, a few extra calories might make the difference as to whether she is sufficiently nourished to have another litter down the line. This is shopping IQ revealed, red in tooth and claw.