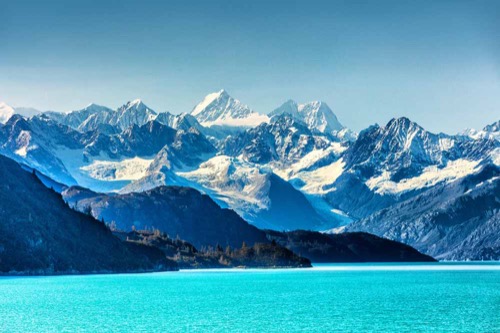 If human milk had a nutrition label, the concentration of one vitamin would really stand out. Human milk is quite low in vitamin D—lower, in fact, than the amount an infant actually needs for optimal growth and development [1, 2]. The discrepancy between the needs of the infant for this vitamin and its low content in milk can be reconciled, however, using an evolutionary perspective; human infants relied on ultraviolet B (UVB) radiation rather than diet to meet their vitamin D requirements. This explanation applies to populations that lived near the equator, who had ample UV radiation access throughout the year, as well as those that lived at higher latitudes with reduced UVB access. Indeed, the reliance on UVB for vitamin D synthesis was so vital that humans living at high latitudes evolved lighter skin pigmentation to increase their body’s ability to absorb UVB light [3].

But this evolutionary explanation comes up short when considering populations that live so far north (> 48°) little UVB light reaches the earth’s surface. At extremely high latitudes, even the lightest skin cannot absorb enough sunlight to make sufficient vitamin D. With UVB no longer an option, these populations must have had a dietary reliance on this essential nutrient to survive and successfully reproduce in these high latitude environments. Adults and children are able to eat vitamin D-rich fatty fish and marine mammals. But what’s an infant to do? In a new paper [4], UC Berkeley evolutionary biologist Leslea Hlusko and colleagues present a novel evolutionary hypothesis: at extremely high latitudes, natural selection favored increased maternal transfer of vitamin D in breast milk.

It All Started with Teeth

Milk does not survive in the archaeological record. But teeth are densely packed with minerals and are some of the most common elements archaeologists find from past populations. And luckily, some teeth may be able to tell us about milk production.

A variant of the ectodysplasin A receptor gene (EDAR V370A) is associated with shoveling of the incisors. (Shoveled incisors have a scooped out appearance on the inner surface). Among modern humans, shoveled incisors are exclusive to Native American and East Asian populations. Genetic data suggest that EDAR V370A underwent strong selection around 20,000 years ago during the last glacial maximum (LGM), when the ancestors of these modern populations were living in Northern Asia, including Beringia [4].

Shoveled teeth are the only phenotype (or observed outcome) of EDAR V370A that is preserved in the archaeological record, but they may not be the phenotype targeted by natural selection. “We know natural selection is strongest on traits that influence fertility,” says Hlusko. “So we needed to shift our focus to look at the mammary tissue.”

In mice, EDAR V370A is associated with an increase in the branching density of mammary gland ducts during embryonic development [3]. Ducts connect the mammary lobes, where milk is synthesized, with tiny pores in the nipple. Hlusko and colleagues hypothesize that if EDAR V370A has the same phenotype in humans, more ducts would increase the maternal transfer of nutrients during lactation [4].

But EDAR may not be the only factor influencing mammary anatomy; vitamin D itself likely influences the way that the mammary gland develops during the postnatal period [5, 6]. Vitamin D is a hormone, which means it acts as a signal telling cells what to do (e.g., make more of a certain protein, stop making a protein). Cells in the mammary gland and mammary adipose tissue have vitamin D receptors (VDR) and are able to receive vitamin D’s message. Researchers used an ingenious way to discern what that message might be—they removed, or knocked out, the VDR on particular types of cells and observed what happened when that message was not received [6, 7].

Female VDR knock-out mice had normal development of their mammary fat pad, but they had an increase in the density of mammary ducts within that fat pad [7]. However, this was only true if these mice were consuming a high-fat diet. These findings suggest that in female mice, vitamin D may act to put the brakes on mammary duct development during the postnatal period [6]. However, in a state of vitamin D deficiency (and with a high-fat diet), the gas pedal stays down and the duct density increases.

Could this also be true in humans? Hlusko and colleagues are intrigued by this possibility. “The populations that lived in Beringia during the LGM would have consumed very high-fat diets from marine mammals and fish,” says Hlusko. They propose that there could be other genetic mechanisms that act similarly to those observed in mice to increase ductal branching in a diet- and environmental-specific manner (i.e., high-fat, low UVB light) [4]. “The embryonic changes [from EDAR V370A] mimic those that happen during puberty and pregnancy in the knock-out mouse model,” says Hlusko. “We think the embryonic changes may amplify those other mammary developmental changes that happen later in life.” Together, they argue, these changes may increase the transfer of vitamin D in milk [4].

Putting It to the Test

Rodents provide a very interesting animal model for understanding mammary duct development and are commonly used to understand the etiology of breast cancer. However, it is possible that mammary ducts in human females may not respond in a similar manner to the actions of EDAR V370A during fetal development. Moreover, the observed changes from VDR knock-out mice during puberty and pregnancy occurred in a state of vitamin D deficiency, but human mothers in the proposed evolutionary scenario were likely not vitamin D deficient. Additional studies are clearly needed to determine if there is a threshold level of vitamin D that elicits the observed response in increased branching of the mammary ducts.

Testing the hypothesis in humans presents another challenge. The changes in duct structure are genetic but also are diet- and environment-specific. Modern humans that carry the EDAR V370A genetic variant may not provide the best models for hypothesis testing because they do not specifically mimic the adaptive circumstances experienced during the LGM.

But perhaps the most important aspect of the hypothesis is the proposed connection between mammary duct density and milk composition. Do more branches actually result in increased nutrient transfer?

Peggy Neville, Professor Emerita in the Department of Physiology and Biophysics at the University of Denver, is an expert on mammary gland biology and milk synthesis and is not convinced that more highly-branched or extended ductal structure leads to more active mammary tissue. “Certainly there must be an adaptation that allows infants to get more vitamin D in low light environments like Beringia,” says Neville. “What would be needed to get more vitamin D to the infant would be an increase in the ability of the alveolar cells to transfer more vitamin D to the milk rather than more mammary tissue. While additional ducts could lead, in theory, to an increased concentration of alveoli, it is not at all clear that increased alveolar number is related to ductal growth.”

The genetic data point to a strong selective event on EDAR V370A in populations that occupied Beringia 20,000 years ago. But whether or not that selection was related to changes in mammary tissue is still far from resolved. Moreover, the relationship between the proposed changes in mammary duct density and milk composition is not supported by our current understanding of mammary gland physiology.

It is important to note that adipose tissue in the mammary gland is not the only tissue in the body with vitamin D receptors. “There are over 220 genes that are responsive to the actions of vitamin D,” explains Hlusko. “Adipose tissue needs vitamin D to function properly, and vitamin D is intertwined with immune function as well.” The focus tends to go straight to the skeleton when talking about sufficient vitamin D. The skeleton is most certainly important, but vitamin D deficiency is likely to impact multiple physiological functions that are critical for optimal growth and development. Although it is not yet clear how infants living in extremely high latitude environments obtained sufficient vitamin D, there would certainly have been strong selection for a mechanism (or mechanisms) to increase their access to this essential nutrient. Were moms better at storing vitamin D to transfer to offspring during pregnancy and lactation? Were infants better at converting vitamin D into its active form? It will take an evolutionary perspective on mothers and infants and more work across disciplines to find out.