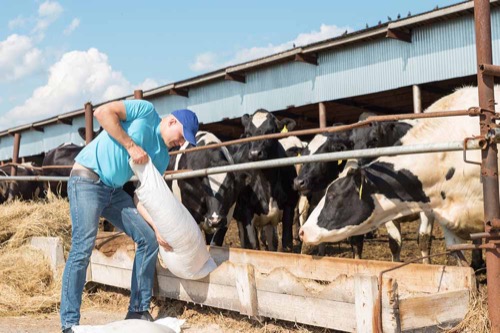 Much More Food Required by 2050

An expert panel that contributed to a 2009 Food and Agriculture Organization of the United Nations (FAO) report entitled “How to Feed the World in 2050” calculated that world food production would need to increase 70% by 2050 to meet the challenge of feeding 9.7 billion people [1, 2]. For many of today’s agricultural scientists, this is a daunting, though some say achievable, number [3].

The 2009 FAO report indicated that although additional arable land in the world could become available for growing more crops for human consumption by 2050, this land will be limited in quantity and would likely support only a narrow range of agricultural species [1]. The report concluded that food production and its utilization will need to become much more efficient. Inevitably there will be competition for resources between different agricultural industries and questions raised regarding the sustainability of some agricultural practices. There may be greater attention paid to the net benefit to humans of using human-edible plant protein in livestock feed supplements [3]. The livestock industries need extensive protein-use efficiency data to enable future decisions on the optimum use of resources for plant and animal protein production.

The human demand for dietary animal protein is growing, not just as a result of population increase, but also because there is increased demand per individual within the more affluent and growing middle classes of many countries [4]. Dairy products are rich sources of protein for human consumption. Another FAO report concluded that global milk production will need to increase by 58% by 2050 to meet demand [5]. This will be a challenge for the dairy industry, although a similar percentage increase of milk yield in the USA was achieved over the last 30-40 years [6].

Grazing ruminants like cattle have the remarkable ability to transform pasture unsuitable for other agricultural purposes into energy- and protein-dense meat and milk suitable for human consumption. The cow’s dietary protein obtained from pasture is inedible by humans; however, intensive dairying now uses plant-based feed supplements containing human-edible protein to support the increasing demand [3]. In a recent publication, Christian Swensson and colleagues from the Swedish University of Agricultural Sciences and five other Swedish institutions suggest that this practice will generate competition between the intensive dairy industry and humans for agricultural resources producing human-edible plant protein [3]. Ultimately, the practice raises a question about the sustainability of intensive dairying in a much larger world population directly competing for human-edible protein.

The research group led by Christian Swensson investigated production data from intensive dairying occurring in five locations in Sweden, each with different types of feed supplements [3]. The researchers calculated the ratio of human-edible protein produced in cow’s milk per unit of human-edible protein in the feed intake of the cow. A ratio larger than one is favorable for the dairy industry. The main conclusion was that five of the six tested regions had ratios greater than one, i.e., those regions contained cows that created more human-edible protein than they consumed. However, the investigators noted that higher milk yield tended to decrease this ratio regardless of diet. In biology, there are no free lunches.

Plant and Animal Proteins Do Not Have the Same Nutritional Value

Scientists have reported in many investigations that plant and animal proteins are different in their nutritional value to humans [7-9]. Humans and livestock break down dietary protein into its twenty component amino acids in the intestinal tract. Animals then absorb the amino acids into their body where tissues use them to synthesize new proteins that contribute to all cellular structures and functions. For humans and cows, there are nine amino acids (essential amino acids) that they cannot synthesize in the body from other molecules and therefore must come from the diet. The amino acid composition of animal protein, like milk proteins, perfectly suits the protein nutritional needs of humans.

Future assessments of the sustainability of using human-edible protein in dairy feed supplements will require consideration of protein nutritional quality in the protein efficiency calculations. These adjustments may show even greater advantages of using the dairy cow to efficiently create protein suitable for human nutrition from an optimum balance of pasture and feed supplements containing human-edible protein.