Human Milk Sugars Can Protect Against Food Allergies in Mice 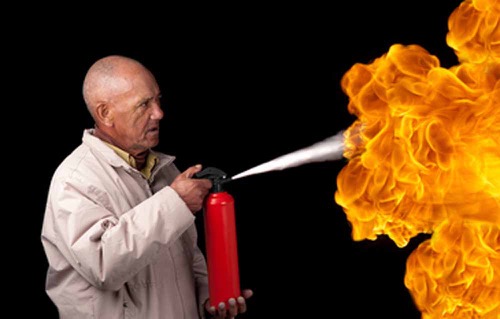 Food allergies affect a substantial proportion of the population, and there are few treatments available (1,2). A new study finds that two sugars present in human milk can help protect against food allergies and reduce the severity of food allergy symptoms in mice (3). If the results can be replicated in humans, these milk sugars could potentially lead to new anti-allergy therapies.

Drinking human milk has previously been shown to influence the immune system. “There was some evidence to suggest that human milk can protect infants from allergic disease,” says Paul Forsythe, an immunologist at McMaster University who led the study. Forsythe and his colleagues set out to figure out which component of milk might have a protective effect on allergies, and decided to focus on milk sugars.

Certain types of sugars, called oligosaccharides, form the third largest component of human milk (4). These sugars serve as food for beneficial bacteria in the infant gut, thereby increasing the abundance of these bacteria and indirectly influencing the infant immune system (5,6). Recent work has shown that these sugars can also act directly on immune cells (7,8,9,10). Forsythe wondered if either of these effects could allow these sugars to protect infants from allergic disease.

Forsythe and his colleagues decided to test the effects of two oligosaccharides, 2’-fucosyllactose and 6’-siallylactose, which are particularly abundant in human milk. They focused on a food allergy model because ingested milk ends up in the intestine, where milk sugars could directly affect the immune response to food allergens. “We think that’s the most obvious one to go for,” Forsythe says.

The researchers conducted their tests on mice whose immune systems had been trained to react to egg white protein. They found that the mice treated orally with the two sugars had significantly reduced symptoms of intestinal allergy, such as diarrhea and hypothermia. Forsythe and his colleagues then tried to decipher the mechanisms by which these sugars might be affecting food allergy symptoms. They hypothesized that the sugars could either act directly on immune cells, or indirectly by affecting the gut microbiota composition, which has previously been shown to be able to affect allergy symptoms (11,12,13,14).

The researchers found that the sugars appeared to have a direct effect on the immune system, suppressing the inflammatory response and creating an immune environment that was protective against allergies. “They induce an increase in regulatory T cells whose job is to suppress inflammation,” Forsythe says. The sugars also induced an increase in a different type of immune cell involved in tolerance against allergies.

Treatment with the sugars also suppressed the activation of mast cells, important immune cells involved in food allergies (15,16). “These are the cells that are responsible for most of the symptoms of allergies,” Forsythe says. “They release inflammatory mediators when they respond to whatever you are allergic to, and the mediators cause the allergic symptoms,” he says. “Feeding these oligosaccharides somehow stabilizes these mast cells so they don’t release their inflammatory mediators,” Forsythe says.

Forsythe and his colleagues are starting to look at whether these milk sugars might also be affecting allergies indirectly by influencing the gut microbiome. In addition, the researchers plan to examine whether these effects could extend beyond food allergies to other allergic diseases such as asthma, perhaps through more systemic effects.

Forsythe says he plans to see if some of the sugars’ effects can be replicated in humans, and eventually hopes to test the effects of these milk sugars in human clinical trials. If the results hold true in humans, they could potentially lead to a way to use these sugars as dietary supplements that might help protect against allergies, Forsythe says. “It could maybe increase the exposure level so that you can be exposed to more of the antigen—the thing that you’re allergic to—before you have an allergic response,” he says. “So it may have some kind of therapeutic effect,” Forsythe says.

Any protective or therapeutic benefits gained from these milk sugars could prove very helpful. “There are really limited therapies available for food allergies at the moment, so anything that can help is good,” Forsythe says.