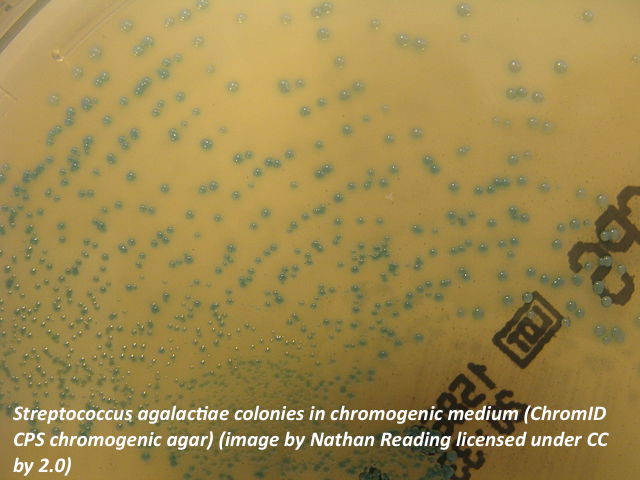 In a new study, Professor Lars Bode of the UC San Diego School of Medicine and the Larsson-Rosenquist Foundation Mother-Milk-Infant Center of Research Excellence found that HMOs can directly inhibit the growth of group B Streptococcus (GBS) [8]. “This is yet again a completely new direction to the story. The HMOs are acting not by serving as anti-adhesives, not by having an effect on the host, but by directly doing something to the pathogen,” says Bode.

The results of this study further add to our understanding of the antimicrobial benefits of human milk. “The number one lesson is that human milk is a very powerful tool for fighting infections, and yet another reason to empower women to breastfeed if they can,” says Bode.

Bode and Ann Lin, the first author of the current study, had previously shown that HMOs regulate the host innate immune response in order to prevent uropathogenic Escherichia coli (UPEC) invasion into bladder epithelial cells [9]. “The oligosaccharides reprogram epithelial cells and have a protective effect on the host that makes the host safer against the pathogen,” says Bode. But in that study, HMOs did not have any direct effect on bacterial growth.

After that study, Lin decided to look at the effects of HMOs on various other pathogens. She obtained several different pathogens from co-author and collaborator Professor Victor Nizet. “She sprinkled HMOs on a variety of pathogens, and all of a sudden found that group B Streptococcus would just not grow anymore,” says Bode. “Even in the complete absence of host cells, the HMOs had a direct effect on the pathogen,” he says. “This was completely new,” says Bode.

The HMOs inhibited the growth of GBS, but did not kill the pathogen even at high concentrations. They did not inhibit the growth of UPEC, Pseudomonas aeruginosa, or methicillin-resistant Staphylococcus aureus.

The researchers used multidimensional chromatography to separate the pooled HMOs into various fractions, and found that the inhibition of GBS growth was restricted to a fraction of non-sialylated, neutral HMOs. Interestingly, this is in contrast to the group’s previous findings, where it was sialylated HMOs that influenced host innate immune defense against UPEC. “We have 150 to 200 oligosaccharides, and if it was the same two or three that were responsible for all these effects, we wouldn’t need so many,” says Bode. “At this point it’s more of a coincidence if we find the same oligosaccharide doing things over and over,” he says.

Based on their analysis of the neutral HMO fraction, the researchers selected nine commercially available oligosaccharides to test. The researchers found that GBS growth was inhibited by lacto-N-tetraose (LNT) and lacto-N-fucopentaose I (LNFPI). Interestingly, a structural isomer of LNT called lacto-N-neotetraose did not significantly inhibit GBS growth. “What really surprised us was that lacto-N-neotetraose doesn’t work,” says Bode. “A very tiny change, just a little bit of the structure attached slightly differently seems to make a big difference,” he says.

To elucidate the mechanisms by which the HMOs might be inhibiting GBS growth, the researchers then screened a library of GBS mutants that they obtained from co-author Professor Kelly Doran. “One of the mutants didn’t respond to the oligosaccharides, it grew just as well with and without oligosaccharides,” says Bode. “That gave us the idea that the protein encoded by the mutated gene could be a potential target for the effect of the HMOs,” he says.

Through bioinformatic analysis, the researchers identified the mutated gene as a putative glycosyltransferase, and confirmed through directed mutations that this gene was responsible for the susceptibility of GBS to neutral HMOs. “Our thinking is that this glycosyltransferase takes components of the HMOs and incorporates them into the cell wall structures that then can no longer be elongated and won’t allow the bacteria to grow,” says Bode. The researchers are currently working on labeling individual oligosaccharides to see which gets incorporated in the cell wall.

This particular glycosyltransferase also appears to be unique to GBS, which could explain why HMOs did not inhibit growth in the other bacteria tested. “If bacteria don’t rely on this glycosyltransferase, then they won’t put HMOs in the cell wall, and can continue to grow,” says Bode.

Bode and his colleagues also found that the neutral HMOs acted synergistically with common antibiotics, as prior exposure to HMOs dramatically reduced the inhibitory dose of vancomycin and ciprofloxacin. “That was probably the coolest part of the story, to find synergistic effects,” says Bode. “Given the crisis of antibiotic resistance, it could certainly help to be able to use a lower antibiotic dose in the presence of HMOs,” he says.

HMOs could also have additional therapeutic utility besides being used in conjunction with existing antibiotics. “I’m thinking ahead to being able to develop these as novel drugs,” says Bode. “They would be a very attractive addition to our arsenal of antimicrobials,” he says. “We would expect HMOs to pass relatively easily through regulatory requirements, since we feed them to babies naturally all the time,” says Bode. “It would be a great application of a natural compound,” he says.

There’s still some ways to go before researchers confirm whether HMOs could have therapeutic potential against GBS in humans. “It’s great to see this in a test tube, but we eventually want to see if this effect translates in humans, especially now that we’re starting to get FDA GRAS-approved HMOs,” says Bode [“GRAS” is an acronym for Generally Recognized As Safe, an FDA designation referring to a substance or chemical added to food that is considered by qualified experts to be safe under the conditions of its intended use]. “There’s still a lot of work to be done, but it’s very exciting, it’s a great field to be in,” he says.