A Human Milk Oligosaccharide Protects Against Intestinal Infection and Inflammation 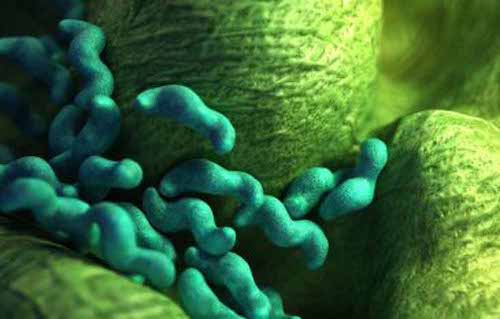 “Campylobacter is a major cause of infant diarrhea in many parts of the world, and that was what got us interested early on,” says David Newburg, who conducted the new study at Boston College. “We wanted to be able to help young children globally,” he says.

Previous work showed that breast milk with higher levels of 2’-FL was associated with a lower risk of C. jejuni-caused diarrhea in infants [6, 7]. “What we found was that pure 2’-FL was sufficient to fight this disease,” says Newburg. “It seems as though this molecule found in human milk is very well designed to protect infants from disease,” he says.

Newburg has long been interested in studying the protective effects of HMOs against Campylobacter. “Back in 1985, when we were investigating the effects of the HMOs in terms of any protective potential, Campylobacter was one of the pathogens that was inhibited by HMOs, and we localized that effect to 2’-FL,” he says.

But Newburg ran into a problem when trying to test the effects of purified 2’-FL. “At the time we didn’t have enough 2’-FL to do any more than in vitro tests,” he says. “It was only when we got enough 2’-FL to be able to feed to animals that we were able to test its actual effects in vivo in an animal model,” says Newburg. “This was not economically feasible until Glycosyn, our company, put together a method to have bacteria make 2’-FL, and to do that in such amounts that it became possible to do these experiments with mice,” he says.

Before Newburg could test the purified 2’-FL in mice, he and his team first developed a suitable mouse model for human C. jejuni infection. “Usually mice cannot be effectively infected by human Campylobacter,” he says. “To get a human clinical strain to attack the mice and colonize it in a meaningful way, we treated with antibiotics ahead of time, and that caused the mice to have disrupted gut microbiota, and made the gut much more vulnerable to growth by the human pathogen,” he says.

C. jejuni needs to bind to host sugars to infect intestinal cells, and previous work found that HMOs, and particularly 2’-FL, can block this binding [4,8,9]. Newburg and his team found that 2’-FL also had a couple of additional tricks up its sleeve. Not only did 2’-FL block C. jejuni binding and infection in intestinal cells, but it also inhibited the release of pro-inflammatory signals, and acted as a prebiotic to help restore normal healthy gut microbiota. “It’s fascinating that this one molecule can have these three very different effects,” says Newburg.

But there is more work to be done before 2’-FL can be used therapeutically in humans. “I think there are two directions to go in; one is to move towards clinical trials, and the other is to do further research on mechanisms of this protection,” says Newburg.

By including other HMOs besides 2’-FL, the researchers could eventually target a broader range of pathogens. “We’re hoping that with a cocktail of HMOs we’ll have something that’s more universal,” says Newburg. “I think it’s very, very hopeful.”