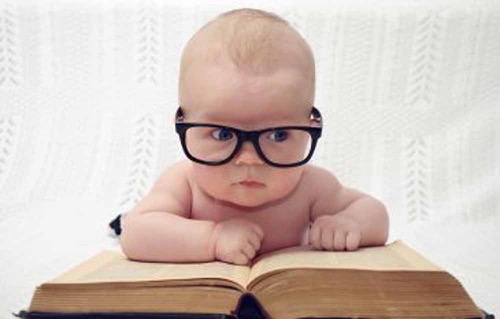 Experts generally agree that consuming human milk as opposed to formula during infancy has a beneficial effect on brain development, and consequently, a beneficial effect on intelligence. Although there are swathes of studies on this topic, often the methods available to researchers are criticized—and imperfect methods make drawing firm conclusions risky. Furthermore, almost all studies in this field test intelligence during childhood and teenage years only, even though we know that cognitive functions continue to develop well into adulthood. Without data from older study participants, the field cannot be certain that people who do not receive human milk in early life don’t catch up on cognitive development later.

For the above-cited reasons, a recently published paper about a population in Brazil is especially rare and intriguing [1]. First, the researchers studied the intellectual performance of people who, on average, had already hit the age of 30 years. This is even older than the participants in a 2002 Danish study of human milk consumption during infancy and subsequent IQ and had a mean participant age of 27 years [2]. The Brazilian study also had a much bigger sample size.

Second—and in contrast to the Danish study—the work from Brazil is immune to a methodological problem that plagues all research on this topic from developed countries. In Denmark, as in the United States, wealthier women tend to breastfeed for longer, and also provide more cognitive stimulation to their offspring. Unless such socioeconomic differences can be accurately measured and properly included as potential confounders in statistical models, studies conducted in developed countries tend to overestimate the influence of human milk on IQ. But in Brazil, breastfeeding showed no social patterning (by maternal education nor family income), at least during the years when the study participants were infants.

The Brazilian participants were all born in 1982, in one of the five maternity hospitals in Pelotas—a city in the very south of the country. Back then, academics visited these hospitals on a daily basis and asked new mothers if they (and their babies) wanted to be involved in the research. Less than 1% said no, meaning that almost everyone born in Pelotas at that time was enrolled.

In 2012, the two main universities in Pelotas started to collaborate to re-assess the original participants’ IQ. Researchers evaluated almost three-and-a-half thousand 30-year-old individuals for whom breastfeeding information was available, which was equivalent to 68% of those enrolled as babies back in 1982. Crucially, this 68% was representative of the full sample by the vast majority of measures—with the exception that those tested at 30 years of age were more likely to be female, which is probably because men in Brazil are more likely to die young. Four psychologists who did not know the participants’ breastfeeding history conducted a battery of IQ tests, and also recorded each participant’s number of completed years of schooling and their income for the previous month.

Breastfeeding was very common in the whole cohort, so the researchers focused on the period of time for which it continued. Participants who were breastfed for a year or more had an IQ about four points higher than those who were breastfed for less than a month. The differences didn’t end there—and because breastfeeding was not linked to socioeconomic status, the additional differences are more likely to be directly due to IQ levels than in studies from richer countries. Participants who were breastfed for more than a year had almost a year’s more education at age 30 than those breastfed for less than a month—and their income was about a third higher. To drill down on this point, the researchers used a technique called mediation analysis, which showed that adult IQ levels accounted for 72% of the effect of breastfeeding on income. (In other words, other differences—perhaps physical health benefits afforded by human milk consumption—played a much smaller role.)

That is fairly convincing evidence for the link between human milk consumption and intelligence. The conclusions are put into context in a review of the field by two researchers involved in the study, Bernardo Horta and Cesar Victora, of the Federal University of Pelotas, which was published by the World Health Organization in 2013 [3]. In this report, Horta and Victora conducted a pooled analysis of all studies in the field that met various criteria for methodological quality. Their pooled analysis included a well-known study by Der et al. [4] that had claimed that the IQ benefits of breastfeeding are, in fact, the result of differences in cognitive stimulation growing up, and of maternal (i.e. inherited) IQ.

Overall, Horta and Victora concluded that maternal IQ is an important confounder, but when taken into account across studies, it only alters the estimate of higher IQ performance by breastfed individuals slightly. Their pooled analysis of all studies on the topic suggests that breastfeeding adds 3.5 IQ points on average; the same analysis on only the studies that statistically removed the influence of maternal IQ suggests that breastfeeding adds 2.19 IQ points—slightly less, but still a gain that could perhaps make the marginal difference between getting the grade you need for a job or higher education course, rather than the grade below.

Many participants of the original Pelotas study will today have gone on to have kids of their own. The lifestyle that these kids enjoy now may in part due to breastfeeding by their grandmothers.