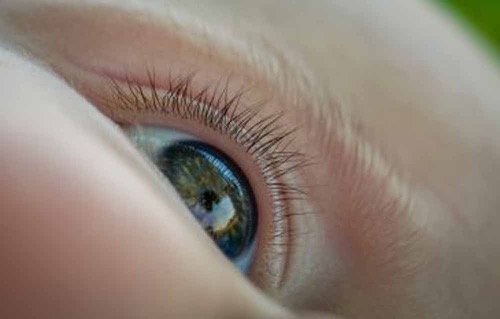 Retinopathy of prematurity (ROP) is a common affliction of very young preterm infants that can lead to blindness. It occurs when the blood supply to the retina develops abnormally. In some cases, this problem is so severe it can cause the retina to detach from the back inner wall of the eye. Decades ago, medical researchers demonstrated a difficulty in the care of the tiniest preterm infants: supplying these infants with lots of oxygen improved their chances of survival, while at the same time increasing their risk of ROP. A recent meta-analysis, however, offers more straightforward advice to neonatal intensive care units: Providing human milk to a very young preterm infant—whatever amount is available—significantly reduces the risk of the disease.

The authors of the meta-analysis, which was recently published in the Journal of Perinatology [1], carefully selected relevant studies with data on both the frequency and severity of ROP among preterm infants that were and were not fed human milk. Of the 1,701 infants in these studies who received human milk, 509 (29.9%) developed ROP of any level of severity. Meanwhile, of the 760 infants in these studies who were not fed human milk, 310 (40.8%) did. The meta-analysis’s authors—neonatologist Salim Bharwani of Pediatrix Medical Group and The Woman’s Hospital of Texas, in Houston, and his colleagues—found those differences to be statistically significant.

Normally, as a healthy fetus develops in utero during the third trimester, molecules present in its environment are thought to guide retinal development. But this aspect of development can suddenly stop if the infant is born early. Not only are those chemical factors now absent, but the moderate, consistent supply of oxygen that is delivered via the placenta is interrupted, and replaced—at least initially—by room air, which has a much higher oxygen pressure than the inside of the uterus. ROP then emerges as the infants’ body tries to compensate for these sudden changes.

The sudden jump to a higher oxygen environment prompts the growth of blood vessels in the retina to halt. This, in turn, leads to the development of hypoxia in the retinal cells, because they are still metabolically active and no longer being supplied with sufficient oxygen by the bloodstream. Cells raise the alarm by producing two molecules to come to their rescue: erythropoietin and vascular endothelial growth factor (VEGF), which both stimulate blood vessel growth in the retina. However, these new blood vessels, erected in haste, tend to be leaky, and their growth can create fibrous scars. Because of the slap-dash nature of this compensatory blood vessel growth, retinal detachment becomes a risk [2].

Why should consuming human milk prevent any of this? Although the recent meta-analysis did not investigate this question, its authors do offer some suggestions. In short, they argue that some of the chemical constituents of human milk act to regulate the hurried restarting of blood vessel growth that can cause ROP.

Firstly, human milk contains many antioxidants, some of which are preferentially accumulated in the eyes. By reducing oxidative stress, these chemicals reduce the amount of VEGF that is produced by retinal cells, and hence the rapid proliferation of blood vessels within the retina. Human milk’s high content of IGF-1 (compared with cow’s milk [3], for example), is thought to have a similar effect: IGF-1 is another VEGF regulator.

A third VEGF regulator is an omega-3 long-chain polyunsaturated fatty acid called docosahexaenoic acid (DHA) [4]. DHA’s importance in the proper development of the retina is implied by the simple fact that a healthy human has a higher concentration of the compound in the outer segments of their retinal photoreceptors than in any other bodily tissue [5].

A developing fetus or preterm infant cannot make its own supply of DHA. As such, a fetus depends on its mother’s body sending DHA through the placenta, and a preterm infant does not receive any DHA unless supplemented. Human milk, by providing some DHA, compensates in part for the interruption in the placental supply.

The history of ROP is often described as a series of three epidemics. The first epidemic appeared in rich countries in the 1940s and 1950s, as infants of very low weight or younger than 32 weeks gestational age started surviving. Understanding of the complications of providing high oxygen to preterm infants then pushed the ROP incidence back down. The second epidemic occurred in the 1970s, as rich countries again lowered the age of survival for preterm infants—and again new methods of ROP detection and treatments reduced its impact [6]. Since the 1990s, ROP has been an emerging problem in poorer countries as their ability to care for preterm infants catches up—but neonatal units often lack the equipment to continuously monitor infants placed on supplemental oxygen. This has been called the third ROC epidemic [7].

In the midst of the third epidemic, tens of thousands of infants each year are becoming blind early in life. The kind of clear advice provided by this meta-analysis offers hope not only for premature infants cared for in high-tech neonatal intensive care units in the developed world but also for those cared for elsewhere.