How Probiotic Bacteria Protect Against Allergy to Cow’s Milk 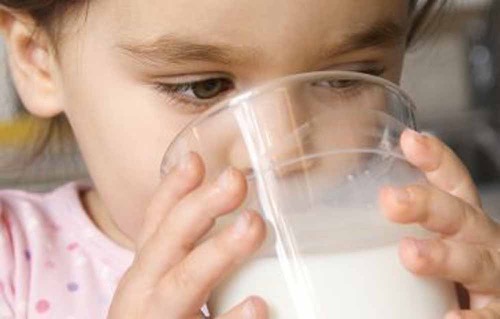 Whether it’s to nuts, cow’s milk, eggs, or some other food, food allergies have become increasingly common in recent decades (1-4). Allergy to cow’s milk is especially common, affecting up to 3% of children worldwide (5). There have been many recent efforts to treat cow’s milk allergy, and probiotics have looked particularly promising. Recent studies have shown that feeding infants formula supplemented with the probiotic Lactobacillus rhamnosus GG (LGG) results in higher rates of tolerance to cow’s milk compared to infants fed unsupplemented formula (6,7).

In a new study, researchers from the University of Naples and the University of Chicago found that infants who developed tolerance to cow’s milk allergy after treatment with LGG-supplemented formula had significantly different gut bacteria from those who remain allergic (8). They compared bacteria in stool samples collected from healthy infants, infants with cow’s milk allergy who had been fed LGG-supplemented formula, and those fed formula without probiotics. “What we were surprised about was that we were able to so specifically see that children treated that didn’t gain tolerance had a very different microbial genetic profile,” says Jack Gilbert, a microbial ecologist at the University of Chicago and Argonne National Laboratory, and one of the co-authors of the study. “So it looks like you have to have the right kinds of bugs already in you, and then if you have them in you then you can benefit from that treatment,” he says.

The children who developed tolerance had higher levels of bacteria that produce the fatty acid butyrate, which is known to be helpful for maintaining a healthy gut (9). “The fact that this probiotic expands the abundance of these butyrate-producing bacteria in the gut of children who have those bacterial organisms already present is brilliant,” says Gilbert. “The key element of this work is that we had no idea why the treatment of patients with that particular probiotic organism had any efficacy at all, because the organism appeared to not remain resident in the gut,” he says. “Yet for some reason treatment with that probiotic had an impact on the induction of tolerance, so that was an enigma,” he says.

The findings could help develop more effective probiotic treatments against cow’s milk allergy, says Gilbert. Similar treatments may eventually help with other allergies as well, although this will require a lot more work, he says. “We believe that having the right kind of bacteria in your body in the right place may be highly effective in treating these conditions,” Gilbert says.

Gilbert and his colleagues are planning to test the influence of different butyrate-producing bacteria on allergic tolerance in mouse models. “We might not even need the treatment with the L. rhamnosus probiotic, we might just be able to give them the bacterial probiotic of the organisms which we think are responsible for inducing tolerance,” Gilbert says. “It’s quite possible that just the addition of that one organism will affect the animal’s or human’s tolerance acquisition,” he says.

The researchers will eventually test the effectiveness of these probiotic treatments in humans. “We should be able to move into clinical trials within one to two years,” Gilbert says. Once researchers identify bacterial species that are particularly effective at treating allergies, they could be added to formula or in a food to be used as therapeutics, he says. “We’re getting close to the point where we think we understand the right kinds of organisms to add,” Gilbert says.

“We already know that the addition of probiotics helps children,” Gilbert says. “We think if we can figure out which probiotics to add to boost their system more effectively, then we’ll have a much more effective treatment,” he says.