How dairying shaped the human genome 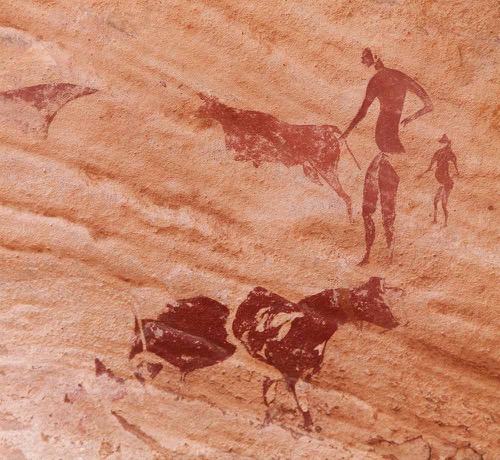 Something amazing happened about 10,000 years ago – humans developed organized agriculture, profoundly influencing the emergence of civilizations in many regions of the world. The adaptations of humans long ago to this agricultural revolution, particularly a change in diet, have left signatures in the human genome that today can be read like a chapter in a history book. The most clear and most revealing example of changes in the human genome relates to dairying.

This DNA detective story extraordinaire not only tells us about the past, but helps us understand the present. The first tantalizing details were published in 20021, although this last year has seen an explosion of revelations2 as scientists exploit the power of DNA sequence information to unravel the history of humans and their genetic adaptations to the agricultural revolution.

The domestication of livestock species by humans provided a reliable, energy-dense food source, meat. Livestock could be herded and moved to better pastures when required, and importantly, they could be grown on land unsuitable for other forms of agriculture. Then, over 7,500 years ago, independent mutations arose in the DNA of a few isolated humans allowing them, as adults, to fully exploit the huge calorific advantage of a second livestock food, milk. In addition to energy-rich carbohydrates and fatty acids, milk also contains rich sources of calcium and protein, both essential for the good health of humans. The genetic legacy of these few ancient humans is prevalent in many populations today.

Lactose is the most abundant sugar in milk. Young mammals, before weaning, have the ability to digest lactose in their small intestine. The enzyme responsible for digesting lactose is called lactase-phlorizin, or lactase for short. It converts lactose into glucose and galactose – two simple sugars readily absorbed from the small intestine and used as primary energy sources to power the rapid growth of young of animals.

Most adult mammals cannot digest lactose because, after weaning, they lose the ability to produce lactase in their small intestine. This is also true for about 65% of humans today; their adult level of lactase is about ten percent of the level in a child. These adult individuals are ‘lactose intolerant’ and drinking large quantities of milk results in diarrhoea, abdominal bloating, flatulence, cramps, and nausea. In the large intestine of such an individual, the osmotic effects of undigested lactose cause diarrhoea, while bacterial fermentation of lactose produces gases that contribute to the other ailments.

At the dawn of agriculture, some humans acquired, by chance, new and highly specific mutations in their genomes that enabled them to digest lactose as adults. Different mutations appeared in three different geographical regions of the world; all the mutations caused the continual production of lactase in the small intestine throughout the life of an individual. The ability of adults to digest lactose is called lactase persistence. These populations were already using domesticated animals, mainly for meat, clothes, and draught power, and now they had a major survival advantage: a new source of energy-dense food from livestock more valuable than the animals’ meat. This nutritional asset enabled these groups to prosper and produce more children. Succeeding generations inherited the beneficial mutation, which became more frequent in these populations and eventually emerged as a characteristic genetic signature of the population.

As a result of modern genetics technologies, the precise locations of these mutations in the human genome have been exquisitely defined. Each mutation represents a change in a single unit of information in the human genome, which has a total of about three billion units of genetic information. The most famous of these mutations (technically known as -13,910*T) lies some distance from the lactase gene, but is located in a critical region normally responsible for the suppression of lactase production after weaning. The mutation destroys this regulatory role and the lactase gene remains fully active throughout life.

The genetic evidence for the link between mutation and ability to drink milk as an adult is also strongly supported by new pottery analyses that show ancient populations living 7,000 years ago, and known to carry the lactase persistence mutation, also stored milk in significant quantities, presumably for consumption by the adult community. This did not occur in populations that did not carry the mutation, even though they herded livestock.

Modern science has recreated one of the mutations in cells grown in culture and in genetically modified mice. This mutation allows for the maintenance of lactase gene activity in both cases, thus unequivocally proving the mutation causes lactase persistence.

Historical tracking of the migration of human populations

Lactase persistence is particularly prevalent in northwestern European populations. The frequency of the mutation in northwestern Europe decreases as you move south and east, reaching near zero frequency east of the Indian subcontinent. The current distribution of the mutation reflects past population migrations. Other mutations causing lactase persistence arose in a few pastoralist, milk-drinking populations in sub-Saharan Africa and the arid lands of Arabia, the Sahara, and eastern Sudan. These independent genetic events highlight the strong selective advantage of lactase persistence in populations where dairying was also commonly practised.

Lactase persistence is an example of evolution in action. Random genetic variation within a few individuals conferred an increased survival advantage in communities that herded livestock and were able to drink milk as adults. The individuals carrying the mutation prospered from the benefits of drinking milk, reproduced more efficiently, and their descendents eventually dominated the population. Thus, the trait of lactase persistence became a characteristic of the population as it adapted to the benefits of drinking milk.

One wonders how many other clues regarding past cultural and agricultural practices are waiting to be discovered by the next group of forensic scientists interested in unravelling the mystery of migrating human populations and their genetic adaptations to changing diets.