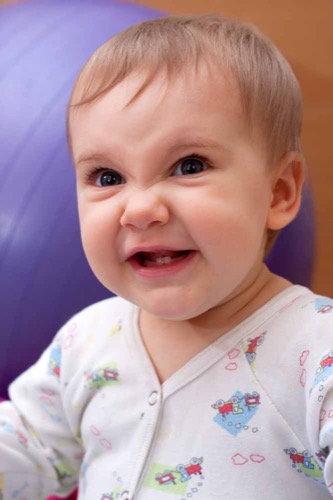 Mammalian young are not just passive creatures allocating mother’s milk solely to survival and growth. The calories young need to be behaviorally active, from the hesitant romping of the young foal to the arm-waving, ear-splitting tantrum of a newborn baby, come from mother’s milk (Hinde and Capitanio, 2010). But other bioactive constituents in mother’s milk, namely hormones, may also influence HOW the infant behaves.

A growing body of evidence has demonstrated that hormones from the mother, ingested through milk, bind to receptors within the young. Once these “maternal-origin” hormones bind, they seemingly trigger hormonal signaling cascades as would the young’s own hormones. Recently, Skip Bartol and colleagues coined the term “lactocrine programming” to describe the process by which hormones present in mother’s milk permanently shape physiological processes within the young, their main target of interest being the reproductive system (Bartol et al., 2009, Miller et al., 2013). A previous column described how hormones present in milk–specifically leptin and adiponectin–are associated with infant growth rates, although the mechanisms within the infant remain unknown.

Some hormonal pathways, though, underlie our behavioral tendencies–our individual predilection toward impulsivity, aggression, shyness, extroversion, etc. The phenomenon of individual behavioral tendencies is variably known as temperament, personality, or behavioral syndrome, depending to some extent on one’s professional field (Hinde, 2013). The endocrine pathway of particular interest to behaviorists is the hypothalamic-pituitary-adrenal (HPA) axis. The HPA axis is colloquially referred to as the “stress axis” because it is activated when individuals are in danger, social conflict, or perceive that they are under stress (such as having to meet the deadline for my SPLASH! contribution this month). The adrenal glands at the end of this pathway produce glucocorticoids (cortisol in primates and corticosterone in rodents) that serve important metabolic, immunological, and neurobiological functions. For example, glucocorticoids regulate the use and storage of glucose and fats to meet energy needs during fight or flight.

What might this mean for infants? Well, glucocorticoids present in the mother’s blood circulation end up in milk, are absorbed intact across the infant’s intestinal tract (the epithelium), and then bind to glucocorticoid receptors there (Angelucci et al., 1983, Pácha, 2000). For this reason, cortisol in mother’s milk likely reflects the mother’s environment and degree of danger or social conflict she encounters—it’s an “honest” signal of her own HPA axis activation. Most interestingly, the density of glucocorticoid receptors in the intestinal tract of m ammalian young decreases after weaning, suggesting that those receptors are present specifically to bind to hormones ingested via mother’s milk (Pácha, 2000). Importantly glucocorticoids ingested via mother’s milk are shaping the HPA axis and behavioral tendencies of offspring.

A series of elegant experimental studies in rats by Angelucci, Catalani, and Casolini’s research group in the Department of Human Physiology and Pharmacology, University of Rome, represents the most comprehensive investigation of ingested glucocorticoids on behavioral, cognitive, and physiological outcomes for any mammal. Their studies indicated that ingestion of glucocorticoids via mother’s milk has beneficial programming effects in offspring that persist into adulthood. In their study design, rat dams consumed glucocorticoids in their water, increasing glucocorticoids in their blood and their milk. As juveniles, individuals who ingested elevated glucocorticoids through their mother’s milk had better spatial memory (Catalani et al., 1993, Casolini, 1997). In adulthood, these individuals demonstrated better coping behavior during stress challenges; they showed less anxiety and more exploration (Catalani et al., 2000, Catalani et al., 2002, Meerlo et al., 2001). The elevated glucocorticoids in mother’s milk altered areas of the brain that regulate the stress response and regulation of the HPA axis (Catalani, 2000). Interestingly these neurobiological effects were only seen in males, not females, even though the behavioral effects were similar in both sexes. These rodent studies demonstrate, using the gold standard of experimental manipulation, that hormones in mother’s milk shape behavioral outcomes in offspring, but that the neurobiological pathways may differ for sons and daughters.

These effects have not just been documented in rodents, but also in monkeys and humans. In a sample of 44 rhesus monkey mothers, we found substantial individual variation in cortisol concentrations in milk. Infants whose mothers produced higher concentrations of cortisol in milk were characterized as more “Confident,” a factor score derived from systematic ratings of confident, bold, active, curious, and playful trait adjectives. However, this effect was driven by sons– milk cortisol concentrations did not predict ‘Confidence’ factor scores in daughters (Sullivan et al., 2011). The results from monkeys are partially consistent with the results from rodents–glucocorticoids ingested through mother’s milk are associated with less fearful, more exploratory tendencies, but only for sons.

Recently the same research team directly investigated cortisol concentrations in milk among 52 breastfeeding mothers (Grey et al., 2012). Grey and colleagues discovered that higher concentrations of cortisol in breastmilk were associated with greater “Negative Affectivity.” This is a composite score of the infant’s tendency toward fear, sadness, discomfort, anger/frustration, and reduced soothability as reported by the infant’s mother. These results were not explained by other factors such as maternal depression or perceived stress. And most interestingly, the effect was driven by only daughters–the relationship between milk cortisol concentrations and negative affectivity was not present in sons!

These foundational studies demonstrate effectively that ingested glucocorticoids are predictive of infant behavior. Additionally, sons and daughters may have different sensitivities to maternal hormones for reasons that remain unclear. Interestingly the human results differ markedly from findings in both monkeys and rats; in humans, ingested glucocorticoids seemingly make infants more fearful and the effect is present in daughters but not sons. The reverse was found in monkeys; milk cortisol was associated with sons being more exploratory (seemingly less fearful), but there was no effect on the behavioral tendencies of daughters. In rodents the behavioral outcomes are present in both sons and daughters, but the neurobiological pathways underlying the outcomes differ between sons and daughters. Clearly, much, much, MUCH more research is needed to better understand the relationships among maternal psychological state, milk hormones, infant behavior, and sex-specific sensitivities.