Holder Pasteurization May Alter the Digestion of Human Milk 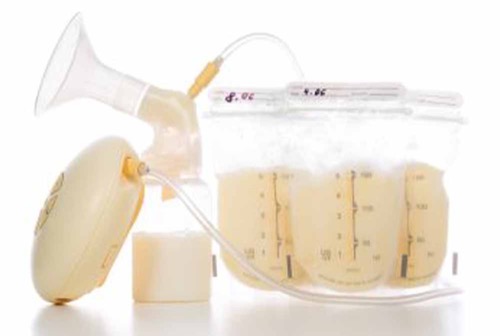 There is a laboratory in Rennes, the capital of Brittany, France that seeks to mimic the interior of the human gut. It has a machine with a compartment that pretends to be a stomach, full of acid and enzymes. Another compartment replicates the conditions of the small intestine. A computer modulates how food, in its various stages of digestion, flows through this system, by altering the activity of peristaltic pumps. In the past couple of years, scientists operating this system have put it to work digesting human milk. And because every aspect of digestion can be finely tuned, they can speed up gastric emptying, lower certain enzymatic activities, and raise gastric pH—as per a preterm (relative to a term-born) infant’s system. The main question these scientists seek to answer is how pasteurizing milk by heating to 62.5 °C for 30 minutes alters how well it is digested.

Of course, the machine is not a perfect replica of nature—there’s no absorption, nor hormonal feedbacks, for example—but because samples can be removed and analyzed at any point, it provides a microscope on the step-by-step molecular processes of digestion [1].

Why might Holder Pasteurization (HoP), which is the most common method of pasteurization for milk banks everywhere, change how the infant body processes human milk? Simply put, milk contains proteins that assist an infant’s digestion. This is a useful property because newborn infants do not have fully developed guts—and those of infants born prematurely are even less developed. Heating complex, active proteins tends to mess with the proteins’ three-dimensional structures, which is crucial to their ability to catalyze chemical reactions, such as those that occur during digestion. Therefore, pasteurize human milk using a lot of heat, and you might be taking out some of its digestive aids. Moreover, freezing and unfreezing milk can disrupt the structure of its fat globules, making them more prone to stick to the sides of feeding equipment. So what has to be digested, as well as the biochemical tools available to do the job, may change as a result of HoP.

There are a few clear candidates for the digestive aids that might be affected by heat treatment. An enzyme in human milk called bile-salt-stimulated lipase, for example, facilitates the breaking up of fats and the absorption of some vitamins. Lactoferrin plays various roles, including in digestion, and, as discussed in another SPLASH! article about HoP’s impact on immunological proteins, is affected by the heating process. Then there are molecules like α1-antitrypsin and α1-antichymotrypsin; instead of speeding things up, these proteins slow down digestion by interacting with protease enzymes that are produced by an infant’s body [2].

A couple of years ago, the team in Rennes—most of whom work for France’s national agricultural research agency, INRA—set up their machine to imitate the conditions of a term-born infant’s gut [3]. They fed it donor milk from the milk bank at the University Hospital Center in Rennes. This milk was pooled from five different women. They repeated the experiment several times, sometimes using milk that had not been pasteurized, and other times with HoP-treated milk, with every run of the experiment, they withdrew a sample from the “stomach” and another from the “small intestine” after 30, 60, 90, and 120 minutes.

Comparing the pasteurized and raw milk results, they found that fat digestion progressed more slowly whenever the machine had been given HoP-treated milk to digest, probably because of damage to bile-salt-stimulated lipase as well as the formation of clumps of protein around the milk-fat globule membranes in the pasteurized milk. The machine was also slower to break down lactoferrin in the pasteurized milk than it was in the raw milk, yet quicker to digest the protein beta-casein.

Having established what the differences were for term infant digestion, last year the group in Rennes reset their machine to imitate the digestive abilities of an infant who was born after 28 weeks’ gestation, four weeks after he or she was born [3]. That meant the compositions of gastric and intestinal fluids were slightly different than in the term-infant experiment, and the machine’s gastric emptying time was lowered from 47 to 36 minutes.

This time, the team again found that the fat in the pasteurized milk samples was harder for the machine to digest and that some proteins were broken down faster than they were in the raw milk samples, while others were broken down more slowly. The worry with the fat result is that pasteurization might be reducing the useable calories in milk, not only by causing fat to adhere to milk containers but also by reducing the activity of enzymes that can break it down. The impact of the results for proteins is less obvious.

What did concern the researchers, however, was the rate at which milk disintegrated in the machine. (Although milk might seem pretty disintegrated as a foodstuff, more complete mixing helps ensure that digestive enzymes can attack from every angle.) The pasteurized milk formed smaller aggregates in the machine’s
“stomach” than the raw milk did, and then it formed larger ones in the “small intestine”. The larger gastric aggregates of the raw milk samples tended to cream in the stomach compartment because they were less dense. Because this kind of thing is linked to more rapid gastric emptying in adults [4], the authors worried that slower-than-usual gastric emptying associated with digesting pasteurized milk could raise the risk of gastrointestinal infections.

Most recently, the team in Rennes has started to monitor premature infants in the local university hospital, and has conducted a randomized controlled clinical trial [5]. These infants acted as their own control group by consuming their own mothers’ milk raw for a few days in a row, and also consuming it after it had undergone the HoP process for a few days in a row.

The study was small—involving only a dozen infants—and was also limited in that the researchers could not study the biochemistry of digestion beyond the first 35 minutes. But the results were nonetheless reassuring. Even though HoP did inactivate bile-salt-stimulated lipase in this trial, the infants were just as good at breaking down the fat in their mothers’ HoP-treated milk as they were at breaking down the fat in raw milk. Moreover, HoP appeared to enhance lactoferrin digestion, rather than reduce it. And there was no difference in the gastric emptying time when the infants consumed raw versus pasteurized milk.

The researchers in Rennes warn that inactivated bile-salt-stimulated lipase could still have consequences for fat absorption in the intestine, which matters for premature infants in particular because they are unable to properly make pancreatic lipase. Partly because of this, they conclude that the clinical impact of human milk pasteurization using HoP remains uncertain. Given the ever-growing number of very young infants who consume Holder pasteurized milk from milk banks, surely further clinical studies of this nature—if possible, with more than a dozen infant participants—would be helpful for doctors and policymakers.