Holder Pasteurization Holds Up Well Against Most Germs 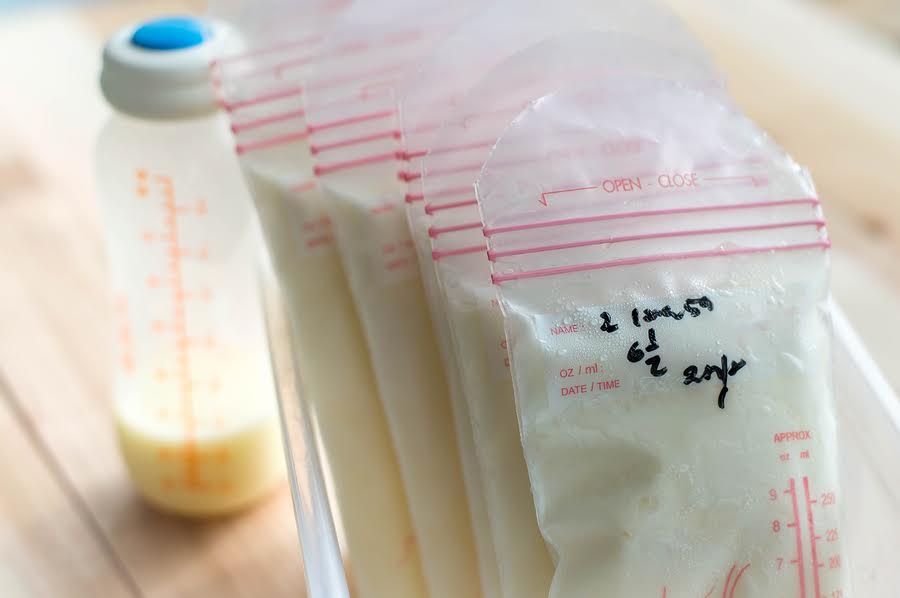 There is nothing particularly surprising or complicated about the most common method of making stored milk safer than it would otherwise be. Holder Pasteurization, or HoP, aims to rid milk of potentially harmful germs by heating it to 62.5°C (145°F) for half an hour, and then cooling it back down to room temperature. This method is used by all of the Human Milk Banking Association of North America (HMBANA) milk banks and differs from the high-temperature, short-time (HTST) pasteurization used in the dairy industry. But these days HoP has some newfangled competitors—potential alternatives to the tried and tested method—suggesting that the time is ripe for a full evaluation of HoP’s performance. This article is the first in a series of five on the topic. Starting at the beginning of this in-depth look, how good is HoP at its core mission: keeping pathogens at bay that could, in theory, find their way into milk and make it their home?

A few years ago, Susan Landers and Kim Updegrove, both in Austin, Texas, set about asking this most basic of questions [1]. They cultured a vast number of human milk samples on agar plates and incubated them for 48 hours to give whatever bacteria were in the milk a chance to proliferate. For every sample of milk—810 individual samples and 303 samples that were mixtures of several women’s milk—two cultures were created, one before and one after the sample was pasteurized. Only 7% of the pasteurized milk samples grew any kind of bacterial culture. But 87% of the unpasteurized samples grew colonies of Staphylococcus. Many other bacterial species were found in these cultures, although none were as common as Staph. (Notably, only 4% of the unpasteurized cultures contained Staphylococcus aureus, however, which is what causes most “staph infections.”) A related study by Spanish researchers looked at HoP’s effectiveness in a much smaller number of colostrum samples [2]. They report that the method does indeed destroy the bacteria present in the samples before pasteurization.

But what of the 7%—those rare occasions when some bacteria survive HoP? This was the preoccupation of Aránzazu Gómez de Segura and others in the research group, who set about answering the question [3]. Specifically, they were worried that in being so effective at destroying almost all bacteria, HoP might remove the competition that was keeping the surviving bacteria at bay. In other words, those that remained in a sample after it underwent HoP might grow faster than they could in raw milk, and for that very reason pose a health risk.

To test this, de Segura and the Madrid team took 21 human milk samples and pasteurized them using HoP. Of the 21, only three contained surviving bacteria, always the species Bacillus cereus. The researchers then set about genetically analyzing these B. cereus cultures to find out if they contained particular genes that must be present for the bacteria to produce toxins. These toxins, such as one called cereulide, are the reason B. cereus is sometimes linked to cases of food poisoning. In the end, there was no cause for concern. De Segura and her team report that the B. cereus that survived HoP did not have a high virulence potential.

So HoP does a good job at zapping bacteria, but what about viruses? For many of the really scary ones, it does a surprisingly brilliant job. Take HIV [4] or cytomegalovirus [5], for example, both of which HoP completely destroys. Oncogenic human papillomaviruses were recently added to that list by Manuela Donalisio and her colleagues in Torino, Italy [6]. More recent, prominent threats within the US (but ongoing threats in some African countries), Ebola and Marburg, were tested by a group of Texas-based researchers, with milk from the Mother’s Milk Bank of North Texas, and viruses from Galveston National Laboratory that they added to the milk. Their study, which is published in the current issue of the Journal of Human Lactation, shows that HoP is also successful at inactivating these viruses [7] (specifically, the Angola strain of Marburg and the Zaire strain of Ebola).

The data on hepatitis B virus are less emphatically reassuring, however. Indeed, one study by Patricia Ribeiro de Oliveira at the University of São Paulo in Brazil, and her coauthors, suggests that HoP hardly dents the probability of detecting hepatitis B surface antigens, nor hepatitis B DNA, in human milk [8]. It’s not known exactly why this is—and the authors themselves point out that the possibility of laboratory contamination cannot be discarded. But there is another, more concerning, alternative. Among a small number of women whose blood tested positive for hepatitis B antigens but who had no evidence of viral DNA in their blood, both viral markers could be found in their milk. The authors write that this combination of facts points to the possibility that hepatitis B might replicate in the mammary gland.

If you are feeding your offspring milk from a HMBANA milk bank, there is no reason to be alarmed, however. The organization—like many others—performs blood tests on all of its donors and checks whether there is any trace evidence that a mother has hepatitis B before she can begin to donate. Even so, the broadly good performance of HoP against a range of bacteria and viruses should also be reassuring to women receiving donor milk from sources that do not screen donors as rigorously as HMBANA. As long as the milk is heated to 62.5°C (145°F) for half an hour and then cooled, and stored in properly cleaned containers, almost all germs of note will have been eliminated. Similarly, there’s no need to worry excessively about donor milk that has been thawed and refrigerated for the full 24-hour limit that is recommended before it should be discarded. In 2012, Ronald Cohen and his colleagues of Stanford University analyzed milk that had been pasteurized by HoP, frozen, and then left thawed for slightly more than the recommended time. Their 18 bottles of “expired” human milk did not show any bacterial growth [9].

Overall, then, HoP does a good job and eliminating the vast majority of the infectious agents that can, in theory, contaminate milk. Check back in coming months for summaries about how HoP influences human milk’s nutrient content, its immunological components, its digestibility for infants—and for an analysis of the alternative pasteurization methods out there.