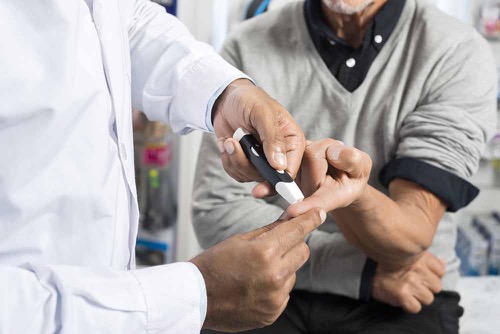 Native Americans are about twice as likely as white people in the United States to develop diabetes, and more likely to do so than any other ethnic group in the country. The reasons for this are complex, but post-reservation lifestyles and diets packed with processed sugar and saturated fats are big contributors. Given the extent of the problem, any research that identifies cheap interventions to which many people are likely to be amenable has the potential to reap substantial public health benefits. In a recent issue of the Journal of Nutrition, Kim Kummer of the University of Washington in Seattle, and colleagues report that encouraging the consumption of full-fat dairy products, such as full-fat milk and cheese, could be a useful tool in efforts to cut the disease burden [1].

The high rates of Type 2 diabetes found in native communities are not merely a problem among older people. The Centers for Disease Control (CDC) reports that 10–19-year olds among groups that they refer to as American Indians and Alaska Natives are nine times as likely to be diagnosed as non-Hispanic whites [2]. Publications from a civic organization called the First Nations Development Institute detail the spread of diabetes across adults in these communities [2]. Some of the lowest rates are found among Alaska Natives, with a 5.5% incidence rate. Meanwhile, some of the highest rates occur among communities in southern Arizona, where 33.5% of adults are known to have the disease.

This exorbitant rate is probably why the Strong Heart Family Study—the name of the family-based cohort study for which Kummer and colleagues report the results—selected communities in Arizona for the research. In all, one dozen communities were involved, spread over North and South Dakota, and Oklahoma, as well. The study began in 2001, with baseline examinations over the subsequent two years of the 91 large families participating, giving a total participant pool of 1,112 men and 1,658 women. Both baseline exams and 2007 to 2009 follow-up exams included laboratory tests of before-breakfast blood glucose concentration, and an in-person consultation with a long questionnaire about participants’ dietary habits and a physical examination. The research team conducted further analysis of medical records and interviews over the phone between 2013 and 2017.

Kummer and colleagues wanted to know whether drinking milk and eating cheese correlated with the probability of developing diabetes, controlling for other factors that are associated with the risk. The 119-item dietary questionnaire asked how frequently participants consumed these foods during the previous year, how much they tended to consume, and whether they usually selected full-fat or low-fat milk and cheese. Perhaps surprisingly to anyone who has not followed research in this field, the full-fat options were linked to lower diabetes risk, while the low-fat options were not.

Specifically, of the total of 1,623 participants who were diabetes-free at the start of the study and who remained in the study throughout, 277 were diagnosed with diabetes by their final interview, which was on average 11 years later. Comparing the top third of dairy consumers (by amount consumed) to the bottom third yielded some striking results. When full-fat dairy intake was analyzed in this way, the rate of diabetes diagnosis during the study period was found to be 88% higher among the third who consumed the least high-fat dairy versus the third who had consumed the most, after the researchers statistically removed the effects of other known risk factors. There was no significant association between low-fat dairy consumption and diabetes.

This is far from the first piece of research to conclude a link between full-fat dairy—as opposed to low-fat dairy—and diabetes prevention. For example, in 2016, a study of almost 10,000 middle-aged and elderly Brazilians found similar results for the development of metabolic syndrome, which is a major risk factor for developing Type 2 diabetes [3]. Authors Michele Drehmer of the Federal University of Rio Grande, in the southern city of Porto Alegre, and colleagues, concluded that, “Dietary recommendations to avoid full-fat dairy intake are not supported by our findings.” However, other scholars have not found any relationship [4], and others still have found that low-fat dairy is preferable for those concerned about their diabetes risk [5].

Making sense of these conflicting results is tricky. In addition to adding to the weight of the evidence on both sides, as this study of native communities has done, probing the biochemical mechanisms that appear to be involved is a means to push forward understanding of the links between dairy and diabetes. One line of investigation in this regard is the role of certain fatty acids, such as trans-palmitoleic acid, butyric acid and phytanic acid, which are thought to lower the levels of triglycerides in the liver, and in doing so, improve sensitivity to insulin [1]. Elucidating exactly how these fatty acids operate, and how their absorption and metabolism may vary across populations may eventually also help to curb diabetes rates among at-risk groups, such as native communities.