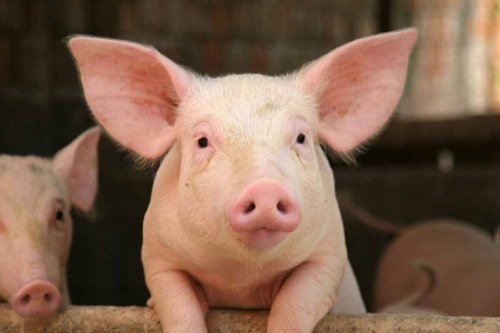 In recent years, lactation science has paid great attention to the 200-odd medium-sized sugar molecules found in human breast milk. This is because these oligosaccharides (as the sugars are formally termed) have important roles in promoting infant health, and these roles hinge on their structure. It was always understood that the oligosaccharides—oligos for short—of domestic animals are rather dull by comparison. However, a recent survey of the milk of cows, sheep, pigs, horses, goats and dromedary camels has uncovered hitherto unknown diversity. It includes 13 oligos that were thought to be unique to humans (but are not), as well as entirely novel structures.

Simone Albrecht of the National Institute for Bioprocessing, Research and Training in Ireland, and her colleagues, report a suite of generalized distinctions between the oligos in human milk and those in domestic animal milk. For one, the latter contains many more acidic oligos. About 80-90% of the combined pool of medium-sized sugars found in the domestic animal milk are acidic, whereas, in human milk, the majority – around 70% – are neutral. In the domestic animals’ milk, one or a small number of molecules, called sialyllactose isomers, are vastly more prevalent than all of the other types of oligos. Another key difference between human and animal milk lies in the phosphorylation of oligo structures. In short, this is rare in domestic animals’ milk, but completely absent from human milk.

Why didn’t we already know about farmyard milk oligos? To be fair, a good amount has been uncovered about the sugars in cow’s milk, but the broader answer to this question is that oligos are much more diluted in the milk of domestic animals than they are in human milk. So the analytical chemistry used to identify them needs to be sensitive to tinier quantities. The advances in this paper are a result of the mixture of techniques that the authors bring together—they use, for example, enzymes from sources as diverse as jack and coffee beans, chicken liver, and calf intestine.

To illustrate the scale of the challenge of identifying these structures in domestic animals’ milk, it helps to put some figures on the concentrations involved. A cow that has been lactating for more than a week has a milk oligo concentration of around 0.05g/l. But a human mother at the same stage of lactation produces milk with oligos present at 12-13g/l, or at 240-fold higher levels. For this reason, the known variety of oligos in domestic animals’ milk is set to rise further in the future, as better techniques are developed to analyze them.

Pigs deserve special mention. Albrecht et al. found that pigs have 40 milk oligos using the techniques that were available to them. This is far below the number that has been found in human milk, and indeed significantly fewer than Albrecht et al. report for camel milk. But pig milk oligos were found to be most similar to human milk oligos, for example in having a higher percentage than the other mammals of neutral, rather than acidic, structures. This makes sense when considering one of oligos’ chief roles in infant humans: they aid in the healthy development of the gastrointestinal system. Because both humans and pigs are omnivores (all the other animals in this study are herbivores), with single-chambered stomachs and large intestines stuffed with bacteria that break down food, the developmental guidance required by their gastrointestinal systems is likely to be pretty similar.

However, the similarities only go so far. As with the other creatures discussed here, most pigs’ milk oligos contain a kind of chemical bond that classifies them as “type II structures”. But the majority of human milk oligos have “type I structures” (a different bond linking the sugars’ composite units). Their type I structure is thought to be the reason why certain oligos can be eaten by bifidobacteria, which predominate in a healthy human infant gut. By outcompeting pathogenic bacterial species, bifidobacteria ward off some of the principle killers of human infants, particularly in developing countries.

So when it comes to the usefulness of domestic animals’ milk oligos for human purposes, a few reasonable questions arise. It may not make sense to go to the trouble and the expense of extracting oligos from domestic animals’ milk in order to make infant formula better at promoting bifidobacteria growth. Yet, on the other hand, some of the oligos in pig’s milk might be beneficial to healthy gut development in infant humans. In this way, Albrecht et al’s paper has opened the field up to new investigations.