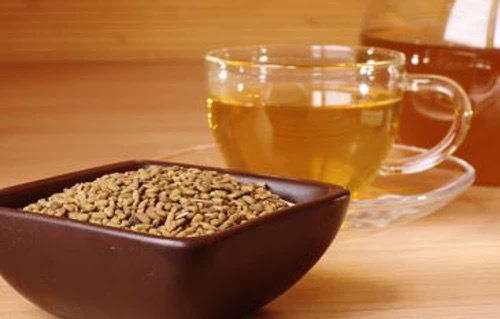 The benefits of breastfeeding are well known, yet however hard some women try, they struggle to produce sufficient milk. For millennia, herbal remedies have been thought to fix this problem. Even Hippocrates—from whose name comes the “Hippocratic Oath”—is said to have advised, “If the milk should dry up give her to drink the fruit and roots of fennel” [1]. To this day, however, there is limited reliable data on whether herbal supplements actually work.

The formal name for substances that aid with milk production is a mouthful, and implies, incorrectly, that they are rulers of galaxies: they are called galactogogues. Many of the supposed herbal galactogogues can be found in a restaurant kitchen. Aside from Hippocrates’ fennel seed, there’s caraway seed, dill seed, alfalfa herb, and fenugreek, which is a spice often used in Indian and Middle Eastern cooking and also thought to aid digestion. Outside of the kitchen, the list includes goat’s rue herb, torbangun, blessed thistle herb, and milk thistle seed. And it’s not just plants that are galactogogues; in South Korea, many women who struggle with producing enough breastmilk eat pigs’ feet in an effort to solve the problem.

Even though many cultures use herbal galactogogues, and there are studies on their efficacy, it’s often hard to tell how reliable the findings are. This is because getting good data typically requires randomization—assigning some women in the study to taking an herb thought to act as a galactogogue, and others to placebo. Without random assignment, it’s easy to imagine that a mother who seeks information on an herbal remedy, goes to the effort of buying it, and chooses to take it, might in general be trying more things to increase her milk supply than a mother who isn’t consuming the herbal remedy. So it’s difficult to tell whether the causal effect implied by the results is due to the herb or to something else.

The importance of randomization is illustrated by a study of Korean women. Eighty-two percent of the women who said they consumed pigs’ feet to increase their breast milk volume also said that they experienced an increase in their milk production entirely due to the pigs’ feet [2]. Is that real, or the power of suggestion, or due to something else that these women are more likely to do than other women?

Of six studies identified in a recent review to have some degree of causal rigor, five trials found an increase in breast milk production, although only one of the studies described a randomization procedure, and the review authors still pick holes in its method [3]. But perhaps the best research so far comes from Iran. In 2015, Vida Ghasemi of Tehran University of Medical Sciences, and her colleagues, published the results of a double-blind clinical trial. It tested whether herbal tea containing fenugreek seed had any impact on breastfeeding sufficiency among mothers with infant girls, who were aged between zero and four months [4]. Both the mothers in the group receiving the intervention and in the group receiving the placebo drank the tea three times per day. The placebo tea had no fenegreek seed and was mostly herbal. It also contained 3 g of black tea per serving to avoid a difference in taste from the intervention tea.

Before the trial started, these two groups of mothers and infants were statistically almost identical, although, by chance, the women in the placebo group breastfed slightly more frequently. After a month of tea consumption, however, the number of times that the women in the intervention group breastfed had increased from about 9 times per day to about 15. The women drinking placebo tea, meanwhile, saw no change; they breastfed about 11 times per day at both the beginning and the end of the study. There were differences in the infant girls’ growth, too. The infants whose mothers drank the fenugreek tea gained more weight over the course of the trial—and their head circumference also expanded more—than the infants whose mothers drank the placebo tea.

These results imply not only that fenugreek seed increases the flow of milk but also that the mechanism by which it does so is not—or at least not entirely—psychological. Difficulties with breastfeeding are often associated with anxiety. Some studies such as one conducted in Perth, Australia, in which twenty breastfeeding women who use herbal galactagogues were interviewed at length, conclude that one of the chief benefits of these herbal remedies is a boost confidence and self-empowerment [5]. Thus, they imply that the effect of herbal remedies on milk flow may occur via the brain—by decreasing anxiety, some herbal remedies somehow help women to produce more milk.

Ghasemi et al.’s study doesn’t offer any data on why the fenugreek tea works, but other researchers have shown that fenugreek affects metabolism via the insulin pathway [6]. In dairy cows, these kinds of metabolic shifts increase milk yields [7].

Whatever the case, far more high quality research into herbal galactogogues is needed. Almost every study in the field repeats that call. More work is needed not just to measure and understand efficacy, but also to check safety. These pleas are driven home by the following statistic: In the U.S., it is thought that 15% of breastfeeding women already use herbal galactogogues [2].