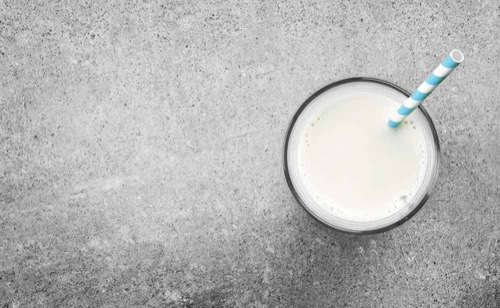 Proteins in food often suffer from mistaken identity. Instead of being seen as the innocuous food items they are, immune systems instead take these proteins for harmful invaders and mount a response. To understand why some immune systems are sensitized to cow milk protein whereas others have an inappropriate reaction, researchers are turning to gut bacteria. In animal models and in humans, food allergies have been associated with a lack of diversity in gut bacteria species [1, 2]. And specific research on cow’s milk allergy (CMA) suggests that there might be particular species of gut bacteria that can prevent the development of allergy or allow for complete resolution of CMA in late infancy or early childhood [1, 3].

To further investigate these potential protective microbes, a team of researchers from the University of Chicago colonized germ-free mice (that is, mice that were bred to be free of any microorganisms) with human fecal material from four healthy infants and four infants with known allergy to β-lactoglobulin (BLG), a whey protein in cow milk and common allergen [4]. All of the infants were formula-fed, and mice were provided identical formula as their human donors. Prior to colonization with human fecal material, all germ-free mice were sensitized to BLG so that each animal’s immune systems created anti-BLG immune factors. When exposed to cow milk, all mice exhibited an anaphylactic response (drop in core body temperature) and a BLG-specific immune response (immunoglobulins directed specifically at BLG). After colonization with human gut microbes, the CMA-colonized mice produced significantly higher BLG-specific immune factors than their healthy counterparts. Moreover, all of the mice receiving healthy infant microbiomes were protected from an anaphylactic response [4].

The team then replicated their experiment with fecal material from four healthy breast-fed infants and four breast-fed infants with CMA to exclude an influence of formula feeding on gut microbiome development. Once again, mice that received their microbiome from healthy infants were protected from anaphylactic response to the milk protein BLG, but those receiving CMA fecal samples exhibited a significantly greater drop in their core body temperature [4].

Having established an association between the composition of the microbiome and CMA allergy, the team sought to establish causation—were there particular types of bacteria present in healthy infants that protected against the pathological immune response? To answer this question, they turned to the contents of the infants’ diapers.

A microbial analysis on stool samples from the eight formula-fed fecal donors identified 58 bacteria types (or operational taxonomic units, OTUs) that had significantly different concentrations between the healthy and CMA infants [4]. The 34 OTUs that were more abundant in the healthy donors were grouped as potentially protective, whereas the 24 that were more abundant in CMA infants were grouped as potentially non-protective. The variable determined to have the largest effect on separating the two groups—that is, the OTU that was enriched in healthy infants and healthy colonized mice compared with their CMA counterparts—was a member of the Lachnospiraceae bacteria family, in the Clostridia class [4]. This was an exciting result, as previous studies had suggested a protective role of Lachnospiraceae species in the development of food allergies.

Not to take away from fecal analysis, but here is where their research gets really interesting. Knowing that food allergies begin in the gut, the team isolated intestinal epithelial cells from the lower portion (ileum) of the small intestines of mice colonized with both healthy and CMA fecal samples. They sequenced the RNA in each cell to determine which genes the cell expressed, and to quantify that gene expression (e.g., was that cell making a lot of that particular gene relative to other cells?). Cells from healthy mice expressed different genes than did cells from CMA mice, and the integration of the OTU data with gene expression data pinpointed precisely which microbes were responsible for the genetic difference: nine OTUs were significantly correlated with an increase in gene expression in the intestines of healthy or CMA colonized mice, five of these were OTUs that were grouped as potentially protective, and of these five, three were part of the family Lachnospiraceae [4].

Multiple lines of evidence now pointed to Lachnospiraceae species, particularly Anaerostipes caccae, as potentially protective against CMA. Lachnospiraceae bacteria are believed to maintain homeostasis in the intestines by influencing the production of immunomodulatory metabolites and through induction of regulatory T cells. Both of these actions are critical for maintaining immune tolerance to harmless antigens such as food proteins. Altering a microbiome might be slightly more complicated than taking a Lachnospiraceae chewable gummy, but microbiome-based therapies offer promise for food allergy treatment, and possibly even prevention.