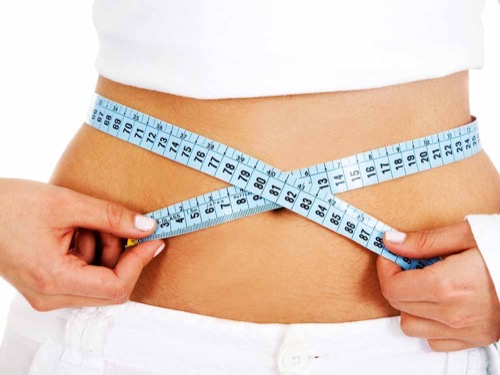 Does dairy make you fat? Being rich in lipids, it should, right? But some evidence suggests that the calories in dairy are somehow easier to burn up than they should be. While the effect is subtle (and certainly not apparent in every set of data), it is sufficient for physiologists to wonder about potential biochemical explanations.

The evidence comes from epidemiological studies. These are hard to interpret because they often present a tangle of cause and effect.

The first tangle is called ‘inverse caution bias’, which describes a situation where obese people eat lots of low-fat dairy as part of an attempt to lose weight. Any researcher arriving at the door with a questionnaire might then note that obese people often eat low-fat dairy products, implying a cause of obesity where none exists. This problem is overcome by prospective studies.

A 2011 review by Anestis Dougkas and colleagues describes 13 epidemiological studies, of which seven are prospective. In all but one case they either report a significant decrease in body mass with higher dairy consumption, or find no statistical significance.

The second tangle of cause and effect arises from the nature of the mechanisms that might be at play. If the girths of dairy lovers are to be compared fairly to those of dairy avoiders, logic dictates that individuals in both groups should ingest the same amount of energy overall. Otherwise you could be comparing piggies and pickers. However, one theory proposes that dairy products exert a sliming effect by fooling the body’s appetite sensors, leading their consumer to crave less food.

When researchers did ensure that their study’s subjects, all obese, were eating equal numbers of calories, there was no sign that dairy enhanced weight loss in three out of five studies. But dairy helped in two of the five. The most striking insight from these studies, however, is that dairy appears to protect against the loss of lean body mass—in other words, muscle—when fat people go on diets.

For example, in one study, three fat-free yogurts per day over the course of a three-month calorie-restriction diet led to an 81% greater loss of belly fat (compared to dieters who didn’t eat yogurt). That kind of finding catches physicians’ attention because there is a well-established association between abdominal fat and metabolic disorders, including type 2 diabetes.

The trunk-fat-fighting effect of dairy has also been demonstrated among rural, middle-aged Swedish men, who are, on the whole, a bit chubbier than the medical ideal. Over 12 years, 15% of the men in this study developed abdominal obesity. The main predictor of who joined this category was how much dairy fat they reported eating on a daily basis at the beginning of the study. Men who normally ate larger amounts of dairy fat were much less likely to spend the next dozen years watching their midriffs expand.

The link between dairy and belly fat also holds true for adolescents. A team of Portuguese researchers has reported it among teenagers in the Azores—islands that lie far out in the Atlantic. After statistically removing all other lifestyle factors and nutritional variables from their results, this team found that adolescent boys who eat at least two servings of milk or yogurt per day are less likely to have excess fat around their waists. The waistline effect was not as strong for girls, but an association between milk consumption and adolescent girls’ overall body fat was significant.

On the whole, Europeans eat a lot of dairy compared to the participants in studies conducted elsewhere. Which begs the question: Are all of these conclusions relevant for populations with different dietary preferences? Two surveys of populations that consume little dairy—the Nunavik in northern Canada and Japanese women—suggest a threshold level of dairy consumption is necessary before any benefit can be measured.

A third, very large population is beginning to show the same effect. Indians, too, don’t drink much milk—or at least that has been the case historically. But this is changing. Between 1980 and 2003, India’s per capita annual dairy supply rose from 39 kg to 70 kg. That still isn’t quite enough to place India in the list of the top 100 per capita dairy-consuming countries, but it represents a huge leap. And the result is evident among Indian factory workers. Surveys of this sector in four Indian cities show that the odds of obesity and of a disproportionally large waist circumference are lower for Indians who have at least one portion of milk each day than for those who don’t consume any.

Similarly, a threshold effect has also been put forward to explain results regarding the potential benefits of dietary calcium. The best-fit line from Dougkas’s meta-analysis yields the insight that consuming about 400 mg of dietary calcium per day—for an average person who otherwise eats normally—gives a BMI of 25.6 kg/m2. If daily calcium consumption rises to 1200 mg, the average person slims by 1.1 kg/m2 and drops to within the accepted healthy range.

Calcium may promote a slimmer body through various mechanisms. It is known, for example, that low dietary calcium increases the blood concentration of several hormones and causes calcium ions to move into cells. Inside cells, this higher calcium level promotes the creation and storage of fat. But whether this mechanism has much influence on obesity is doubted because most fat accumulation in humans comes from food, not from de novo synthesis inside the body’s cells.
Another theory is that high dairy calcium somehow increases fat oxidation. A more accepted idea pins calcium’s slimming effects on calcium ions in the gut reacting with dietary fat to form insoluble soapy blobs. These are then excreted, effectively preventing some dietary fat making its way from the gut lumen into the body.

What is clear, however, is that calcium’s benefits depend, to some extent, on other components of dairy products. Zemel et al., for example, showed more extensive weight and body fat loss in obese people who got their calcium through dairy products as part of a calorie-controlled diet than in those who received calcium as a supplement.

Dougkas’s meta-analysis, like the vast majority of studies, treated all participants equally—which of course, they aren’t, at least in the eyes of geneticists. A rather neat study conducted in Spain has identified a tiny patch of the genome that appears to have huge sway in how the body responds to a high dairy diet.

A little way upstream from a gene that encodes the enzyme lactase, which breaks down the milk sugar lactose, lies a region of DNA that governs how long the lactase gene keeps working. Lactase is produced during infancy so babies can breakdown the lactose in their mother’s breast milk. But whether the cells along the villi of the small intestine continue to produce it into adulthood depends on the DNA sequence of this upstream region.

Dolores Corella and her colleagues examined the lactase gene region of DNA of elderly people living near the city of Valencia in the west of Spain. They found that participants with two copies of the ‘C’ version of the gene have lower BMIs and smaller waists than participants with two ‘T’ versions, or with one ‘T’ and one ‘C’. The double ‘C’ genotype ensures that lactase production halts in adulthood. Details of the results further hint at lactase’s functional role: the differences in body mass and midriff fat were only significant among participants who had moderate or high dairy intakes. So whether you have the ‘CC’ genotype or not makes no difference to your BMI—unless you love dairy.

Although the calcium and lactase data are persuasive, other components of dairy may also influence body weight. Whey proteins have been singled out in the literature because they can be broken down into the bioactive peptides, casokinins and lactokinins, which act to inhibit the production of the hormone angiotensin II. And that, in turn, dampens down fatty acid production. Furthermore, whey proteins seem to stimulate insulin secretion, consequentially suppressing appetite.

Although these details are fiddly and the degrees of difference are small, the stakes are rather big. This planet is currently home to 1.6 billion overweight people who may suffer associated health impacts later in life. It would serve them well to swap dairy into their diets.