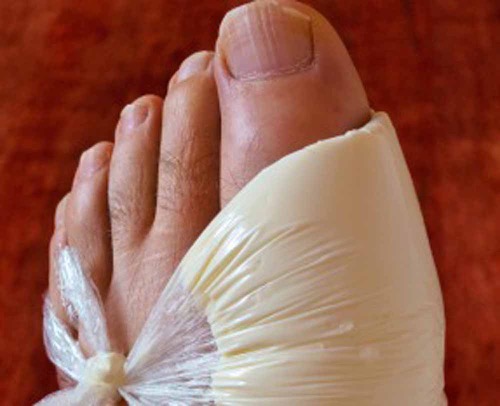 Gout is one of the many diet and lifestyle related diseases on the rise globally. But the link between gout and food intake is far from new. One of the oldest known forms of arthritis, gout was connected with gluttony, drunkenness, and obesity way back in the 5th century BC. Hippocrates, the ancient Greek ‘father of western medicine’, attributed the disease to excessive intake of food and wine, and recommended dietary restriction and reduction of alcoholic beverages as treatment.

While modern medicine is far removed from Hippocratic medicine, today’s physicians still uphold specific dietary recommendations for gout patients. For instance, the American College of Rheumatology Guidelines for Gout Management list a number of foods to avoid or limit, and encourage intake of vegetables and low or non-fat dairy products. But what’s the foundation behind these dietary recommendations?

The culprit behind the classic symptoms of gout—pain and inflammation—is a chemical called uric acid. Uric acid is a natural byproduct of our metabolism, but in some people, it accumulates in the blood due to genetic or environmental risk factors. When blood levels get very high, the uric acid solidifies and forms salt crystals. These crystals build up in certain areas of the body—typically the joints—causing pain and inflammation.

Our body makes uric acid when breaking down substances called purines, which are found in all plant and animal cells. That means we metabolize purines coming from our own cells as well as from our diet, especially meats, seafood, and alcoholic beverages.

Around a third of the uric acid in our bodies comes from purines in our food and drink; this is the portion that can be changed to some extent and that varies between individuals. However, only a minority of those with hyperuricemia—a fancy way of saying too much uric acid in the blood—develop gout.

So, has modern science turned up any hard evidence for the ancient gout-and-gluttony link? And can our culinary customs reduce the risk, or even the symptoms, of gout?

Several studies have shown a relationship between diet and cases of hyperuricemia, as well as gout. Consumption of purine-rich foods and alcohol has been consistently associated with higher blood levels of uric acid. In contrast, dairy products, vegetables, fruits, grains and some other foods are associated with lower blood levels of uric acid, as reviewed recently by Ekpenyong and Daniel (1).

For instance, a new study from Korea compared nutrient intake and diet quality between a group of people with hyperuricemia and a control group (2). The study was a type of observational study that involved analyzing data from more than 9000 people who underwent health examination during a specific period. They all had completed a detailed three-day food record, a questionnaire on dietary habits, and laboratory tests.

The researchers found many clear differences between people with hyperuricemia and those with normal blood levels of uric acid (the controls). The hyperuricemia sufferers had higher body mass index, thicker waists, and unhealthier cholesterol levels than the controls. So it was perhaps not surprising that the hyperuricemia subjects drank more alcohol and ate less veggies. They also had lower intake of dairy products and several important vitamins and minerals than their healthier counterparts.

Of meat and men

In an earlier study seeking to examine the link between gout and various foods, US researchers followed a group of nearly 50,000 men over a 12-year period (3). At regular intervals, the men answered questionnaires about their eating habits and medical conditions. The researchers found that the men who ate more meat and seafood had a higher risk of gout, whereas those who ate more dairy products had a lower risk.

However, as is typically the case for this type of observational study—and similarly for the Korean study (2)—it was not possible to determine the cause and effect in the observed links between gout, hyperuricemia, and diet.

Having confirmed that milk could reduce the amount of uric acid in the blood, possibly by increased excretion in the urine, the scientists then tested whether milk products could also help alleviate gout symptoms. In a new randomized controlled trial involving 120 gout patients (5), they found that a daily dose of skimmed milk enriched with two milk components—glycomacropeptide and milk fat extract—somewhat reduced the frequency of gout flare-ups. The patients drinking the enriched skimmed milk also reported greater improvement in pain—a reduction of 10 per cent—compared with controls.

The researchers suggested that the enriched milk might have reduced gout flares not only by increasing excretion of uric acid in the urine, but also by inhibiting the body’s inflammatory response to uric acid crystals in the joints. However, the exact mechanisms and effective doses of bioactive milk components—alone or in combination—remain uncertain.

Whether the effects observed during the three-month trial period would be sustained in the long term is also uncertain. An even more important question is whether the small effects observed in the study—the first of its kind and one of the most carefully designed to date—would be clinically relevant. Scientists who independently evaluated the results (6) doubted their clinical significance and deemed the evidence ‘low-quality’.

As we have seen, several observational studies show a clear association between various dietary factors, hyperuricemia, and gout. But the evidence behind widely used dietary recommendations for alleviating gout is scarce (6). More and larger intervention studies are needed to clarify the role of dietary supplements in managing the risk and symptoms of gout.

Some scientists argue that low-purine diets are not only questionable in terms of their long-term efficacy in gout patients but also too hard to stick to and therefore less likely to succeed than drug-based therapies (7).

And while the jury is still out on the exact the role of diet in hyperuricemia and gout, it seems that the general recommendations for a healthy diet may also help prevent high blood levels of uric acid—an important risk factor for not only gout, but also kidney and cardiovascular disease, obesity, and diabetes. As always, prevention is better than cure.