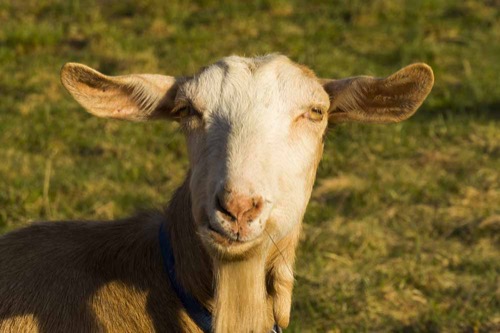 Goats were one of the first animals to be domesticated [1], and research into the health implications of consuming goat’s milk has been published in academic journals for more than a century [2]. Yet new findings appear all the time. In the past year, for example, computational approaches have been applied to the study of bioactive peptides that are released when we digest goat’s milk—and levels of various anti-inflammatory components in goat’s milk have been measured. Broadly speaking, goat’s milk main benefits are that it prompts fewer allergic responses than cow’s milk and is more easily digested and absorbed. For these reasons, its consumption is increasing all over the world.

That is not to say that goat’s milk is preferable to cow’s milk in every respect. Whether switching to it is worthwhile depends on your health status. Although goat’s milk is often an option for those with cow’s milk allergies, it is also rather high in fat (it contains 3.8% fat [3] compared with the 1% of cow’s milk) so is probably not a good option for people struggling with their weight. Moreover, pregnant women should take note that goat’s milk contains very little folic acid, vitamin B6 or B12, all of which are important for infant development.

Nonetheless, the main reason that goat’s milk is often well tolerated by people who struggle with cow’s milk allergies is its typically lower levels of a protein called alphaS1-casein. There are many variants of this protein, and the particular versions that appear in any mammal’s milk depend on the alphaS1-casein alleles (versions of a gene) of that animal. AlphaS1-casein is the major protein in cow’s milk, but, when it comes to goat’s milk, the title normally goes to a different protein, beta-casein. Still, goat’s milk has widely varying levels of alphaS1-casein, and some breeds—for instance, Alpine and Garganica goats—are often selectively bred on this basis [4]. The generally smaller amounts of alphaS1-casein in goat’s milk compared with cow’s milk means fewer digested particles from this protein pass through the gut wall and bind to antibodies called IgEs—the interaction that prompts the symptoms of milk allergy [4].

There are, of course, other molecules that lie behind goat’s milk hypoallergenic properties. Next to cow’s milk, it contains less beta-lactoglobulin, another allergen to some people, and it appears to stimulate the production of interleukin-10, a molecule that quells inflammation [4]. A few studies have analyzed the medium-length sugar molecules—oligosaccharides—in goat’s milk, and reported that these, too, have an anti-inflammatory effect in rats with induced colitis (which are often considered a model for inflammatory bowel disease in humans) [5, 6]. Moreover, a team of researchers based in Turkey has recently found levels of adipokines—anti-inflammatory molecules such as leptin—in goat’s milk that may contribute significantly to its much lesser allergenic effect than cow’s milk [7].

So why is goat’s milk more easy to digest than cow’s milk? This, too, is down to casein proteins—casein curd from goat’s milk is usually softer than the casein curd of cow’s milk—but also down to differences in the two milks’ fat component [8]. Goat’s milk has a lot of fatty acids whose chemical structures have medium-length carbon tails. This structural fact, in some ways, characterizes goat’s milk: three fatty acids—caproic, caprylic and capric—are named after goats. As a result of its fatty acid composition, goat’s milk has smaller fat globules than cow’s milk, and this makes for better-dispersed fat globules. (What’s more, unlike goat’s milk, cow’s milk also contains a protein that encourages fat globules to collect, called agglutinin.) Because small fat globules have more surface area than large ones for any given total amount of fat, the emulsion structure of goat’s milk facilitates more digestive enzymes finding something to chew on [8].

Better digestion promotes better absorption. Overall, the evidence suggests that both calcium and iron appear to be better absorbed by the body from goat’s milk than cow’s milk. Back in the year 2000, a group at the University of Granada, in Spain, tested whether this was true in rats [9]. They fed rats a “standard diet,” a goat’s milk-based diet, or a cow’s milk-based diet, and then analyzed the rats’ body compositions. The results for calcium absorption were impressive: the calcium content of the animals’ femurs, sternums and longissimus dorsi muscles (a muscle running the length of the back) was higher among the rats fed the cow’s milk diet than the standard diet, yet higher still among rats fed the goat’s milk diet.

The same experiment did not find a difference in iron absorption between the two milk diets. But research conducted during the 18 years since has proposed goat’s milk as a possible treatment for anemia. Reviewing eight studies of iron availability and absorption interference, Nurul Nadiah Mad Zahir and colleagues concluded that “iron deficient rats treated with goat’s milk showed increased hemoglobin regeneration efficiencies… evidenced by increased serum hemoglobin, red blood cell count, packed cell volume…” [10]. These studies show two more key findings. The first is that a receptor in the small intestine—an ion transporter called divalent metal transporter 1—tends to be up-regulated in rats that have consumed a goat’s milk-based diet. This receptor is linked to the production of new red blood cells. The other important finding is that goat’s milk diets appear to lead to higher levels of iron stores in bodily organs like the liver, spleen and bone marrow.

Goat’s milk certainly does not out-perform cow’s milk in every respect, but it does offer several advantages for people with cow’s milk allergies, and could help those who need to lay more calcium on their bones. It’s also a relatively under-researched substance. With more than 500 goat breeds in the world, and 95% of the global goat population in developing countries, there is plenty of science left to do and often not enough scientists situated in the right places to do it. Appetites for goat’s milk in richer countries are swelling. And even if it’s not to your palette, or the high fat content puts you off, one can now purchase goat-milk tablets and goat-milk powder as a nutritional supplement.