Getting More (Phospholipids) Out of Milk 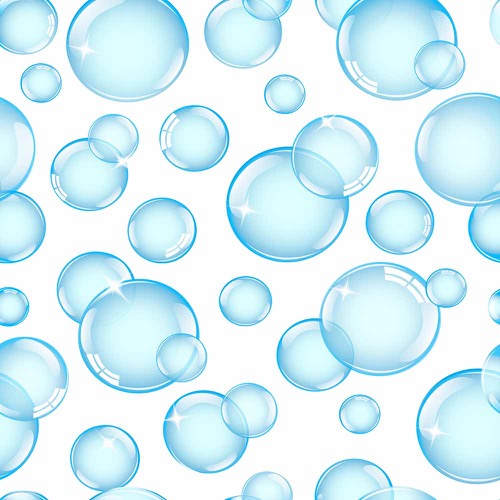 In recent years, each solid fraction of milk has been revealed to contain functionally relevant complexity that had previously gone unappreciated. The protein portion of breast milk, for example, is broken down by milk enzymes into many smaller peptides, of which at least 41 fight bacteria. The oligosaccharide portion has a long list of roles, from nourishing ‘good’ gut bacteria to encouraging proper immune system development. And now there is also some evidence that different fats appear in milk in different proportions at different times in a young mammal’s life and in patterns that may help the young mammal to grow healthily. Moreover, researchers are asking whether the fats in question also influence the health of older humans, a line of investigation that could one day lead to fat-specific dairy products for the purpose of addressing certain health issues.

Much of the work in this field is recent. One of the main tasks is to build a really detailed picture of the kinds of fats that appear in milk, such as phospholipids. Looking at breast milk from women with four-month-old infants, Francesca Giuffrida and colleagues recently employed liquid chromatography combined with an evaporative light scattering detector to determine the amounts and types of phospholipids present. Of the various phospholipid classes, sphingomyelin occurred at the highest concentrations. The researchers also calculated how much a typical, exclusively breast fed four-month-old consumes: 140 mg of phospholipids per day.

This number confirms that babies get about half of their daily calories from fat. But the idea that the fats in milk are purely there to be metabolized seems improbable given what research has turned up about the many unforeseen roles of milk proteins and carbohydrates.

Nurit Argov-Argaman, a professor and lipid metabolism expert at the Hebrew University of Jerusalem in Israel, has published several papers on lipids in cow milk. She has found that globules get smaller on average as lactation progresses and larger volumes of milk are produced. This happens until about six months in, when the globule size starts to rise again and milk production falls. And smaller average globule size tends to mean a higher proportion of saturated fatty acids. In milk produced two months after giving birth, the small fat globules in cow’s milk have 10% more saturated fatty acids than the larger fat globules do.

Argov-Argaman thinks the answer to the question of why the fats in milk vary over time lies partly in the practical functioning of the mammary gland. “The reason for the largest globules [appearing] at the very beginning of lactation is probably attributed to the fact that the mammary epithelial cells acquire fat synthesis capacity days and even weeks before parturition…and only very close to parturition acquire the secretion capacity,” she says. However, the needs of the infant are probably also relevant. “But let’s not forget that the changes in milk fat globule mean diameter occur simultaneously with developmental changes in newborn physiology. The same can be said for different fatty acids, of which some induce hepatic metabolism by increasing beta oxidation and energy production while others induce triglyceride secretion into the blood stream for utilization by peripheral tissues like adipose.” To really understand what might be going on, more data on the correlation between newborn developmental stages and milk fat compositions is needed.

That will take awhile. Still, the knowledge that smaller globules means more saturated fat, and that globule size changes over the course of lactation, could be useful for the food industry. Furthermore, the proportion of phospholipids in milk could prove particularly interesting. Since phospholipids compose fat globule membranes, the smaller the average globule (in other words, the higher its surface area to volume ratio), the greater the proportion of phospholipids.

Some researchers are already probing how that knowledge might be made practically useful. Andrew Scholey of Swinburne University of Technology, Melbourne, and his colleagues are investigating whether a concentrate of phospholipid-rich milk protein might help elderly people struggling with age-associated memory impairment. They are running a trial where over 55s will either receive a supplement of phospholipids from milk or one of two placebos. Their hopes are founded on various findings that have linked phospholipids to cognitive performance. One phospholipid, phosphatidycholine, has for example been demonstrated to enhance the activities of membrane-bound enzymes involved in signal transduction. Phosphatidycholine also restores age-related reductions in nerve cells called choline-acetyltransferase-positive neurons.

If this trial and others like it in the future prove successful, elderly people everywhere and the dairy industry will have much to celebrate. But even if it doesn’t, there is a sense that the field of milk lipids is encouraging a shift in perspective. “We just need to realize that each individual cow produces milk which is different from the average milk, according to her metabolic state… lactation stage, genetics and probably many other facts that influence milk fat globule diameter and hence milk fat composition,” says Argov-Argaman. “If we look at the cow in a slightly different manner, we will be able to produce milk which can be customized better to the public needs.”