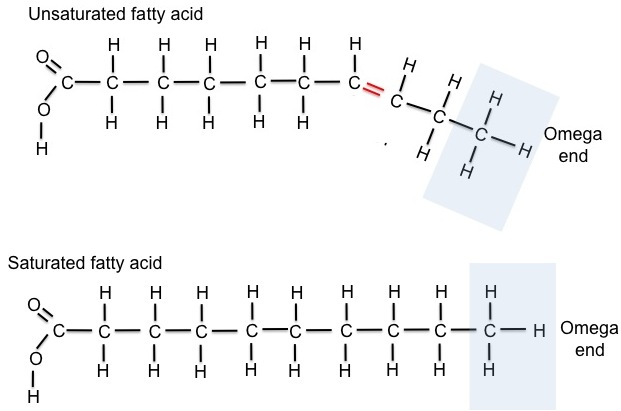 In the early 20th century, vitamin D was added to commercial cow’s milk in response to the rise in malnourished children and adults with insufficient amounts of this essential nutrient in their diets. Today, many Americans and other populations consuming a primarily Western diet face another nutritional challenge. Despite having plentiful amounts of fat, the Western diet is lacking in a specific group of fatty acids called omega-3s, touted for their benefits to heart and brain health. In an effort to increase omega-3 intake, food manufacturers have started fortifying commonly consumed foods, including breads, cereals and eggs, with these essential fatty acids. Cow’s milk also is getting in on the act, in more ways than one. Although milk can be fortified with plant-based omega-3 fats, researchers are exploring the potential benefits of fortifying dairy cattle diets with omega-3s to influence the proportion of these healthy fats in milk. Do more omega-3s for cows mean more omega-3s for milk consumers?

The skinny on fatty acids

Mammalian milks contain over 400 different fatty acids, but each has the same basic structure: a chain of carbon atoms bonded to two hydrogen atoms, with an acidic “head” (CO2H) and a methyl group (CH3) “tail” (also called the omega end). The variation in fatty acid structure comes from the total number of carbons in the chain (<6 carbons = short-chain, 6–12 = medium-chain, >12 long-chain) and the presence of double bonds between the carbons. If the chain of carbons has only single bonds, the fatty acid is said to be saturated, whereas the presence of at least one double bond makes it an unsaturated fatty acid. Putting this all together, a fatty acid chain with more than 12 carbons and multiple double bonds earns the lengthy title of long-chain polyunsaturated fatty acid (LCPUFA).

But wait, there’s more! LCPUFA are further grouped based on the location of the last double bond from the omega end of the molecule. Omega-3 fatty acids, such as alpha-linolenic acid (ALA) and docosahexaenoic acid (DHA), have their last double bond at the third carbon from the omega end of the chain. Accordingly, omega-6 fatty acids, such as linoleic acid (LA) and arachidonic acid (AA), have the double bond at the sixth carbon.

Getting the right ratio

Both omega-3 and omega-6 fatty acids are considered essential because humans, and other animals, cannot synthesize them and must instead get them from the diet. Western diets are plentiful in sources of omega-6 fatty acids (corn oil, palm oil and most nuts) but lacking in omega-3s (green leafy vegetables, flaxseed, olive oil, fish). To put the imbalance in perspective, it is estimated that Western diets contain between 10 and 15 times more omega-6 fats than omega-3 fatty acids. The “optimal” ratio of omega-6 to omega-3 is estimated to be closer to 2:1 (Benbrook et al., 2013).

The issue is not that omega-6 fatty acids are unhealthy; as LCPUFA they are considered one of the “good” fats and an important part of a healthy diet. But too many omega-6s can interfere with the way the body utilizes omega-3 fatty acids and thereby limit their numerous health benefits, such as reducing the risk of cardiovascular disease, diabetes and obesity. The prevalence of omega-6s in the Western diet may make it challenging for many people to reduce their consumption. But what if commonly consumed foods, such as milk, had higher concentrations of omega-3s?

If you give a cow some flaxseed

LCPUFA in milk are derived from LCPUFA in the mother’s diet. As a result, mothers that eat more omega-3 fatty acids have higher concentrations of milk omega-3s (Brenna et al., 2007; Iverson and Oftedal, 1995; Milligan and Bazinet 2008; Yuhas et al., 2006). At least, that is how it works in humans and most other mammals. The relationship between diet and milk is a little more complicated in cows (and other ruminants). As cows digest the fats in their food, the microbial activity in their rumen converts the double bonds in the LCPUFA into single bonds, effectively turning them into saturated fatty acids (Benbrook et al., 2013).

Microbial conversion of double bonds in fats to single bonds presents a challenge for increasing cow milk PUFA concentration. For cows, it is not just about eating more omega-3s, but eating the right type or combination of omega-3s to maximize their transfer from the diet to milk. To this end, researchers have experimented with feeding cows different combinations and concentrations of various vegetable sources of omega-3 ALA, and the results are promising. For example, cows consuming flaxseed-supplemented forage produce milk with 60–100% more ALA than those fed a control diet (Neveu et al., 2013, 2014). Cows fed linseed (a derivative of flax), rapeseed (canola) and alfalfa also produce milk with higher concentrations of omega-3 fatty acids (Dang Van et al., 2011; Oeffner et al., 2013; Puppel et al., 2013).

There is an additional benefit to upping the contribution of omega-3s in milk. When the proportion of one fatty acid goes up, another (or others) must go down. A consistent finding of these supplement experiments is that when milk omega-3s go up, saturated fatty acids go down. The total fat content of the milk is not altered, only the relative contribution of saturated and unsaturated fatty acids. And fortunately for human consumers, the shift is in the direction of improved nutritional quality.

The evidence for omega-3 fatty acid consumption greatly improving the fat profiles of cow’s milk is compelling, and receives further support from a new study that compares milk fatty acids from organic and conventional milk (Benbrook et al., 2013). Cows from organic milk producers are not purposely supplemented with omega-3s, but they consume more omega-3s and less omega-6s as a result of increased access to pasture (where they consume grasses and legumes) and decreased consumption of grains, particularly corn. As predicted, differences in the amount of omega-3s in the diet produce differences in milk omega-3s between organic and conventional dairy cattle. Organic milk has significantly higher proportions of omega-3s (62%) than conventional milk (Benbrook et al., 2013). Moreover, the ratio of omega-6 to omega-3 fatty acids also is significantly lower in organic milk (2.3 compared with 5.8). This study demonstrates what omega-3 ratios may be achievable on other farms around the globe that have increased access to pasture and reduced use of grains.

Milk fat composition is dynamic, and we can use this physiological property to our advantage by increasing the contribution of good fats (omega-3s) and decreasing that of less desirable fats (saturated fats). Vitamin D fortification of milk had a profound impact on human nutrition nearly 100 years ago. It is intriguing to speculate how increasing the nutritional value of such a widely consumed food may influence human health today.