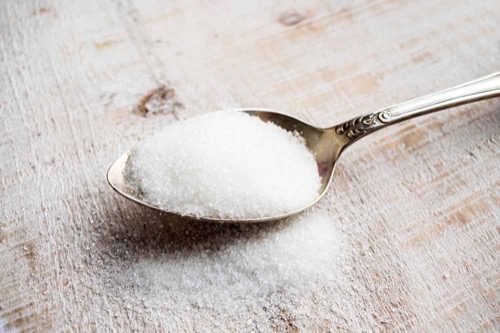 High-fructose corn syrup has a bad reputation. It is a common ingredient in all kinds of processed food, from cookies to bread and salad dressing, primarily because, unlike sucrose, it is predictably cheap over time [1]. As with other sugars with a high glycemic index, its consumption is associated with an increased risk of metabolic disorders, such as type 2 diabetes. For a long time, nutritional scientists have known about healthier sugars with the prerequisite sweetness to replace high-fructose corn syrup, however, the production costs of these alternatives have not been competitive. Now, thanks to the efforts of an international group of researchers, this may change. The group has genetically engineered yeast to turn lactose into tagatose—a sugar with about half the calories of table sugar, and that tastes like the real thing.

Specifically, tagatose has 92% of the sweetness of sucrose. Its current means of industrial production has received “generally recognized as safe” status from the United States Food and Drug Administration [2]. This method involves an enzyme-catalyzed isomerization reaction. The more tagatose you wish to produce, the more enzyme is needed, which is one reason the costs of industrial production have been so high. The main reason, however, is that only a very impure product can be manufactured in this way. At 30°C, the isomerization reaction yields a mere 30% tagatose to 70% galactose—the raw ingredient from which it is made—because a thermodynamic equilibrium is set up between the galactose substrate and tagatose product that is hard to nudge towards a greater proportion of product. Purifying this mixture requires substantial money and effort.

What if these purification costs could be essentially eliminated, and if there were no need to add enzyme in proportion to the scale of the operation? This is what the research team, led by Yong-Su Jin of the University of Illinois at Urbana-Champaign, have achieved. They have come up with a “carbon-partition strategy.” This begins with normal laboratory yeast—a workhorse of geneticists. The researchers tweaked its genetics so as to divert lactose consumption away from the pre-existing metabolic pathway, and towards alternative routes. The resulting yeast can absorb lactose, break it up into glucose and galactose, and then use this glucose to fuel the conversion of galactose into tagatose, as well as to power cellular replication—which makes for a self-sustaining and scalable process. Doing things this way generates a fermentation broth that is 90% pure. The last little bit of galactose in the mixture can be mopped up by adding standard yeast. The work is published in a recent issue of the journal, Nature Communications [3].

The researchers had to overcome a series of genetic challenges to create the tagatose-producing yeast. The first step was to delete a gene called GAL1. This gene encodes the enzyme that normally begins galactose breakdown by phosphorylating the sugar. The team then introduced new genes into their chosen “EJ2g” strain of yeast using plasmids. They added a xylose reductase (XR), which turns galactose into galactitol, and a fungal gene called galactitol-2-dehydrogenase (GDH), to take the galactitol produced by XR and create tagatose. Then the challenge was to optimize the tagatose yield, which they did by adjusting the expression levels of XR and GDH, aiming for a fermentation broth as rich as possible in tagatose.

The authors hope to commercialize their findings, having already been granted a patent. Three of them, including Yong-Su Jin, have a financial interest in a company called Sugarlogix, Inc., a start-up based in Berkeley, California, that aims to create, in a commercial setting, sugars that promote the growth of “good bacteria” in the human gut, such as 2′-fucosyllactose, which occurs in breastmilk. Presumably tagatose will soon be added to the company’s repertoire. Aside from the low cost of the production method, the main ingredient—lactose—should be cheap to acquire, since it is a waste product as part of whey in the making of cheese and Greek yogurt.

Other innovators have tried over the years to figure out a cheap way of making tagatose[4], without great success. But by tearing up the old recipe and starting afresh, these researchers appear to have found a low-cost and scalable method—and, if development continues to go well, they may provide cookie factories everywhere with a financial incentive to make healthier biscuits.