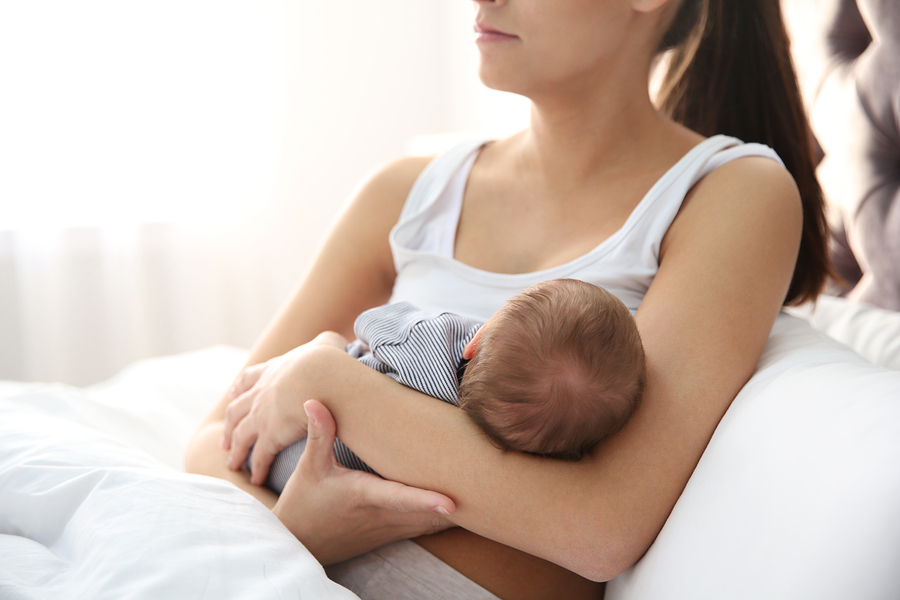 Fatty acids are the most variable macronutrient in human milk. So variable, in fact, that researchers believe each mother produces her own unique milk fatty acid signature [1]. Unfortunately, not all fatty acid signatures are optimal for infant growth and development. Decades of research have demonstrated that docosahexaenoic acid (DHA), an omega-3 long chain polyunsaturated fatty acid (LCPUFA), is necessary to optimize the growth and development of infant neural functions [2]. DHA also happens to be one of the most variable fatty acids in human milk, which means many mothers produce milk with concentrations that might not meet infant developmental requirements.

The reason for all of this variability has to do with the source of milk fatty acids. The mammary gland can only manufacture fatty acids with 16 carbons or less (short- and medium-chain fatty acids). However, which fatty acids the mammary gland synthesizes de novo (and how much of these fatty acids it makes) is influenced by maternal diet [3]. Longer chain fatty acids (meaning longer than 16 carbons), including DHA and other polyunsaturated fatty acids, are pulled from circulating levels in the maternal bloodstream and maternal fat stores, which means they are also influenced by the mother’s diet (both present and past) [1, 2]. To make things even more complicated, there are several known genetic variants that influence the concentration of milk LCPUFA, such as the FADS1 and FADS2 genes that code for enzymes responsible for polyunsaturated fatty acid metabolism [4].

A new study [1] from a team of Canadian researchers investigated FADS genes, maternal diet, and a multitude of other non-genetic factors with the goal of identifying the independent and combined impact of each factor on particular milk fatty acids. They argue that the only way to understand variability in milk fatty acids is to study the potential effects holistically and simultaneously, and included in their analysis many factors that have not received the same attention as maternal diet, such as whether the mother suffered from chronic health conditions (e.g., asthma, inflammatory bowel disease), maternal age and ethnicity, season of milk sampling, and whether the infant was exclusively breastfed [1].

The study population of 1,094 mother-infant dyads comes from four areas throughout Canada (Edmonton, Manitoba, Toronto, and Vancouver). Each mother provided one milk sample during a home visit between the third and fourth month postpartum. Data on non-genetic factors was obtained either directly from medical records (such as mode of delivery) or from questionnaires administered to the mothers. Diet was estimated during pregnancy using a commonly used form called a Food Frequency Questionnaire (FFQ), with particular interest in any and all foods that contain LCPUFA (fatty cold-water fish, white fish, shellfish, eggs, nuts, fish oil supplements, and multivitamins). Blood samples taken during pregnancy were used to determine two genetic variants (called single nucleotide polymorphisms or SNPs) of interest in FADS1 and FADS2 genes.

The team identified four broad milk fatty acid composition patterns: (1) mono-unsaturated fatty acids and low saturated fatty acids, (2) high omega-6 PUFA, (3) high omega-3 PUFA, and (4) high medium-chain fatty acids (defined in this study as <14 carbons) [1]. Neither of the genetic variants examined was associated with milk DHA concentration but were associated with lower milk ARA and had higher scores on the medium-fatty acid chain pattern. Both fish oil supplementation and fish consumption were positively associated with the high omega-3 PUFA pattern. Fish oil supplementation either during pregnancy, during lactation, or both was associated with high omega-3 and DHA milk proportions. Moreover, the frequency of fatty cold-water fish consumption increased milk DHA concentration in a dose-dependent manner. Somewhat paradoxically, diets that received a higher Healthy Eating Index (HEI score)—a measure of how well the diet matches up with dietary recommendations from the Dietary Guidelines for America—was associated with higher total milk omega-6 fatty acids, including linoleic acid and arachidonic acid but not higher milk omega-3 or DHA [1]. One might assume that mother’s with a higher dietary quality would produce milks with optimal milk DHA, and yet the study found that the majority (69%) of mothers in the study population produced milk with DHA proportions below the minimum proportion required in human milk substitutes (0.2% DHA) [1].

Considering the sources of milk LCPUFA, it seems surprising that diet only accounts for 25% of the total variation in their concentration. The study did not identify any effect of infant gestational age, infant sex, maternal age, or smoking—what other factors might explain the remaining 75% of variation in LCPUFA variation? “I think the other 75% variation has a lot to do with the elements of diet and genetics that we did not capture in our study,” explains corresponding author Dr. Meghan B. Azad, Assistant Professor in the Department of Pediatrics and Child Health, University of Manitoba and Research Scientist at Children’s Hospital Research Institute of Manitoba. “If we had more precise data on dietary intake, fats especially, I am sure we would see even stronger associations and explain more of the variation.” Dr. Azad also believes genetics are likely to play a larger role than the current study was able to detect. “We just looked at 2 SNPs in the FADS gene cluster. There are almost certainly other SNPs in that gene cluster that are important, and likely there are other relevant genes that also contribute to milk fatty acid levels that have not been identified.”

The complex interaction between genes and diet (or genes and maternal body weight, or other non-genetic factors) suggests that simply telling mothers “eat more DHA-rich foods” might not be sufficient public health advice to increase milk DHA (How much? During pregnancy, lactation, or both? Are supplements just as good as DHA-rich foods?). But the very low levels of milk DHA identified in this study population certainly demonstrate the importance for evidence-based advice on diet and potentially other modifiable lifestyle factors.