From Mother’s Gut to Milk 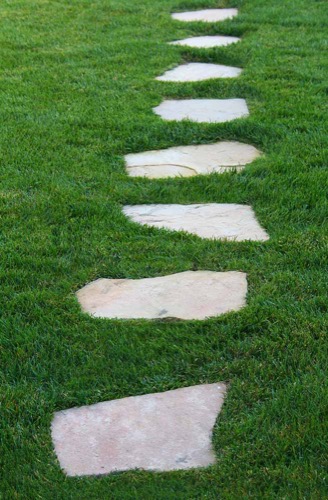 In a world filled with harmful bacteria, viruses, and parasites, it seems quite paradoxical that a human infant would be born with an immature and inefficient immune system. That is, of course, until you realize the infant benefits from mom’s immune system hard at work in mucosal surfaces. The process of transferring immunity, also known as passive immunity, begins during pregnancy with the transfer of Immunglobulin G (IgG) cells from maternal to fetal circulation through the placenta. At birth, the mammary gland takes over, providing numerous types of immunogloblulins (antibodies) and other immune factors. But the mammary gland isn’t working alone–the antibodies in milk are derived from antibodies the mother produced in her own gut. This link between the mammaries and the gut, known as the entero-mammary pathway, means that infants are not just ingesting generic antibodies with their milk; they are getting antibodies specific to pathogens in their own environment.

The lymphatic system is responsible for moving lymphocytes (cells of the immune system, including antibodies) throughout the body to help initiate and participate in an immune response. Lymph tissues are found throughout the human body, with the largest mass (up to 70% of the body’s immune cells) found in the gastrointestinal tract (Jung et al., 2010). Called gut associated lymphoid tissue (GALT), this tissue stores antibodies and other immune cells (e.g., T cells, macrophages) and also contains specialized cells known as M cells that transfer pathogens passing through the gut to the lymph tissue so they may be recognized by antibodies.

In a nonlactating female, or in a male, pathogen recognition within M cells will stimulate an immune response that leads to the production of large numbers of immunoglobulin A (IgA) antibodies specific to the pathogen and their release into the gut mucosa, where the invader was first encountered, as well as the salivary glands and lymph nodes.

The scenario plays out quite differently in a lactating female. In addition to being directed back to gut mucosal surfaces and other lymphatic glands, IgA antibodies from GALT have a homing mechanism directing them towards the mammary gland (Blewett et al., 2008; Brandtzaeg, 2002; Goldman, 1993; Kleinman and Walker, 1979). The movement of IgA from the gut to the mammary gland is believed to be under the control of numerous hormones, including prolactin, estrogen, and progesterone, as well as chemokines, and cytokines (Boumahrou et al., 2012; Brandtzaeg, 2002). This results in the mammary gland becoming a part of the integrated mucosal immune system in a lactating female (Brandtzaeg, 2002).

The right man for the job

When gut-primed IgA antibodies reach epithelial cells of the mammary gland, they change their structure into secretory IgA (sIgA): two IgA molecules attached by a joining chain and then combined with a secretory component. The structural change is critical for their success; digestive enzymes cannot degrade sIgA, and the digestive tract is exactly where these antibodies are needed.

Their success also depends upon their ability to recognize the target pathogens. Pathogen recognition permits them to bind to, and therefore block, enteric pathogens attempting to attach to the surface of the infant’s gut. And herein lies the beauty of the entero-mammary pathway: mother and infant share the same epidemiological environment, and thus the sIgA transferred from mother to infant will be directed towards the very pathogens the infant is likely to encounter.

The link between gut and mammary is critical for the transfer of specific protection of the infant’s gut. Numerous studies have identified milk sIgA antibodies directed against enteric pathogens, including E. coli, Campylobacter, cholera, shigella, giardia, and salmonella (Blewett et al., 2008; Goldman, 1993; Hoshower, 2005; Lonnerdal, 2003; Ruiz-Palacios et al., 1990). All of these pathogens would be novel to the infant immune system. Even if it were fully functional, the immune system’s first encounter with a pathogen is always slower and less efficient. This is why we vaccinate; the vaccination introduces the pathogen to the body in a weakened (or dead) state, and the resulting immune response creates numerous memory cells. During the next encounter with the pathogen, the memory cells are able to quickly recognize and attack and thereby prevent infection. In the same way, milk sIgA provide the infant with the mother’s memory cells and act as a vaccination against a variety of pathogens directed at the gastrointestinal tract.

While certainly important for infants in developed countries, the presence of these antibodies may be life saving for those living in environments with a high pathogen load. Diarrheal diseases (which includes E. coli, Campylobacter, cholera, shigella, giardia, and salmonella) are responsible for 22% of all deaths for children under the age of 5, or approximately 5 million children a year (Brandtzaeg, 2002; Labbock et al., 2004). Several studies have demonstrated a protective effect of breastfeeding against diarrhea, with both direct and indirect evidence that the protection is conferred by milk antibodies (Labbock et al., 2004; Ruiz-Palacios et al., 1990).

Like humans, lactating mice demonstrate a link between gut IgA and milk sIgA, therefore providing an animal model for which to test hypotheses about the mechanisms involved with transferring immunity from mother to offspring. Of particular interest are factors that may increase milk sIgA content. Boumahrou et al. (2012) took advantage of an inbred strain of mice that have elongated intestinal tracts (called PRM/Alf mice) to investigate whether having more gut surface area, and thus presumably more GALT, would increase the quantity of IgA transferred to the mammary gland and subsequently increase the amount of sIgA in the mother’s milk.

They found that, compared to control mice, the PRM/Alf mice had a greater number of gut-derived IgA in the mammary gland and a corresponding increase in milk sIgA. The two breeds of mice did not differ in the concentration of IgA or sIgA in maternal plasma, nor in the concentration of a cytokine thought to be integral to the transfer of IgA from the gut to the mammary gland (called CCL28). Thus, the difference appears to be the result of a greater number of IgA migrating to the mammary gland directly from the gut, which Boumahrou et al. hypothesize is the result of a higher source of precursor cells available from the elongated intestine of the PRM/Alf mice strain.

Increasing the length of the gastrointestinal tract is not a viable option for human females interested in increasing the sIgA content of their milk. But these results are still applicable for understanding the entero-mammary pathway in humans. Boumahrou et al. clearly demonstrate that the production of sIgA in the mammary gland is dependent upon the availability of IgA solely from the gut, as opposed to IgA from maternal circulation (plasma). Variation in milk sIgA in humans has been linked to stress, maternal age, and immune status (Groer et al., 2004). This comparative study in mice suggests these factors may influence pathogen recognition by M cells in GALT or the ability of M cells to transfer IgA from gut to mammary.

Other travelers on the entero-mammary pathway

sIgA antibodies may not be the only milk components derived directly from the maternal gut. Several studies have demonstrated the presence of bacteria in human milk (Grönlund et al., 2007; Martin et al., 2003), and a study by Perez et al. (2007) suggests that in lactating females, intestinally derived bacteria travel to the mammary gland and ultimately end up in milk using the same cellular pathway utilized by IgA cells. They compared the ribosomal DNA (rDNA) sequences of microbiota in milk, maternal feces and infant feces and identified common bacterial signatures from mother/infant dyads. They call this process bacterial translocation and suggest it imprints upon or programs the immune system of the infant gut to detect harmful from helpful bacteria. Usually bacterial translocation would result in sepsis (bacteria in the bloodstream). But Perez et al. speculate the migration of these bacteria takes place within intestinally derived cells (perhaps mononuclear phagocytes) and therefore has no effect on maternal health.

It can have huge impacts on offspring health, however. Like the infant’s immune system, the gut is also naïve and requires time to learn which bacteria should be tolerated and which should be attacked. Bacterial imprinting of the infant gut through bacterial translocation allows the infant to fast track the process of recognizing bacterial patterns from the environment (Perez et al., 2007).

This study is the first to suggest a programming effect as well as a connection of milk bacteria to the entero-mammary pathway. The authors were unable to identify the mechanisms by which bacterial components were mobilized from the maternal gut and then transferred to the mammary gland but do hypothesize it could be the same intracellular pathway (e.g., the lymphatic system) used by IgA molecules. Nevertheless, it is intriguing to think of antibodies and components of the harmful bacteria they are directed against traveling together from maternal gut, to mammary, and finally to milk, all with the ultimate goal of boosting infant immunity.