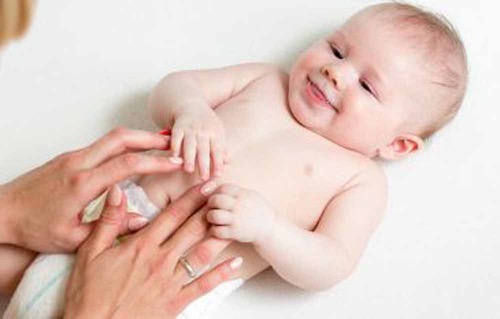 A mother’s genes determine a lot of things about her newborn, and it turns out that their effects extend even to the bacteria that colonize the baby’s gut. The establishment of a baby’s gut microbial community is an important event in a newborn’s life. A new study, conducted by microbial ecologist Zachary Lewis, finds that the gut microbiome of breastfed infants is influenced by the types of sugars present in breast milk [1, 2]. Specifically, a particular gene in mothers that modifies sugars in breast milk influences infants’ gut microbiome.

“This is one of the first in vivo tests to see how the composition of breast milk sugars can affect the gut microbiome,” says Lewis, a postdoctoral fellow in the laboratory of David Mills at the University of California at Davis. The researchers studied a gene called fucosyltransferase 2 (FUT2), which modifies sugars in breast milk. About 20% of mothers in the United States have a natural mutation in FUT2 that renders the gene inactive, and the researchers examined how mothers’ FUT2 status affected babies’ gut microbial communities [3].

Different species of Bifidobacterium have varying preferences for the FUT2-modified sugars. “Some species of bifidobacteria really like those sugars, and others don’t need them as much,” says Lewis. Infants whose mothers had the active form of FUT2 were enriched for bifidobacterial species that liked FUT2-modified sugars, whereas such species were less abundant in infants whose mothers had inactive FUT2.

Bifidobacteria have previously been shown to have various beneficial effects in infants, and are often used as probiotics. “They seem to do a number of things that are good,” says Lewis. This includes reducing inflammation and gut permeability, providing protection from pathogens, and improving immune response to vaccines [4-10].

Although the current study did not look at the health effects of the FUT2-related changes in gut microbes, that’s something the researchers plan to look at in the future. One of the ways they’re addressing this question is by looking in premature babies. “We’ve known for a while that premature babies who receive some of their mother’s milk seem to have lower incidences of diarrheal diseases,” Lewis says. He notes that this effect could potentially be explained by breast milk’s influence on gut microbes, especially given that babies who ingest more bifidobacteria seem to be more resistant to gastrointestinal diseases. “Eating more bifidobacteria seems to be protective, and breast milk helps to get more bifidobacteria,” says Lewis.

Lewis emphasizes that regardless of whether the FUT2 gene is active or inactive, “breast milk still seems to be a very good thing for infants.” Breast milk seems to play an important role in establishing the baby’s microbiome, and by understanding this role, researchers could promote the presence of protective and beneficial species of bacteria in at-risk populations, such as premature infants, Lewis says. Although more testing and validation will be needed before the study’s results can be applied, “now that we know that this effect exists, we can look and try to figure out how to do this,” he says.