From Mice and Cows and Kangaroos to Dairy Industry Value 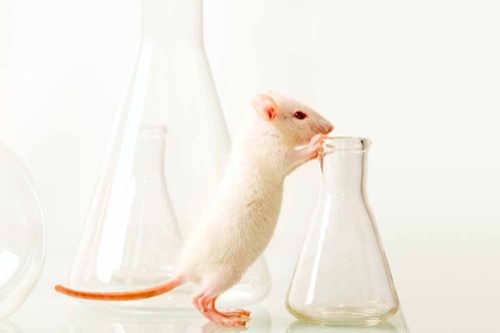 With the development of genomic tools for dairy cows, what value do studies of lactation genomics in mice and other animals hold for dairy innovation? A recent study reported in the January 2013 issue of Physiological Genomics (1) is the latest in a series of studies of lactation in mice that have involved scientists affiliated with the IMGC (2-7). This latest study focused on lactation performance, a correlate of milk output.

The capacity of dairy cows to produce milk varies between cattle breeds and, to a lesser degree, within a breed. Geneticists have been studying and analyzing this variation for many decades and have developed selection procedures to capture the desired traits in more members of dairy herds. This has delivered considerable on-farm productivity increases for milk supply, but it relied on estimating the breeding value of a bull from a lengthy and costly system coupled with widespread herd recording for the important production characteristics or traits.

The genomics era has now introduced DNA-based methods that provide greater accuracy in genotyping and the capability for more rapid selection of desirable traits using molecular breeding values (8). These developments also provide a way to incorporate more complexity in measurements that reflect characteristics that affect the physiology of dairy cows. The key to capitalizing on the power of this technology is to have the appropriate measurements, which can take considerable time when measuring multiple generations of dairy cow lactation performance. This is where laboratory studies with mice can contribute.

So why choose mice? Although not identical, the physiology of the mammary gland is similar between species. The study published last month confirms that there are core physiological events that are reflected in the gene expression patterns of mice, and these are similar to cattle and other species during the lactation cycle. The advantage of studying mice is that they can produce multiple litters in a short space of time and hence have multiple lactations to study. Therefore, we also have the capacity to make lots of relevant measurements for analysis (7). This can help to develop selection procedures that have positive effects on dairy cow health and economic traits yet avoid unwanted deleterious effects, like reduced fertility.

The genetic makeup of an animal can account for variation in traits in two ways: by affecting the structure of a functional protein or by affecting the amount of a protein that is produced. Structural variants that have a major effect have been identified in dairy cows, e.g., in the protein DGAT1 which influences milk fat. The impact of changing levels of gene expression, and thereby the proteins that they produce, is more subtle and is usually the result of multiple changes. It is also influenced by other events, like nutrition and energy use. We can measure these using genomic tools that capture a snapshot of how much a gene is turned on at any one time or place in the body.

There may be thousands of changes occurring from one stage to another, and there is a high level of interconnectivity between the events. However, the events are not random; they are controlled in a coordinated manner. One way to think of it is that they group into patterns, and the change in patterns occurs in waves. An example of how these patterns emerge and change during lactation in mice is shown in the published paper. Interpretation of these patterns by comparing groups of studies like these is emerging, and the results may be assembled into biological networks. Ultimately, this will capture the most robust patterns that explain the complexity of the lactation system, and it can be reduced to key components. The advantage of having simple key measures of a complex system is that it will allow the development of real-time measures that can be incorporated into improving efficient dairy herd management systems.

Consumer health and well-being are key drivers of product innovation for dairy. Sophisticated and real-time measures of milk production could capture valued milk components or assist in split herd management for specified milk composition. Mice can be used as a model here, too. Mouse milk composition varies with the type or strain of mouse, and the way in which it is managed. The impact of this diversity on growth and development characteristics of baby mice can be correlated and followed for the lifetime of the animals.

So, what about the kangaroo? They represent both an extreme example of diversity in milk production and lactation biology, and they have the capacity to demonstrate how varied milk proteins can protect the newborn and affect developing tissues (9-11). Along with other species, they demonstrate the potential of milk, and they shed light on what may be possible with dairy. They also help to define those essential biological elements of any lactation system and so contribute to the development of a simplified system for applications in dairy cow management.

Taken together, the use of mouse laboratory studies and the exploration of diversity in lactation between species will provide a valuable resource for dairy innovation into the future.