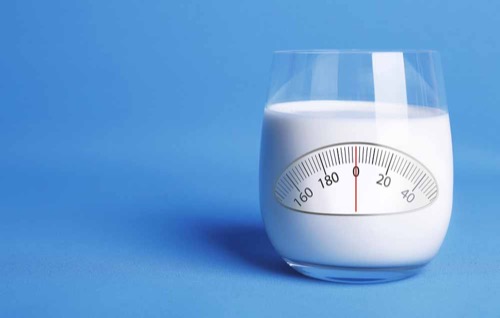 Cow milk evolved to best meet the needs of baby cows, but lucky for human consumers of milk and dairy products, many of those needs cut across species’ boundaries. Take, for example, the numerous anti-inflammatory agents found in cows milk. Although slightly different in degree and type from those found in human milk, several studies demonstrate that these factors, including calcium and the amino acid leucine, influence human markers of inflammation, particularly those related to obesity and the metabolic syndrome [1-6]. And unlike baby cows, humans need not consume a milk-only diet to reap these benefits—even adding just two servings of dairy a day [1-3] can have positive effects on inflammation and, by extension, human health.

The Good Guys and the Bad Guys

When you get a paper cut, you know your immune system is working properly if the site of the cut turns red and swells. These are telltale signs of an acute inflammatory response: increased blood flow to bring in pathogen-fighting white blood cells turns the site red, and the extra fluid moving to the site of the injury makes the area swell. The cellular signals that start this inflammatory response are known as pro-inflammatory cytokines. As long as they are only put into action when needed, they are considered the good guys. These chemical signals earn their black hats, however, when they are found circulating around the body without a hall pass. 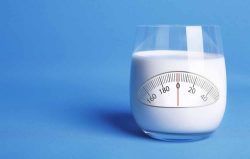 Pro-inflammatory cytokine production is most commonly associated with immune cells, but they are also secreted by adipocytes (aka fat cells). The more fat cells you have, the greater the expression of pro-inflammatory signals such as interleukin 6 (IL-6) and tumor necrosis factor alpha (TNF-α) [7]. As a result, overweight (BMI between 25 and 29.9) and obesity (BMI over 30.0) are often associated with elevated levels of inflammatory markers, referred to as low-grade chronic inflammation.

With no specific injury to respond to, these inflammatory signals circulate the body and wreak havoc on healthy cells and normal metabolic processes. Low-grade chronic inflammation is associated with an increased risk for developing metabolic syndrome—a condition characterized by cardiovascular disease, insulin resistance, and type 2 diabetes [1-6]. Currently, these diseases top the list of preventable causes of death [8]. Although the inflammatory response may be a normal part of the immune system, the chemical signals associated with it have the potential to be extremely dangerous to human health.

As paradoxical as it may sound, food may be one of the best ways to treat obesity-related inflammation. Clearly, weight loss is the ultimate goal—less adipose tissue means fewer fat cells producing inflammatory signals. But small dietary changes may be easier for clinicians and physicians to implement and easier for patients to incorporate into their daily lives than the large-scale changes required for successful weight loss. Moreover, there is strong evidence demonstrating that nutrients are able to modulate an individual’s inflammatory status even in the absence of weight loss [3, 4].

Human milk is well known for its anti-inflammatory properties. Although present in lower concentrations (due to differing needs of baby cows compared to baby humans), cow milk contains many similar anti-inflammatory agents, which may affect human consumers. In addition, cow milk contains many nutrients that also have potent anti-inflammatory actions, including vitamin E, calcium, and the amino acid leucine [1, 3, 4]. Although you can get each of these nutrients from other foods, dairy is unique in providing them simultaneously.

The results of both prospective studies (follow subjects and see what happens to them) and intervention studies (give some subjects an intervention and others a control, test, and compare) both support an anti-inflammatory effect of dairy. The ATTICA study [9], which followed approximately 3000 adults near Athens, Greece for 10 years, found that the concentrations of IL-6 and TNF-α were 9% and 20% lower, respectively, in individuals that consumed >14 servings of dairy per week compared with those consuming <8 servings per week. These results suggest that the addition of just one serving of dairy per day has the potential to modulate an individual’s inflammatory status.

Several intervention studies [1-3] support this finding. Each measured changes in inflammatory markers after the addition of two to three servings of dairy a day versus a soya-based food that was equal in calories. Study subjects consumed both diets, with a washout period in between. Thus, researchers were able to compare the reactions of the same individuals to the same dietary interventions. In a 2010 study, Zemel et al. [3] found that the consumption of 3 dairy smoothies a day for 4 weeks in overweight and obese adult males and females was associated with a significant decrease in IL-6 and TNF-α (and several other markers of inflammation) but found no positive biomarker changes with the soy control. The effect was evident after only one week of the dairy intervention, and the changes increased in magnitude over time (i.e., they never plateaued) [3]. Importantly, the subjects in this study did not lose weight during the study period. Thus, changes in inflammatory markers could not be explained by a reduction in adipose tissue. Food could modulate immune status without concomitant weight loss [3].

A 2017 study by Pei et al. [1] came to similar conclusions as Zemel et al. [3] but did so using an amount and type of dairy similar to what an individual may normally consume. Sixty healthy, premenopausal women were randomized to consume approximately 1.5 cups of low-fat Yoplait yogurt (or roughly two servings of dairy) or soya pudding a day, with each intervention period lasting 9 weeks. Regardless of whether they did the dairy intervention first or second, low-fat yogurt was associated with a reduction in TNF-α , a biomarker of chronic inflammation [1]. Importantly, this finding was true for both obese and non-obese women, suggesting that yogurt may not just treat chronic inflammation but could also be useful in its prevention.

Perhaps one of the more important aspects of Pei et al.’s [1] study design was the use of a commonly consumed yogurt as opposed to one that was fortified with additional probiotics. It demonstrates that important health changes can result from foods that you already have in your refrigerator and consume in quantities that are in line with current U.S. guidelines—no major dietary overhauls required. It will be interesting to see if the results of Pei et al. [1] can be replicated in individuals with type 2 diabetes or cardiovascular disease. If yogurt has similar effects in these individuals as it did in healthy—albeit obese—subjects, there is great potential for yogurt to transcend snack food status and become better known as medicine.