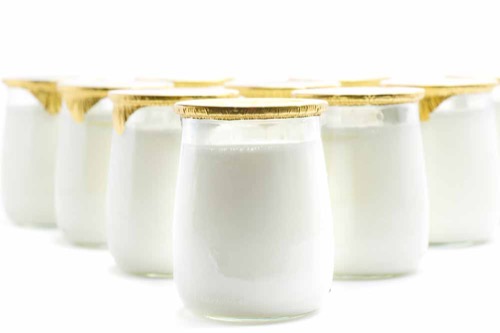 One of the most promising recent developments for fighting cancer is the introduction of treatments based on activating the immune system of the patient to fight the disease (1). A recent report by Aragon et al (2) reported that laboratory mice fed fermented milk had modulated immune responses and slowed tumor growth.

Immune systems are constructed to recognize what is a normal cell and what is abnormal. This is an active process that involves continued surveillance of all tissues looking for signals from affected cells. Under normal circumstances, the immune system does a thorough job, and all cells that flag a problem are detected and carefully removed. Some viruses have evolved ways to evade detection by lowering or removing the flags. A similar thing happens with cancer cells, and they multiply and form tumors that remain undetected by the immune system.

Tumor growth also requires an increase in blood supply (3, 4). In fact, some of the latest anti-cancer drugs target tumor blood supply to cut off the nutrient source required for all the energy needed for continued rapid growth (5).

The molecular and cellular events that lead to formation of cancers are complex and understanding them often requires that they be studied in animals. Cancer biologists have developed many cancer cell lines in the laboratory, and have used these to study the characteristics of tumor growth and for development of new treatments. The mouse mammary cancer cell line 4T-1 is one of these lines. The features of this cell line are equivalent to an advanced stage of breast cancer cells in humans (6, 7).

Blood supply is essential to tumor growth. The tumor promotes the production of new blood vessels that become an integrated part of the tumor and keep the multiplying cells alive. When Aragon et al (2) removed the tumors, they looked closely at how many blood vessels were present. They reported that tumors from mice that received the probiotic supplement had an average level of blood vessels that was approximately 10% of the other groups. The authors concluded that the effect was due to restricted tumor blood supply as a result of modulation of the immune response and reduced inflammation.

The differences in tumor growth in this study are intriguing, albeit observed in a relatively small number of mice. There were clear differences in the treated group, but as with many studies, providing a mechanistic account for such multifarious phenomena in which there is an apparent impact of an oral supplement on a distant and complex biological process is a major challenge. The burden of proof falls back to all scientists working in these areas. As with all research, we don’t expect paradigm shifts from any one study, but rather from the weight of evidence emerging from multiple, reproducible studies. We also need to develop more sophisticated tools and interpretations of biomarkers in the study of complex events, like those we encounter in cancer biology and immunology. This is where advances in genome sciences will take us in the very near future.

6. Aslakson CJ, Miller FR. 1992. Selective events in the metastatic process defined by analysis of the sequential dissemination of subpopulations of a mouse mammary tumor. Cancer Res 52: 1399-1405.