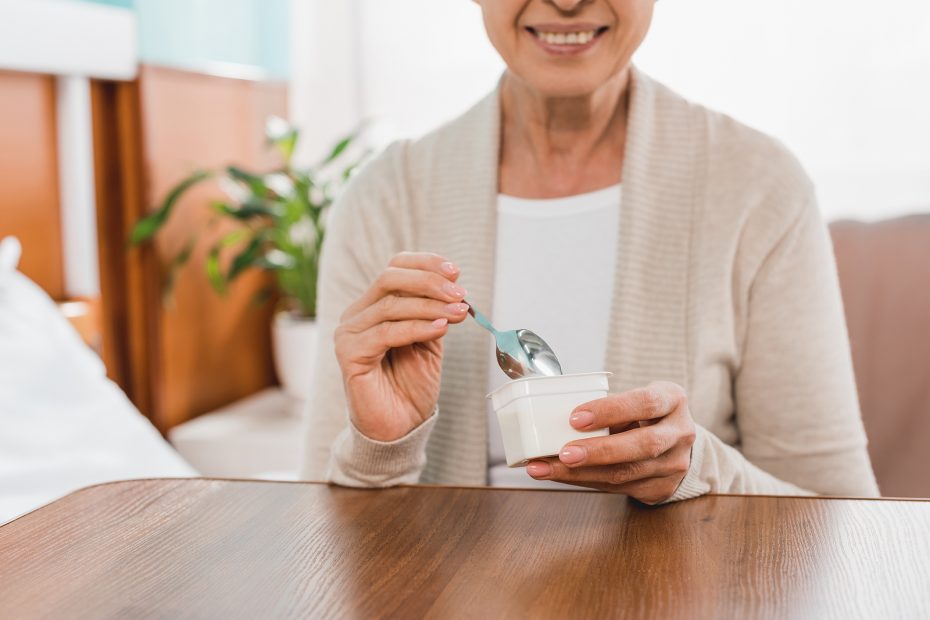 Humans have been consuming fermented dairy foods for nearly 10,000 years, but it’s only recently these foods have attracted scientific attention for their potential health benefits. Fermenting milk prevents colonization and contamination by dangerous microorganisms, with a bonus of making dairy easier to digest by reducing the lactose content. But the process also enriches the final food product with beneficial bacteria, fungi, and biologically active peptides, ingredients that have anti-inflammatory and antioxidant effects on many aspects of human physiology [1, 2]. New research [2-6] extends these beneficial actions to the brain and suggests that consumption of fermented dairy foods could help slow the progression of dementia, including dementia caused by Alzheimer’s disease (AD). Could a prehistoric solution for milk preservation provide a modern-day solution for cognitive decline?

Food with a Function

Fermentation transforms the starter food in taste, texture, and aroma while imbuing it with health benefits not attributable to the starter food. This process sounds like something out of a Harry Potter spell book, but the “magic” is simply the result of microorganisms (bacteria, fungi, or both) breaking down carbohydrates from the starter food into simpler sugars, like alcohol, and organic acids. In yogurt, for example, lactic acid bacteria (LAB) break down lactose into (you guessed it!) lactic acid. These simpler sugars and acids act as natural preservatives by preventing the growth of dangerous microorganisms and give fermented foods their distinctive sour or tart taste [2].

Microorganisms used to ferment dairy foods also make enzymes that break apart milk proteins into smaller peptide chains and free amino acids. Some types of microorganisms, including LAB, even synthesize thiamin, riboflavin, and niacin, and can increase the bioavailability of certain minerals like calcium [2]. These enzymatic activities are the reason that yogurt, kefir, and cheese look and taste different than milk and have nutritional and biological properties beyond those provided by milk, including live cultures of the very microorganisms that started the fermentation process.

These additional properties of fermented dairy foods make them functional foods, meaning they provide positive effects on human health beyond nutrients. Fermented dairy foods deliver microorganisms that are identical to or related to species that are well known for their probiotic activity (LAB, again!). The live cultures in yogurt and kefir can interact with microbes in the host’s gut, outcompete pathogenic strains, and improve the balance of healthy to unhealthy gut microbes [1-7]. Not surprisingly, this directly impacts the health of the intestines and improves digestion and nutrient absorption.

What may be a surprise is the number of physiological, metabolic, and immunological processes throughout the body that are impacted by a shift to a healthier gut microbiome [8]. In the last decade, researchers have found that yogurt intake was associated with a lower risk for type 2 diabetes, cardiovascular disease, bladder cancer, chronic inflammation, and overall mortality, and both yogurt and kefir consumption have been linked to improvements in mental health.

This is Your Brain on Fermented Dairy

The results of these studies imply an association between chronic disease and gut dysbiosis (an imbalance in gut microbiota) [8] and sparked a considerable amount of research on the gut microbiomes of individuals suffering from other chronic diseases, including AD. Compared with healthy controls, gut microbiomes of mouse models of AD and human patients diagnosed with AD were distinct, with less diversity of bacterial species and a higher percentage of strains considered pro-inflammatory [9, 10]. In fact, the differences between healthy and AD gut microbiomes were so distinct that microbiome composition is being proposed as a diagnostic tool for AD [9].

Modifying the gut microbiome with fermented dairy foods offers a potential pathway for treating AD. The gut microbiome and the brain have a bi-directional mode of communication (called the gut-brain axis) via the central nervous system and the gut’s enteric nervous system, which has been called the “second brain” [11]. Signals are sent between the two “brains” through chemical messengers such as hormones, cytokines, immune cells, and neurotransmitters. For example, certain strains of gut bacteria (looking at you, LAB) synthesize gamma-aminobutyric acid (GABA), a neurotransmitter that produces a calming effect. In humans and mice, GABA production from kefir consumption has been linked to improvements in mood.

Research on human subjects indicates consumption of fermented dairy foods brought about improvements in cognitive function, presumably through alterations in the gut microbiome. In a 12-week, double-blinded randomized control trial (RCT), a daily dose (200 ml/day or close to 1 cup) of a fermented milk product improved cognitive function in AD patients between 60 and 95 years of age [reviewed in 6]. Similar results were found with supplementation of healthy adults over 60 [reviewed in 6]. One RCT supplemented healthy older adults for 12 weeks with 180 grams per day (about 0.6 of a cup) of Lactobacillus helveticus (a strain of LAB) fermented in skim milk powder and found improved scores on cognitive tests and another used the same supplement for only eight weeks and noted significant improvement in attention and delayed memory in supplemented participants compared with controls [reviewed in 6].

These findings are remarkable for several reasons. First, the length of time the supplements were provided was between two and three months, and yet the investigators were able to demonstrate a statically significant effect of the supplement. This suggests that changes to the gut microbiome that elicit neuroprotective effects (e.g., anti-inflammatory or antioxidant) can happen rather rapidly. Second, the studies supplemented the participants with quantities similar to (or even less than) what one might consume daily, indicating drastic dietary modifications are not necessary. And finally, the studies were able to demonstrate an effect of diet on cognitive function in healthy patients, suggesting the potential to use fermented dairy foods in prevention of cognitive decline, not just in alleviating symptoms.

To understand what was happening at the cellular level to account for improved cognitive function in humans, researchers turned to mouse models of AD. AD is characterized by loss of neural synapses and neuronal damage caused by the presence of amyloid beta (Aβ) protein plaques around brain cells and intracellular neurofibrillary tangles (NFTs) made of tau protein within brain cells [reviewed in 4, 6]. Microglia are immune cells that scavenge and consume toxic cells in the central nervous system, playing an important role in clearing Aβ and regulating inflammation in the brain. In a mouse model for AD, camembert cheese fermented with the fungus Penicillium candidum reduced the build-up of Aβ protein plaques, decreased the production of inflammatory cytokines in the hippocampus, and improved microglial phagocytosis of Aβ plaque [reviewed in 4]. In another experiment, bioactive peptides produced from whey protein (WY peptides) during digestion of fermented dairy foods improved memory performance in mice by raising the levels of dopamine and monoamine (types of neurotransmitters) in brain tissue [reviewed in 4, 6].

With current AD and dementia pharmaceuticals only able to provide symptomatic relief rather than treat underlying causes, there is a critical need for nutraceuticals (foods that can treat or prevent disease) like fermented dairy as complementary therapeutic interventions [6, 9].